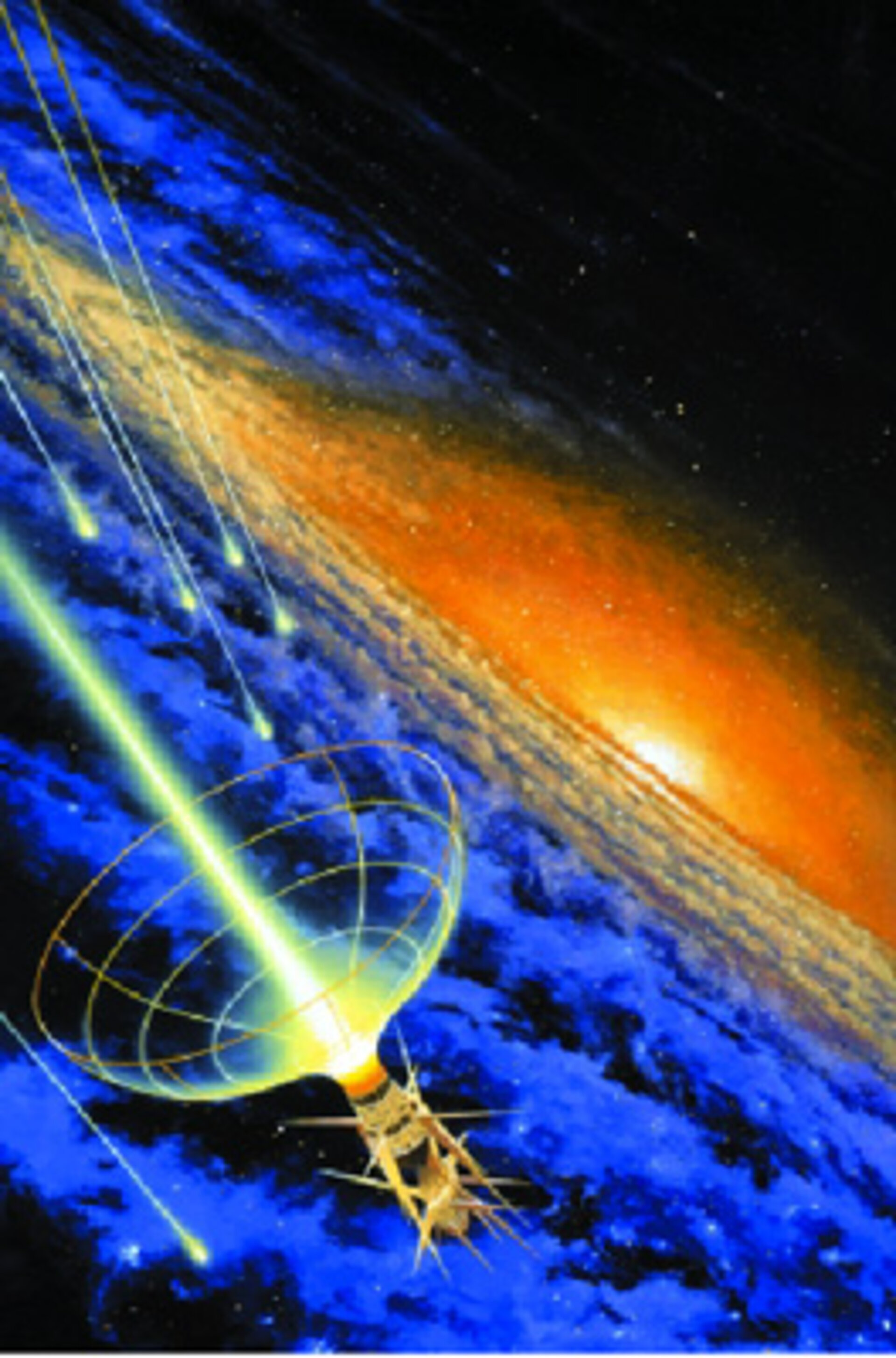 Science fiction movie fans know that, if you want to travel short distances from your home planet, you would use a sublight 'ion drive'. However, is such an ion drive science fiction, or science fact?

The answer lies somewhere in between. Ion engines date back to at least 1959. Two ion engines were even tested in 1964 on the American SERT 1 satellite - one was successful, the other was not.

The principle is simply conventional physics - you take a gas and you ionise it, which means that you give it an electrical charge. This creates positively charged ions of gas, along with electrons. The ionised gas passes through an electric field or screen at the back of the engine and the ions leave the engine, producing a thrust in the opposite direction.

Operating in the near vacuum of space, ion engines shoot out the propellant gas much faster than the jet of a chemical rocket. They therefore deliver about ten times as much thrust per kilogram of propellant used, making them very 'fuel-efficient'.

Although they are efficient, ion engines are very low-thrust devices. The amount of push you get for the amount of propellant used is very good, but they do not push very strongly. For example, astronauts could never use them for taking off the surface of a planet. However, once in space, they could use them for manoeuvring around, if they are not in a hurry to accelerate quickly. Why? Ion drives can get up to high speeds in space, but they need a very long distance to build up to such speeds over time.

Ion engines work their magic in a leisurely way. Electric guns accelerate the ions. If the power for this acceleration comes from the spacecraft's solar panels, scientists call it 'solar-electric propulsion'. Solar panels of the size typically used on current spacecraft can supply only a few kilowatts of power.

A solar-powered ion engine could therefore not compete with the large thrust of a chemical rocket. However, a typical chemical rocket burns for only a few minutes, whereas an ion engine can go on pushing gently for months or even years - as long as the Sun shines and the supply of propellant lasts.

Engineers tested an ion engine as a main propulsion system for the first time using NASA's Deep Space 1 mission between 1998 and 2001. ESA's SMART-1 mission, due for launch in late August 2003, will go to the Moon and demonstrate more subtle operations of the kind needed in future long-distance missions. These will combine solar-electric propulsion with manoeuvres using the gravity of planets and moons for the first time.

SMART-1 will ensure Europe's independence in the use of ion propulsion. Other space science missions are expected to use ion engines for complex manoeuvres close to Earth's orbit. For example, ESA's mission LISA will detect gravitational waves coming from the distant Universe. ESA's future missions to the planets will also use ion engines to send them on their way.

The present-day realities of solar-electric propulsion might not match the movie magic of sci-fi films with spacecraft flying around on our cinema screens. However, ESA's work on SMART-1 and future missions is ensuring that ion drives are now more science fact than science fiction.