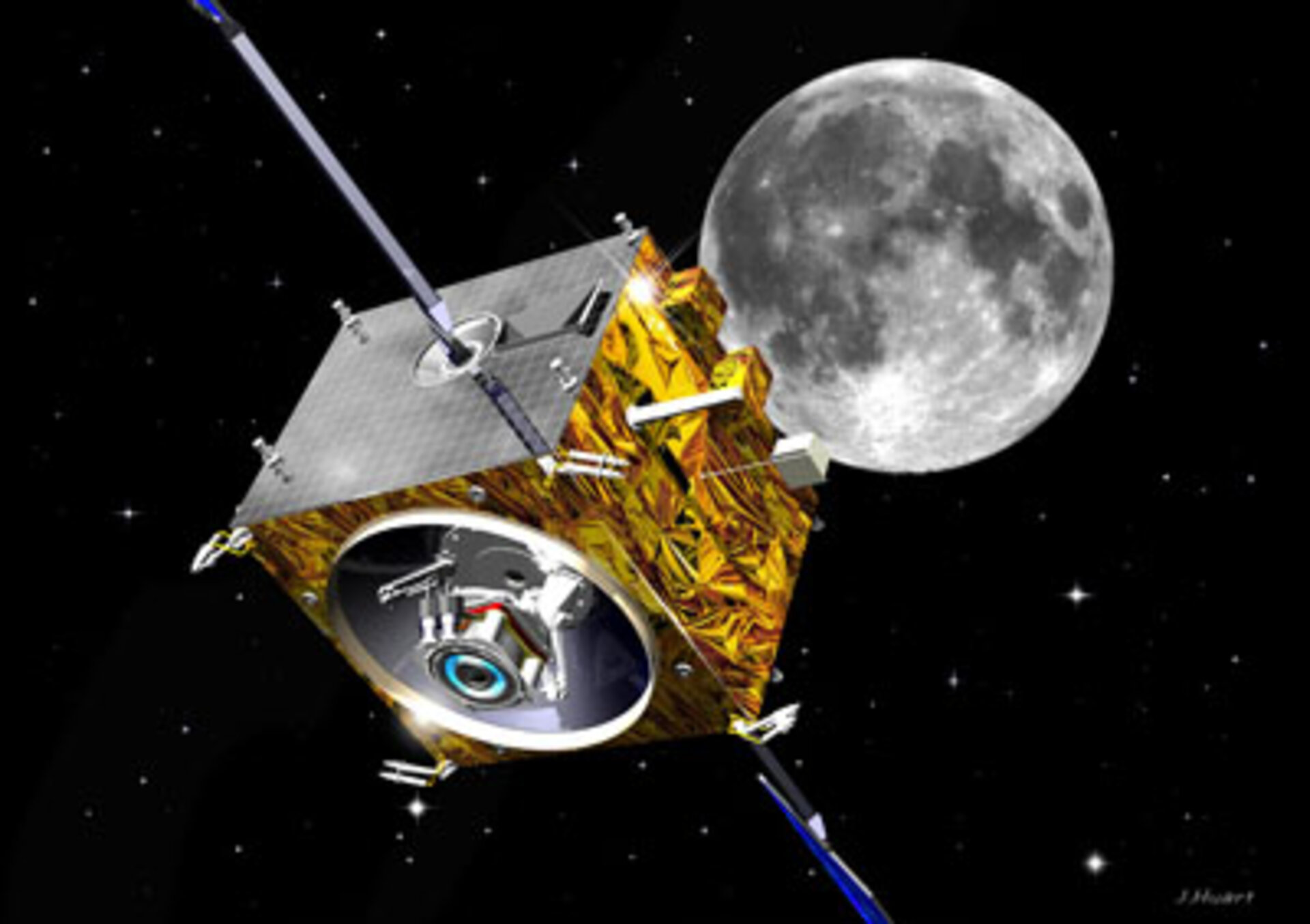 ESA PR 17-2003. The European Space Agency will present its SMART-1 lunar mission to the press on 3 April 2003. The event will take place at the European Space Technology Research Centre (ESTEC), Noordwijk, The Netherlands and will place the mission in its correct scientific, technological and European framework.

SMART-1 is a prototype for space missions of the future. It is a small, low-cost mission that emphasises miniaturisation. It carries ten experiments that will test a host of technological innovations in the context of the first European scientific mission to the Moon.

SMART-1 is the first in a series of "Small Missions for Advanced Research and Technology". The programme is dedicated to finding new solutions that can bring down the cost of space missions and allow more space science to be done for the money. SMART-1 is a precursor of a new philosophy, based on developing lightweight technologies for spacecraft. Accordingly the benefits are not only for space science but the mission technology is also aimed to help maintain the European space industry at the forefront of commercial competitiveness and technological know-how.

The centrepiece of the SMART-1 mission is the testing of solar electric propulsion (SEP), commonly referred to as an ion engine. This is a key technology that will make possible future missions such as Bepi-Colombo to Mercury and the Solar Orbiter. However the use will not just be limited to science; the telecommunications industry is being very attentive, too.

The technology preparation for SMART-1 will be presented at the event. At the same time, SMART-1 is far more than just a technology demonstrator. Although astronauts long ago walked on the Moon, there are many science problems that can only be tackled by global surveying of the kind SMART-1 will do. Its new science instruments will attack some of the most perplexing lunar mysteries, including the formation of the Moon, the search for water ice and the analysis of the lunar crust’s mineral composition.

The SMART-1 day at ESTEC will take the form of a series of presentations by relevant project leaders, and offer the chance to actually view the spacecraft in the test facilities.