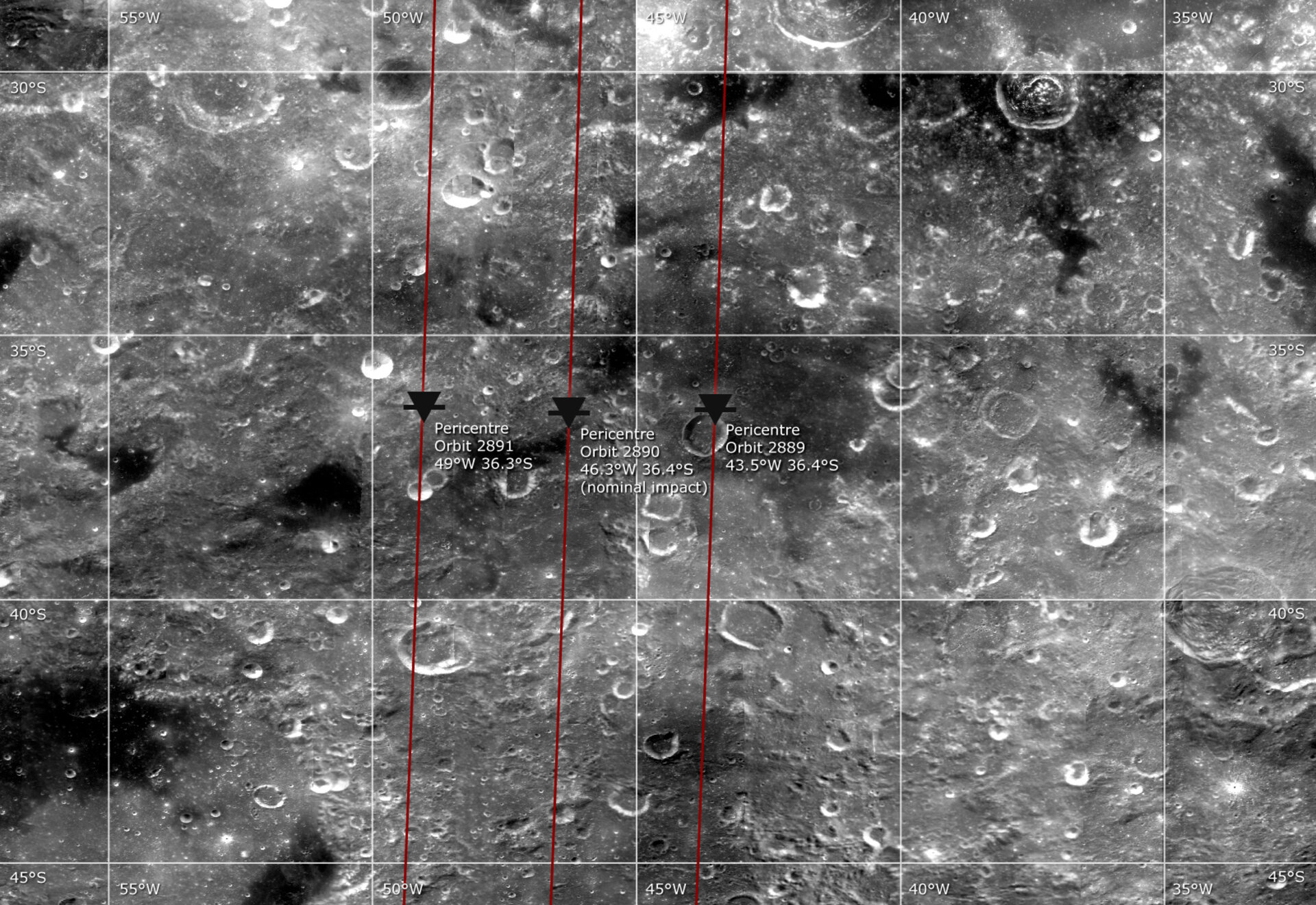 What exactly determines the time of the SMART-1 impact? What causes the uncertainty in the impact time?

The time of impact has been determined by orbit predictions following the major thruster manoeuvres performed from 23 June to 2 July 2006 (plus a few trajectory correction manoeuvres performed on 27 and 28 July 2006) – aimed at changing the impact site from the lunar far-side to the lunar near-side, taking into account the Sun-Earth-Moon gravity perturbations. These make the SMART-1 orbit perilune (point of closest approach to the lunar surface) naturally drift down about one kilometre per orbit.

In determining the impact orbit, ESA's spacecraft control experts are also taking into account the tiny perturbations to the trajectory induced by the small hydrazine thrusters to offload the spacecraft reaction wheels, and some slight additional gravity perturbations. An additional slot is also available for a corrective manoeuvre on 1 and 2 September 2006 if needed, to maintain the impact time as planned and allow ground based observations.

There remains, however, an uncertainty on the time of impact, because the lunar topography is still not completely known. The best lunar topographic maps currently available are based on data from the US Clementine mission in 1994. The laser altimeter experiment (LIDAR) on board provided the spacecraft altitude over a grid of roughly every kilometre. The values in between have been interpolated by the SMART-1 experts, assuming that there are no unknown peaks in those areas.

However, there is still a chance that an unknown peak is just in SMART-1's way as the spacecraft spirals down to the surface. This means that, if encountering terrain about one kilometre high, SMART-1 may hit ground at 02:37 CEST (00:37 UT), at which time the spacecraft will be flying at about 800 metres altitude. This would result in an impact one orbit earlier than the estimated 07:41 CEST (05:41 UT) impact on 3 September. For the same reason, there is even a possibility that impact could happen on 2 September, at 21:33 CEST (19:33 UT).

So, for SMART-1, the last lunar approach orbits will be rather like low-altitude flying with incomplete terrain maps. Results from SMART-1 and the next fleet of lunar orbiters may help to improve maps for future lunar exploration.

"Dependent on the impact times, different parts of the world will have the best seats for the final impact show , some seats in sunlight and others at night", says Bernard Foing, ESA SMART-1 Project Scientist.

If the probe impacts on 3 September at 02:36 CEST (00:36 UT), the impact will be easily visible from South America, Canary Islands (Spain) and the US East coast, and from radio observatories from the US in daylight.

Should the impact occur on 2 September 2006 at 21:33 CEST (19:33 UT), two orbits before the nominal one, then Africa and South Europe would have a clear view just after sunset. Radio observatories from South America can listen to SMART-1's final signal in daylight.