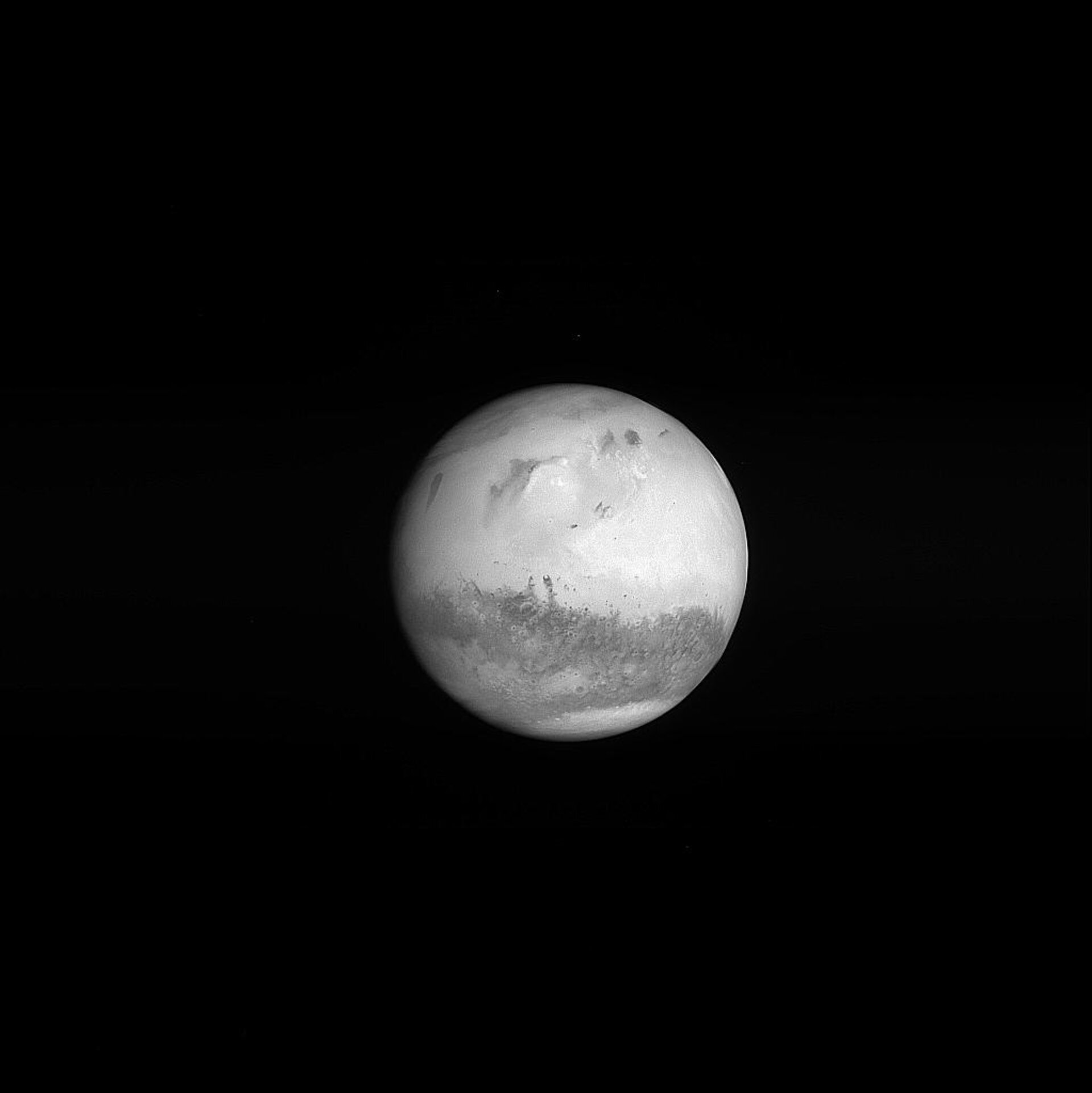 Earlier today, on its approach to Mars, Rosetta's navigation camera (NAVCAM) captured a spectacular image of the Red Planet, just a few hours before the spacecraft's second planetary swingby on its incredible 10-year journey to comet 67P/Churyumov-Gerasimenko.

The navigation camera, together with other orbiter instruments including the OSIRIS camera, the VIRTIS imaging spectrometer and the RPC instrument, started collecting pre-close-approach data around 19:20 CET.

This observation slot began at the end of a specially dedicated ‘slew’ manoeuvre (see animations), which started at 18:35 CET and that changed the orientation of the spacecraft in order to allow these observations.

In the upper left of the black & white image, it is possible to identify the Elysium Mons region centred at approximately 147° East. Mars' equator runs horizontally approximately across the middle of the image.

Just northeast of the 'double finger' feature, visible in the lower half of the disk, is Aeolis Mensae mountain, located at 140° East.

The small double feature visible in the upper-right quadrant is the Cerberus Fossae ridge.

At 23:30 CET, the pre-approach observations of Mars will stop and the spacecraft will be put into 'eclipse mode' until 03:50 CET.

This configuration is needed to avoid having Rosetta enter 'safe mode' due to lack of solar power while swinging behind Mars.

The occurrence of a safe mode would require several hours to reconfigure normal operations and would cause the mission to miss the opportunity to make observations of Mars and its satellite Phobos from up close, just after closest approach.

During the ‘eclipse’ phase, however, the Philae Lander instruments will be activated and will collect data, as they can rely on their own batteries.