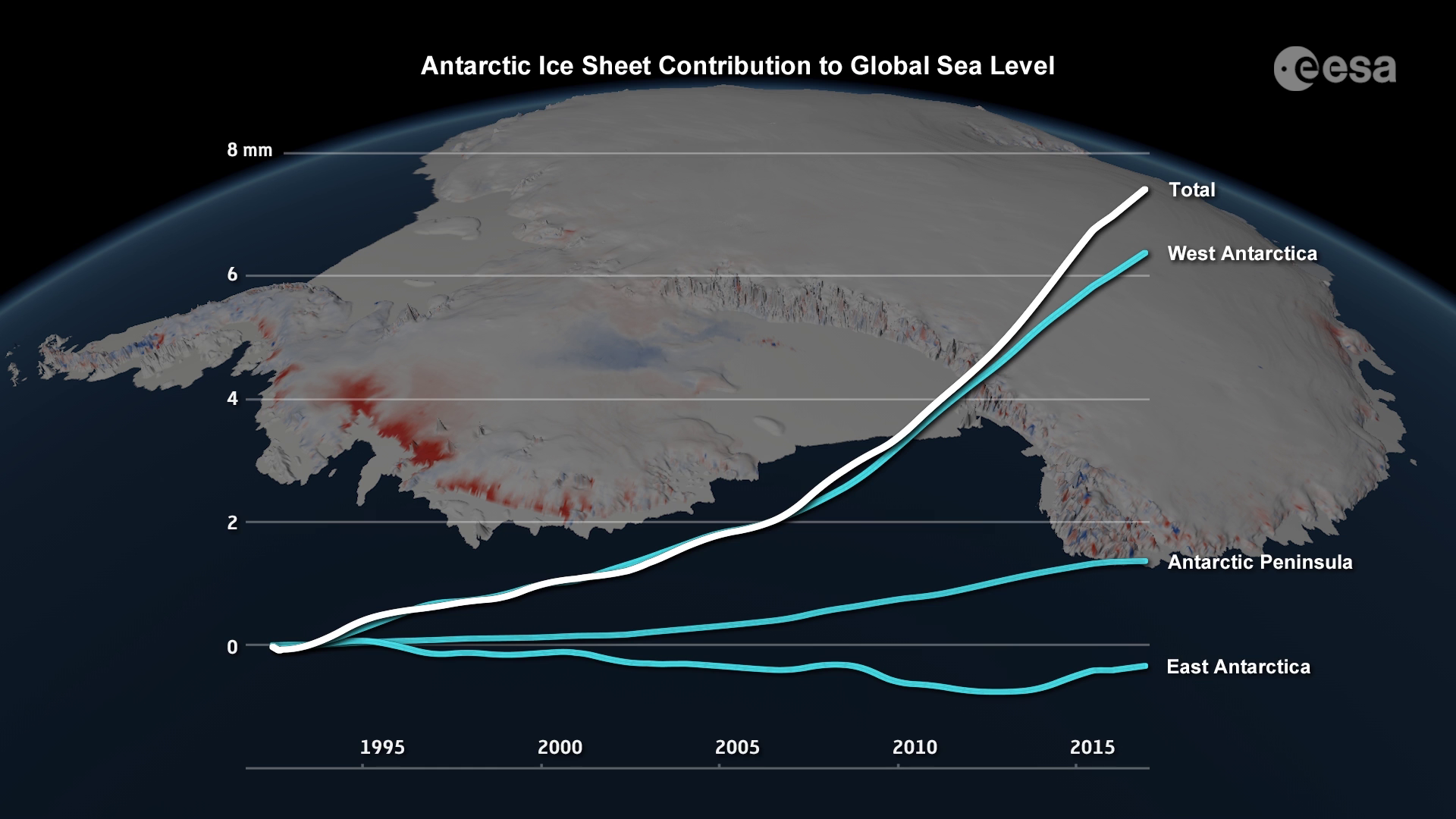 In a major collaborative effort, scientists from around the world have used information from satellites to reveal that ice melting in Antarctica has not only raised sea levels by 7.6 mm since 1992, but, critically, almost half of this rise has occurred in the last five years.

Andrew Shepherd from the University of Leeds in the UK and Erik Ivins from NASA’s Jet Propulsion Laboratory led a group of 84 scientists from 44 international organisations in research that has resulted in the most complete picture to date of how Antarctica’s ice sheet is changing.

Their research, published in Nature, reveals that prior to 2012, when the last such study was carried out, Antarctica was losing 76 billion tonnes of ice a year. This was causing sea levels to rise at a rate of 0.2 mm a year.

Since then, however, Antarctica has been losing ice three times as fast.

This information is key to understanding how climate change is affecting the most remote part of the planet and how this has consequences for the rest of the world.

Prof. Shepherd said, “We have long suspected that changes in Earth’s climate will affect the polar ice sheets. Thanks to the satellites that our space agencies have launched, we can now track their ice losses and global sea-level contribution with confidence.

“According to our analysis, there has been a step increase in ice losses from Antarctica during the past decade, and the continent is causing sea levels to rise faster today than at any time in the past 25 years. 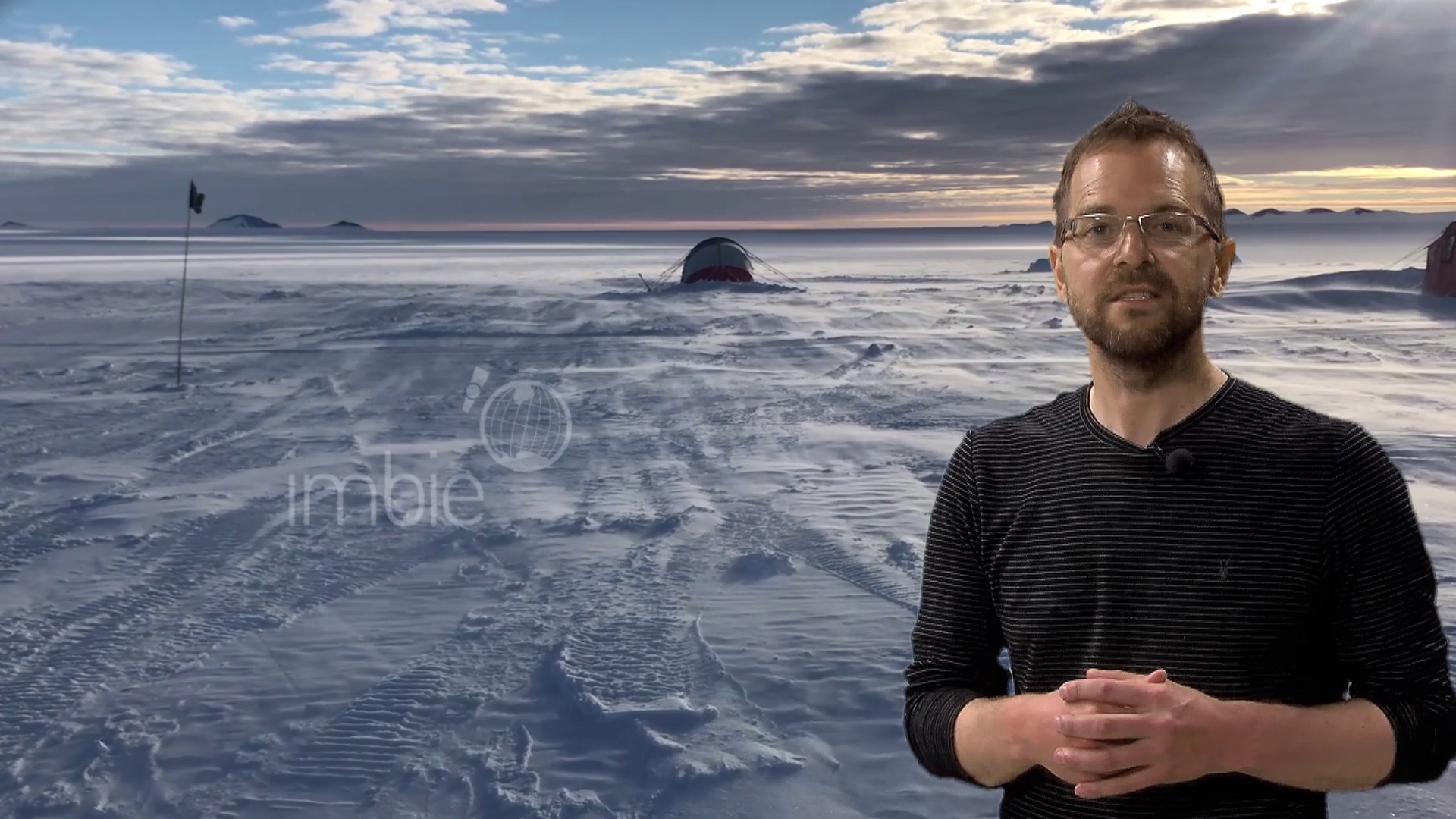 “This has to be a concern for the governments we trust to protect our coastal cities and communities.”

While a number of different satellite missions were used in this assessment, ESA’s CryoSat and the Copernicus Sentinel-1 mission were particularly useful.

The two-satellite Sentinel-1 radar mission, which is used to monitor ice motion, can image Earth regardless of the weather or whether is day or night – which is essential during the dark polar winters.

ESA’s Director of Earth Observation Programmes, Josef Aschbacher, added, “CryoSat and Sentinel-1 are clearly making an essential contribution to understanding how ice sheets are responding to climate change and affecting sea level, which is a major concern.

“While these impressive results demonstrate our commitment to climate research through efforts such as our Climate Change Initiative and scientific data exploitation activities, they also show what can be achieved by working with our NASA colleagues.

“Looking to the future, however, it is important that we have satellites to continue measuring Earth’s ice to maintain the ice-sheet climate data record.”

The threefold increase in ice loss from the continent as a whole is partly down to glaciers flowing faster in West Antarctica and at the Antarctic Peninsula.

Eric Rignot, from NASA’s Jet Propulsion Laboratory, added, “Measurements collected by radar satellites and Landsat over the years have documented glacier changes around Antarctica at an amazing level of precision, so that we have now a very detailed and thorough understanding of the rapid changes in ice flow taking place in Antarctica and how they raise sea level worldwide.”