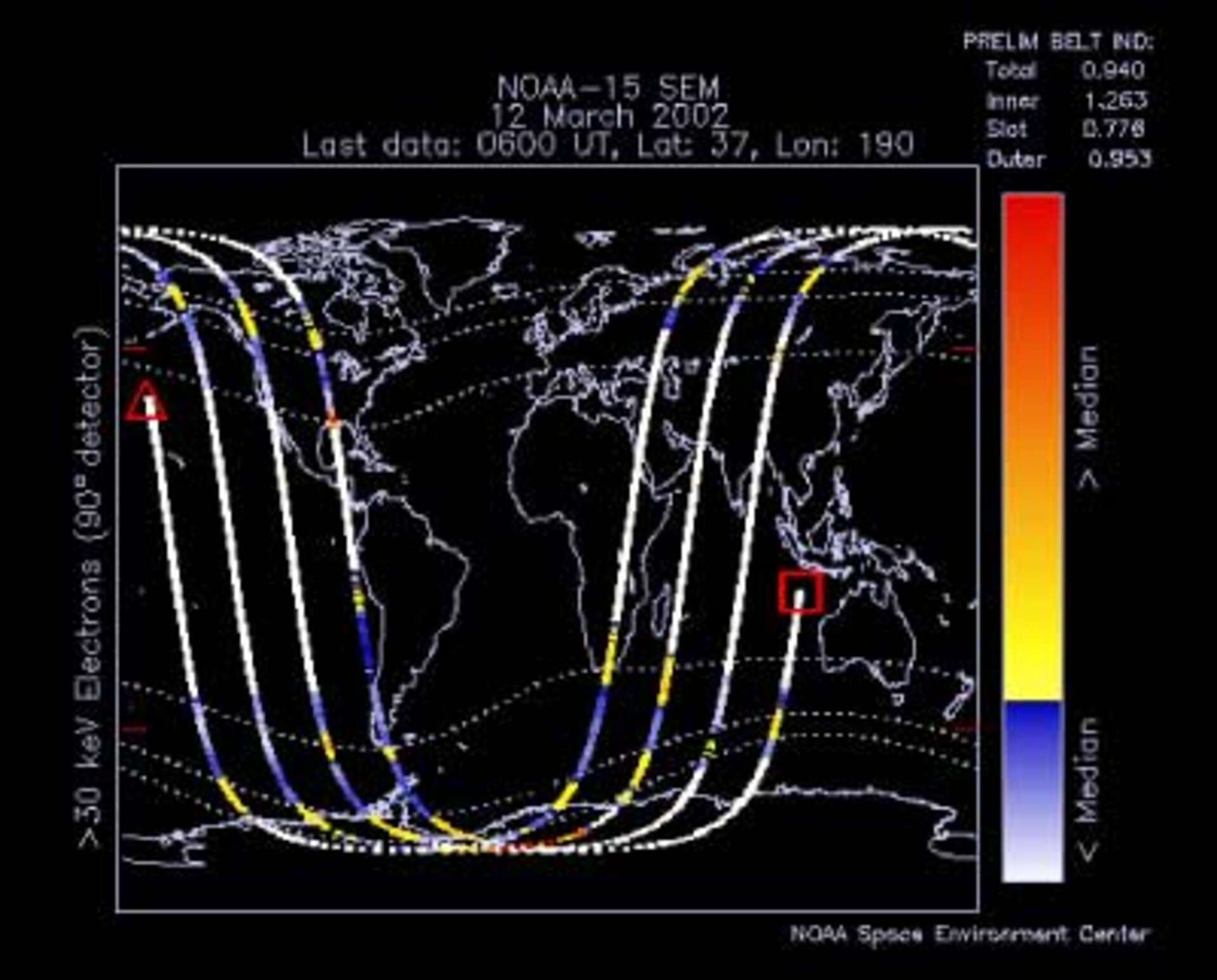 The Sem-2 instrument is one of the non-meteorological instruments on MetOp.

It has been added to the set of American instruments in order to guarantee NASA/NOAA a continuity in the determination of auroral activity, intensities of charged particle radiation within the Earth's atmosphere that can degrade radio communications (occasionally making short wave radio communication impossible in the polar regions), can occasionally disrupt the proper operation of satellite systems, and when intensities are high, increase the radiation dose to astronauts in space.

The Space Environment Service Center (SESC) will process the particle counts received from MetOp, monitor solar activity and the state of the Earth's near space environment. Warnings are issued to advisories and forecasts of conditions are relayed to customers whose systems are affected.

The Space Environment Monitor (SEM) instrument needs to provide valid scientific data. It is necessary to calibrate the sensors six months prior to launch.

The Data Processing Unit (DPU) controls the in-flight calibration of the sensors.

The on-ground calibration has to be performed in a thermal vacuum chamber and stimuli radioactive sources of Nickel 63, Caesium and Americium isotopes are used.