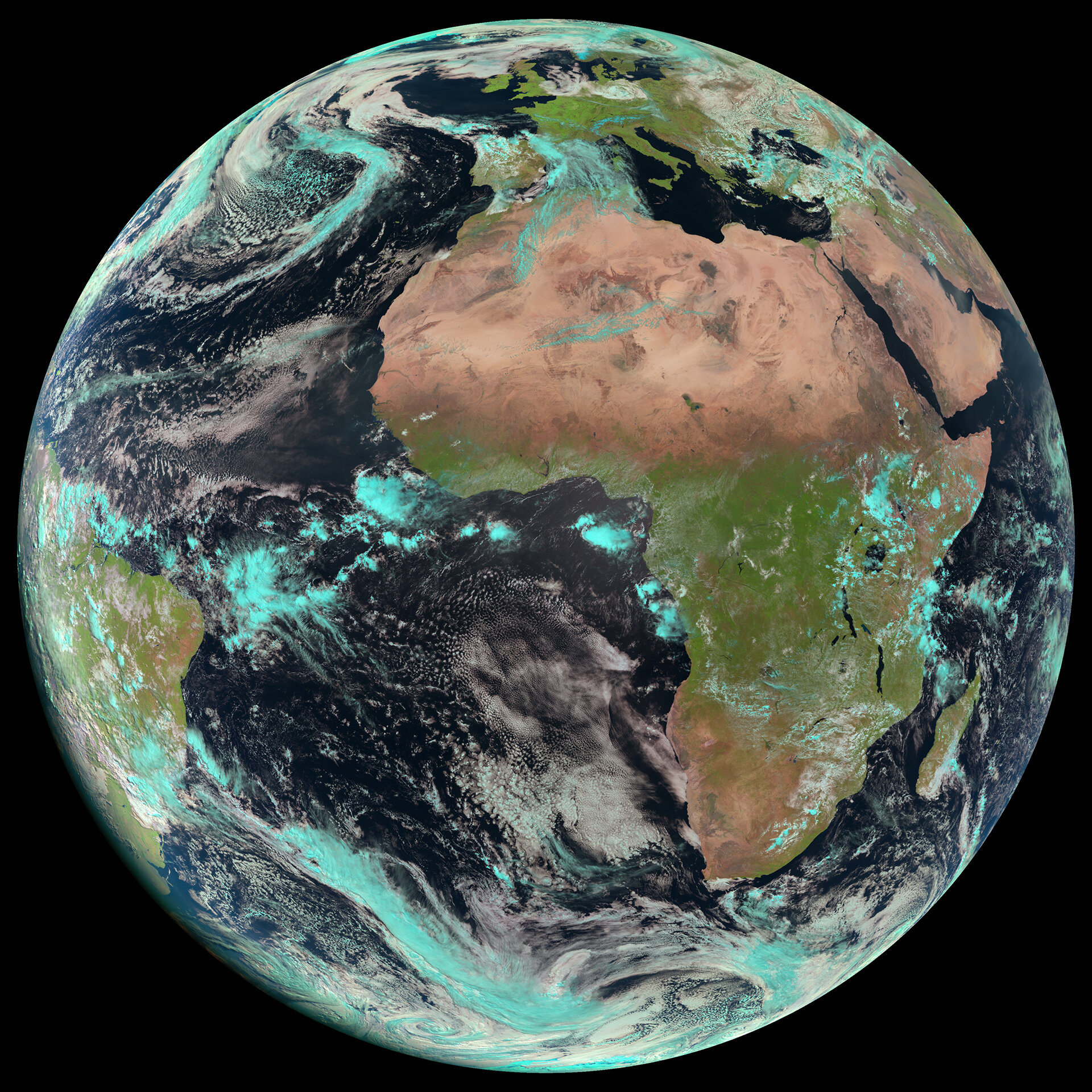 Working together for three decades, ESA and Eumetsat have been instrumental in positioning Europe as a leader in observing Earth from space. Continuing to share a vision, the two organisations have signed a statement that will strengthen Europe in meteorology and climate monitoring, and that will help to take the Copernicus programme into the future.

Thanks to the long-standing cooperation between ESA and Eumetsat, Europe has a fleet of meteorological satellites, both in geostationary orbit hovering 36 000 km above the equator and in polar orbit circling Earth.

From their different orbital perspectives, these two types of satellite mission provide essential information for weather forecasts and to understand climate change.

In addition, both organisations play a key role in the European Commission’s environmental monitoring Copernicus programme where ESA develops the suite of Sentinel satellites, which make up the core of this monitoring network, and Eumetsat operates and delivers the data from a number of these missions.

A statement, signed yesterday by ESA’s Director General, Jan Woerner, and Eumetsat’s Director General, Alain Ratier, at the European Space Week in Tallinn, Estonia, sets out the organisations’ shared goals for the future and their continued cooperation.

Jan Woerner said, “We have been cooperating with Eumetsat since the 1980s to ensure an excellent source of satellite data for meteorology. We built the first and second generation series of the geostationary Meteosat missions and the series of polar-orbiting MetOp missions, which Eumetsat operates.

“As our cooperative venture continues, we are now focusing on the two follow-on series, Meteosat Third Generation and MetOp Second Generation, which both offer enhancements and ensure the continuity of essential information for global weather forecasting and climate monitoring for decades to come.

“As part of our United Space in Europe philosophy, the statement that we have signed is a declaration of our continued commitment to strengthening Europe’s strategy for space.”

Meteosat Third Generation comprises six satellites working in pairs: four imaging and two sounding satellites. The Copernicus Sentinel-4 is to be carried on the sounder satellites.

MetOp Second Generation is also a series of six satellites that work in pairs: the ‘A’ type carries optical instruments while the ‘B’ type focuses on microwave sensors. The Copernicus Sentinel-5 instrument is to be carried on type A.

The agreement highlights the importance of space-based data to Europe’s economy and competitiveness. In addition, it will increase European autonomy in security, defence, climate monitoring, and the management of natural disasters.

Alain Ratier added, “Our cooperation offers meteorological satellite systems that have the highest impact on weather forecasts and that therefore create socio-economic benefits of more than €5 billion a year in the EU.

“This is the foundation for extending our partnership to atmospheric composition and ocean monitoring for Copernicus, together with the EC.”

For the EC’s Copernicus programme, ESA and Eumetsat seek to ensure a new standard of air-quality forecasting so that Europe can better protect the health of citizens with the Sentinel-4 and Sentinel-5 missions.

The current Sentinel-3 mission and the future Sentinel-6 mission, which are operated by Eumetsat, are expected to boost the development of operational oceanography, and a 10-year extension of the existing 25-year climate record in light of the implementation of the Paris Agreement.

In addition, both organisations will coordinate efforts to improve Copernicus data accessibility and user uptake to create new business and innovation opportunities.

Finally, ESA and Eumetsat will implement plans with the EC on the deployment of additional Sentinel satellites to monitor the oceans and atmosphere, in particular to monitor carbon dioxide.