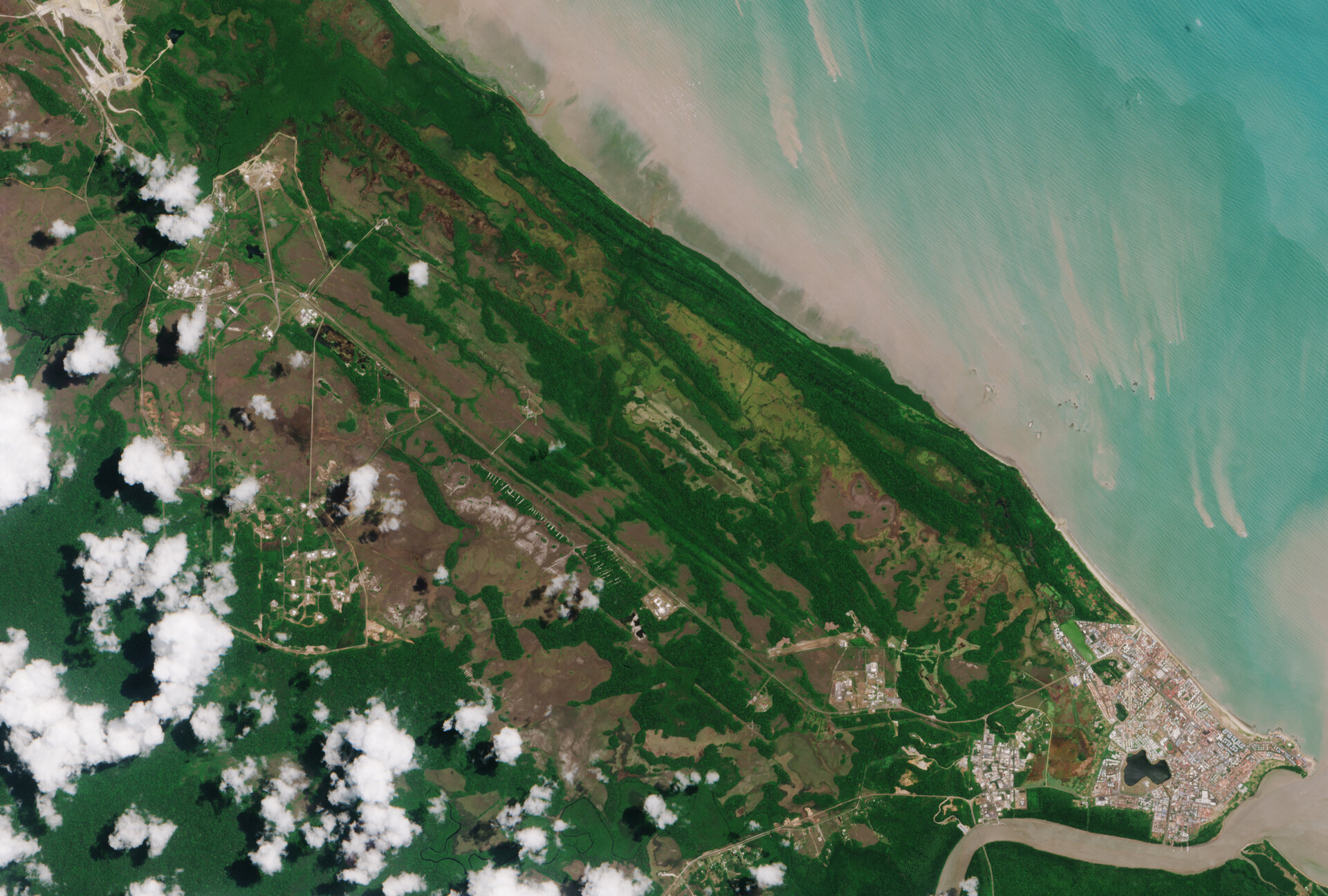 The Copernicus Sentinel-2A satellite takes us over Kourou in French Guiana, with the main town of the same name visible in the lower right.

The launch site at Kourou lies just over 500 km north of the equator and often sits under clouds. While cloudy skies may not prevent a launch, it does affect our view of the pad.  The more recent passes over this area by Sentinel-2A were cloudy; this image was captured on 20 August 2016.

Once Sentinel-2B is in orbit, the two satellites will cover the entire planet between latitudes 84°S and 84°N every five days, increasing the chance of cloud-free imagery.