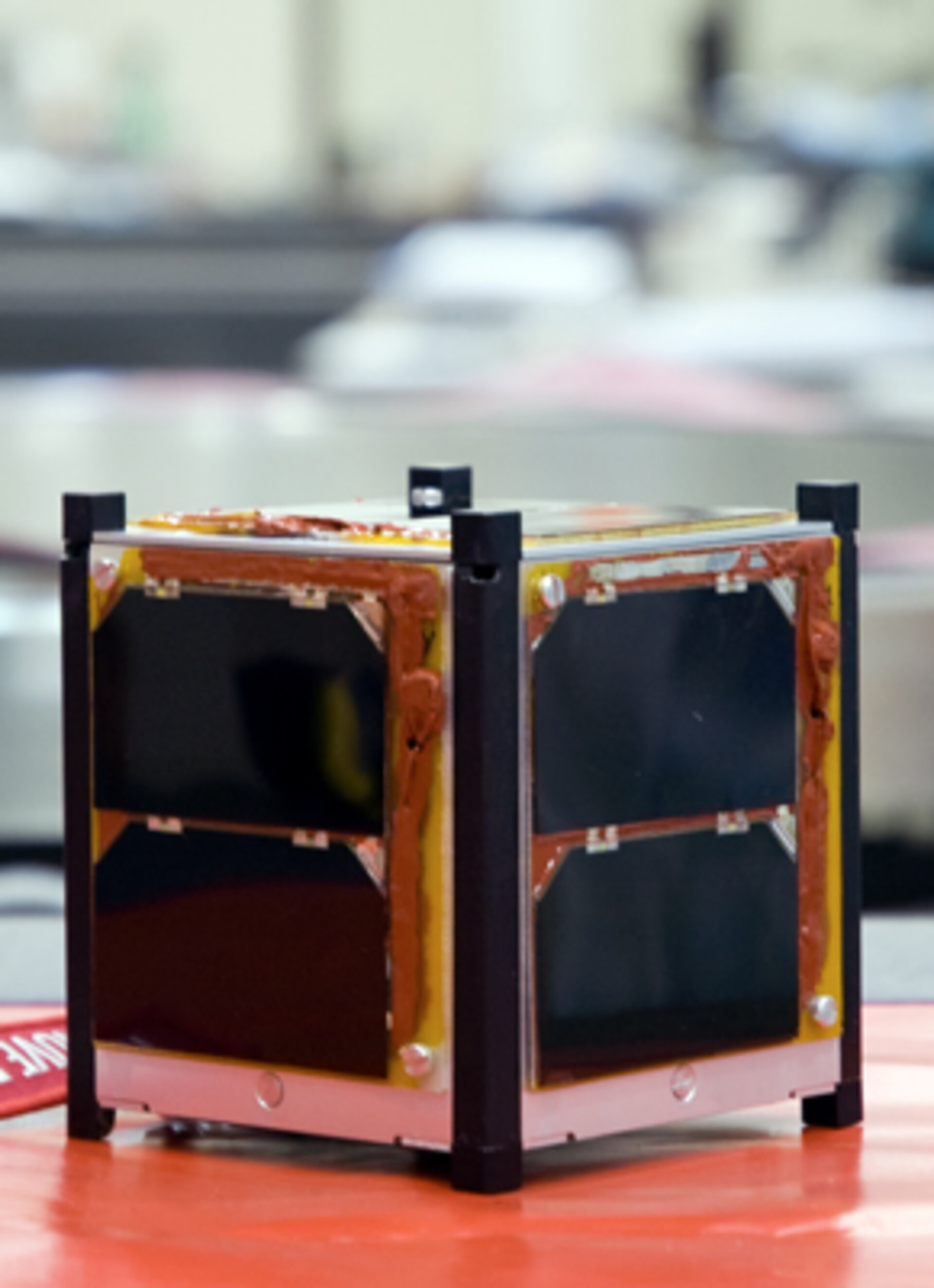 The first CubeSats to be sponsored by ESA’s Education Office have been delivered to the agency’s Space Technology and Research Centre (ESTEC) in the Netherlands.

Integration of these 1 kilogram picosatellites into their deployment systems, named P-PODs (Poly-Picosatellite Orbital Deployer) and the associated testing was completed by mid-November.
They will now undergo a Final Acceptance Review and, if accepted for the flight, will be sent to the European Spaceport at Kourou, French Guiana, to be prepared for launch on the Vega Qualification Flight.

The ESA CubeSat programme began on 28 May 2007, when Antonio Fabrizi, the Director of Launchers, and René Oosterlinck, the Director of Legal Affairs and External Relations, signed an agreement to include an educational payload on the maiden flight of the Vega launch vehicle.

The announcement of opportunity issued by ESA's Education Office in February 2008 offered the possibility of launching up to nine university CubeSats free-of-charge on Europe's newest launcher.

This unique, hands-on, project is now coming to fruition with the integration of the picosatellites – dubbed the 'ESA Cubs' - into their P-PODs. The installation of the first three CubeSats was completed in the clean room at ESTEC on 28 October, with the participation of students and academic staff from the universities which provided the payloads. A second batch of three CubeSats was installed into their P-POD on 9 November.

The integrated and tested P-PODs are scheduled to be delivered to Kourou by the end of November. During the Vega launch campaign, they will be integrated onto the LARES (Laser Relativity Satellite) primary payload structure that will be assembled to the launch vehicle’s upper stage.

The ESA Cubs have been developed by more than 250 university students from six different countries over the last 4 years. Each CubeSat carries its own scientific or technology demonstration payload. The six CubeSats to be launched on Vega in late January 2012 comprise:

A seventh CubeSat is planned to be delivered, installed in a third P-POD and tested during the next two weeks.

The ESA Cubs will be deployed from their different deployment systems mounted on the support structure of the main payload, LARES, into an orbit of 300 x 1450 km at an inclination of 69.5 degrees. They will have a natural orbital lifetime of up to 4 years, depending on their rate of orbital decay due to atmospheric drag.

CubeSats are picosatellites of standardised dimensions (cubes of 10 cm per side, with a maximum mass of 1 kg) which can be operated from university or radio amateur ground stations. They are used as an educational tool that offers hands-on experience to aerospace engineering students in designing, developing, testing and operating a spacecraft system and its ground segment.

The P-POD systems are supplied to ESA by CalPoly (California Polytechnic State University, San Luis Obispo, Ca) in the United States, which is also supporting ESA in the integration and test campaign at ESTEC, as well as the launch campaign in Kourou.

The primary payload on the Vega inaugural flight is the spherical Laser Relativity Satellite, LARES, which is provided by the Italian Space Agency (ASI) and developed by industrial contractor Compagnia Generale per lo Spazio (CGS S.p.A.) in Milan. The accommodation of the CubeSats on the LARES payload structure was made possible by an agreement between ESA and ASI.