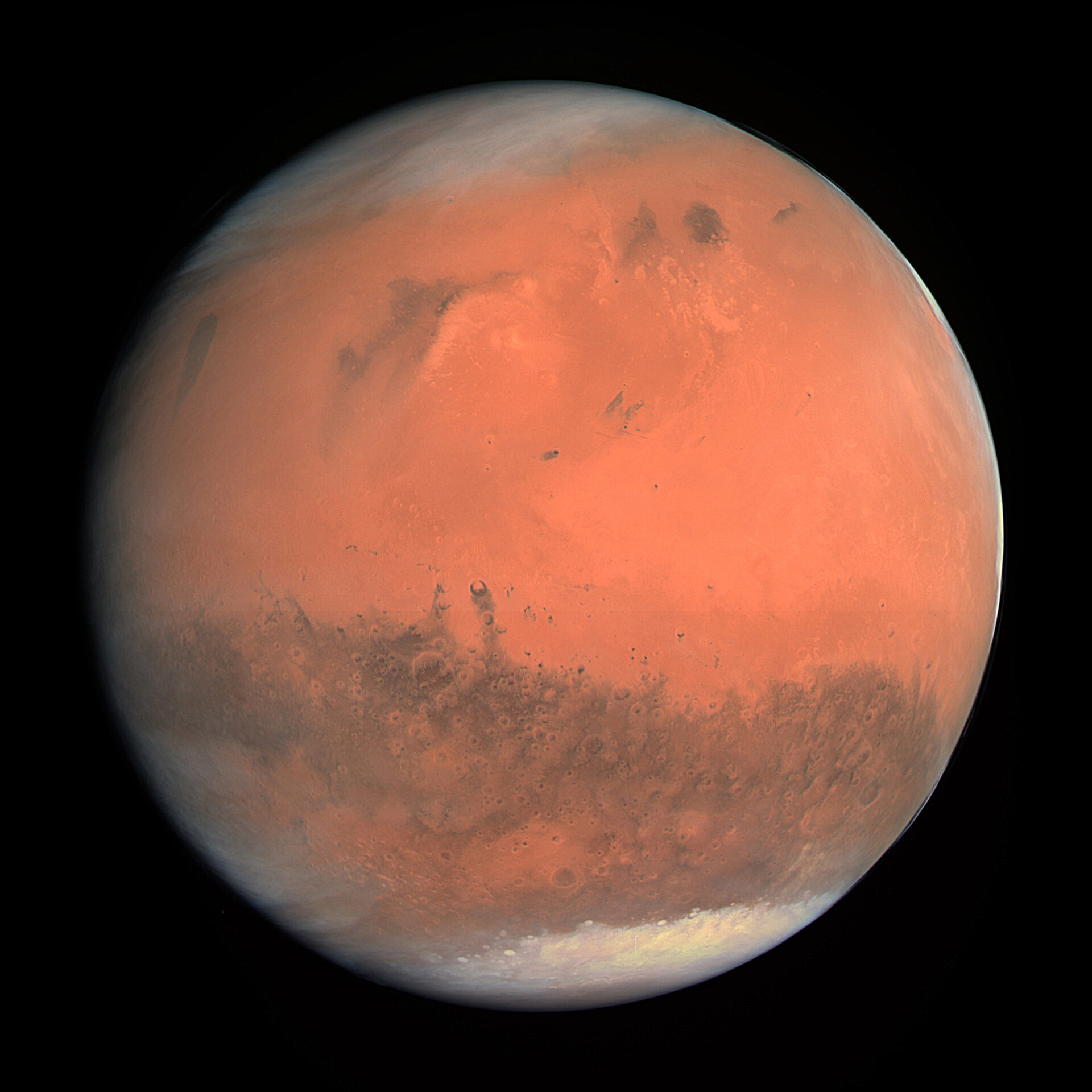 NASA’s Mars 2020 Perseverance rover is due to land on the Red Planet at 21:43 CET on 18 February 2021. In order to communicate with Earth from its landing site in Jezero Crater, the rover will rely on spacecraft orbiting Mars to relay the images and other data it collects back to Earth and pass on the commands from engineers beamed across space in the other direction.

The ESA-Roscosmos ExoMars Trace Gas Orbiter (TGO) is one of these spacecraft. As its orbit takes it over the landing site, TGO will enter communication windows with Perseverance and relay data between Earth and the rover via a network of deep space ground stations on Earth, including ESA’s Estrack network.

The data transmitted by Perseverance in its first hours and days on Mars will be vital to the mission. Did the rover land safely? Are all of its systems functional?

To ensure that this information gets to the engineers on Earth as quickly as possible, TGO and NASA’s mars orbiters will be able to communicate with deep space ground stations on Earth almost twenty four hours a day, seven days a week for the first two weeks after landing. ESA’s ground station network will provide roughly 14 hours a day of this ‘low-latency’ coverage.

The Trace Gas Orbiter is the first of two missions of the ExoMars programme - a joint endeavour between ESA and Roscosmos. ExoMars is attempting to determine whether life has ever existed on the Red Planet. TGO arrived at Mars in October 2016 and is conducting a detailed study of the atmosphere and mapping signatures of water below the planet’s surface. The orbiter is operated from ESA’s European Space Operations Centre in Darmstadt, Germany, where mission controllers already have a lot of experience relaying data from existing Mars landers.

“The orbiter usually supports one relay session per lander per day, but from 18 February, we will be supporting an additional two sessions per day for Perseverance,” says Schmitz. “From then on, TGO will relay twice the volume of data to and from the surface of Mars as it does now.”

In total, Perseverance will communicate with NASA or ESA Mars orbiters at least twice a day, and typically four to six times. During these sessions, data and images will be sent to NASA to help the operations team plan the rover’s activities for the following days.

Mars Express is Europe’s first mission to the Red Planet. Since beginning operations in 2004, the durable orbiter has helped answer fundamental questions about the geology, atmosphere, surface environment, history of water and potential for life on Mars.

The high-resolution camera on board Mars Express has sent back thousands of dramatic, 3D views of the martian surface, including those used to produce a virtual flight over Jezero Crater, the planned landing site for Perseverance.

The Mars Express Planetary Fourier Spectrometer (PFS) is monitoring local conditions at Jezero Crater. The information it collects is passed on to the Perseverance Entry, Descent and Landing (EDL) team at NASA and is included in their daily report during the two weeks leading up to the landing.

“The engineers working with EDL systems need precise information on the density of the Martian atmosphere above the site at the time of landing and how it changes with altitude,” says Marco Giuranna, PFS Principal Investigator from Istituto Fisica Spazio Interplanetario in Rome, Italy.

“Having up-to-date knowledge of the temperature, pressure, dust and ice conditions in the atmosphere is crucial for understanding its density and predicting and analysing the trajectory of the rover’s descent to the surface of the Red Planet.”

Follow @esaoperations on Twitter for live updates as TGO establishes communications with Perseverance at 02:07 CET on 19 February.