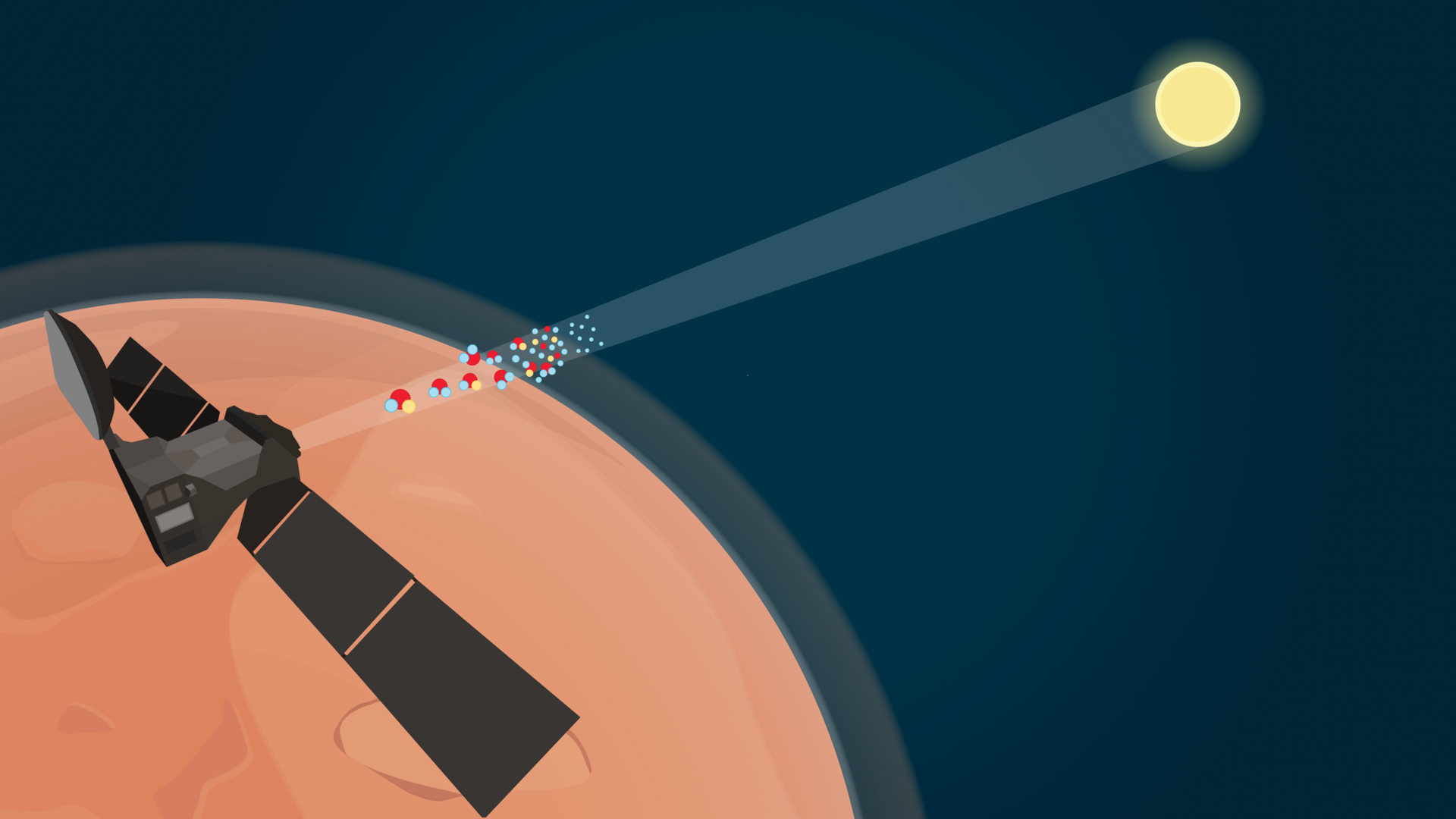 Sea salt embedded in the dusty surface of Mars and lofted into the planet’s atmosphere has led to the discovery of hydrogen chloride – the first time the ESA-Roscosmos ExoMars Trace Gas Orbiter has detected a new gas. The spacecraft is also providing new information about how Mars is losing its water.

A major quest in Mars exploration is hunting for atmospheric gases linked to biological or geological activity, as well as understanding the past and present water inventory of the planet, to determine if Mars could ever have been habitable and if any water reservoirs could be accessible for future human exploration. Two new results from the ExoMars team published today in Science Advances unveil an entirely new class of chemistry and provide further insights into seasonal changes and surface-atmosphere interactions as driving forces behind the new observations.

“We’ve discovered hydrogen chloride for the first time on Mars. This is the first detection of a halogen gas in the atmosphere of Mars, and represents a new chemical cycle to understand,” says Kevin Olsen from the University of Oxford, UK, one of the lead scientists of the discovery.

Hydrogen chloride gas, or HCl, comprises a hydrogen and chlorine atom. Mars scientists were always on the look-out for chlorine- or sulphur-based gases because they are possible indicators of volcanic activity. But the nature of the hydrogen chloride observations – the fact that it was detected in very distant locations at the same time, and the lack of other gases that would be expected from volcanic activity – points to a different source. That is, the discovery suggests an entirely new surface-atmosphere interaction driven by the dust seasons on Mars that had not previously been explored. 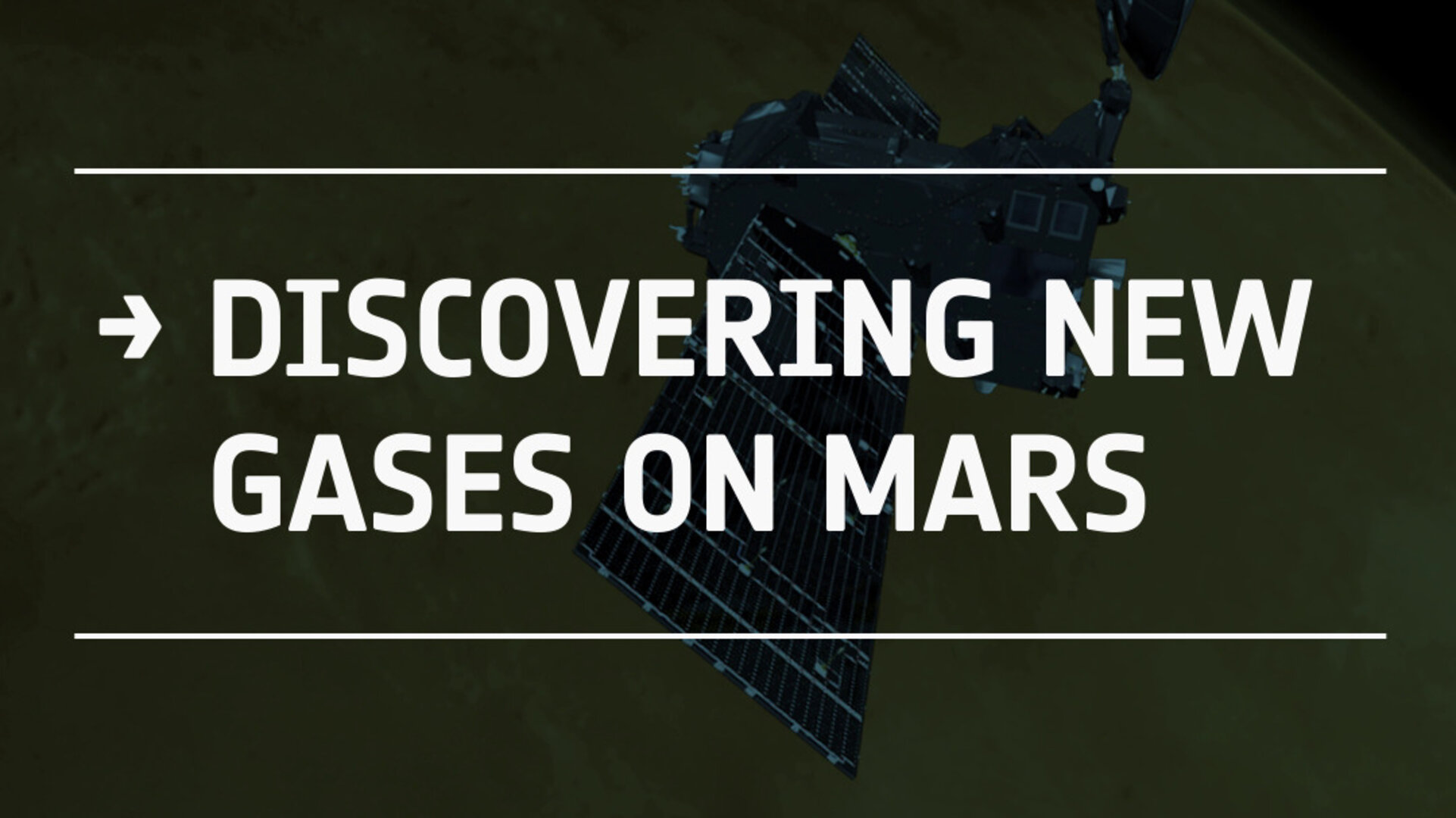 In a process very similar to that seen on Earth, salts in the form of sodium chloride – remnants of evaporated oceans and embedded in the dusty surface of Mars – are lifted into the atmosphere by winds. Sunlight warms the atmosphere causing dust, together with water vapour released from ice caps, to rise. The salty dust reacts with atmospheric water to release chlorine, which itself then reacts with molecules containing hydrogen to create hydrogen chloride. Further reactions could see the chlorine or hydrochloric acid-rich dust return to the surface, perhaps as perchlorates, a class of salt made of oxygen and chlorine.

“You need water vapour to free chlorine and you need the by-products of water – hydrogen ­– to form hydrogen chloride. Water is critical in this chemistry,” says Kevin. “We also observe a correlation to dust: we see more hydrogen chloride when dust activity ramps up, a process linked to the seasonal heating of the southern hemisphere.”

The team first spotted the gas during the global dust storm in 2018, observing it appear simultaneously in both northern and southern hemispheres, and witnessed its surprisingly quick disappearance again at the end of the seasonal dusty period. They are already looking into the data collected during the following dust season and see the HCl rising again.

“It is incredibly rewarding to see our sensitive instruments detecting a never-before-seen gas in the atmosphere of Mars,” says Oleg Korablev, principal investigator of the Atmospheric Chemistry Suite instrument that made the discovery. “Our analysis links the generation and decline of the hydrogen chloride gas to the surface of Mars.”

Extensive laboratory testing and new global atmospheric simulations will be needed to better understand the chlorine-based surface-atmosphere interaction, together with continued observations at Mars to confirm that the rise and fall of HCl is driven by the southern hemisphere summer.

As well as new gases, the Trace Gas Orbiter is refining our understanding of how Mars lost its water – a process which is also linked to seasonal changes.

Liquid water is once thought to have flowed across the surface of Mars as evidenced in the numerous examples of ancient dried out valleys and river channels. Today, it is mostly locked up in the ice caps and buried underground. Mars is still leaking water today, in the form of hydrogen and oxygen escaping from the atmosphere.

Understanding the interplay of potential water-bearing reservoirs and their seasonal and long-term behavior is key to understanding the evolution of the climate of Mars. This can be done through the study of water vapour and ‘semi-heavy’ water (where one hydrogen atom is replaced by a deuterium atom, a form of hydrogen with an additional neutron). 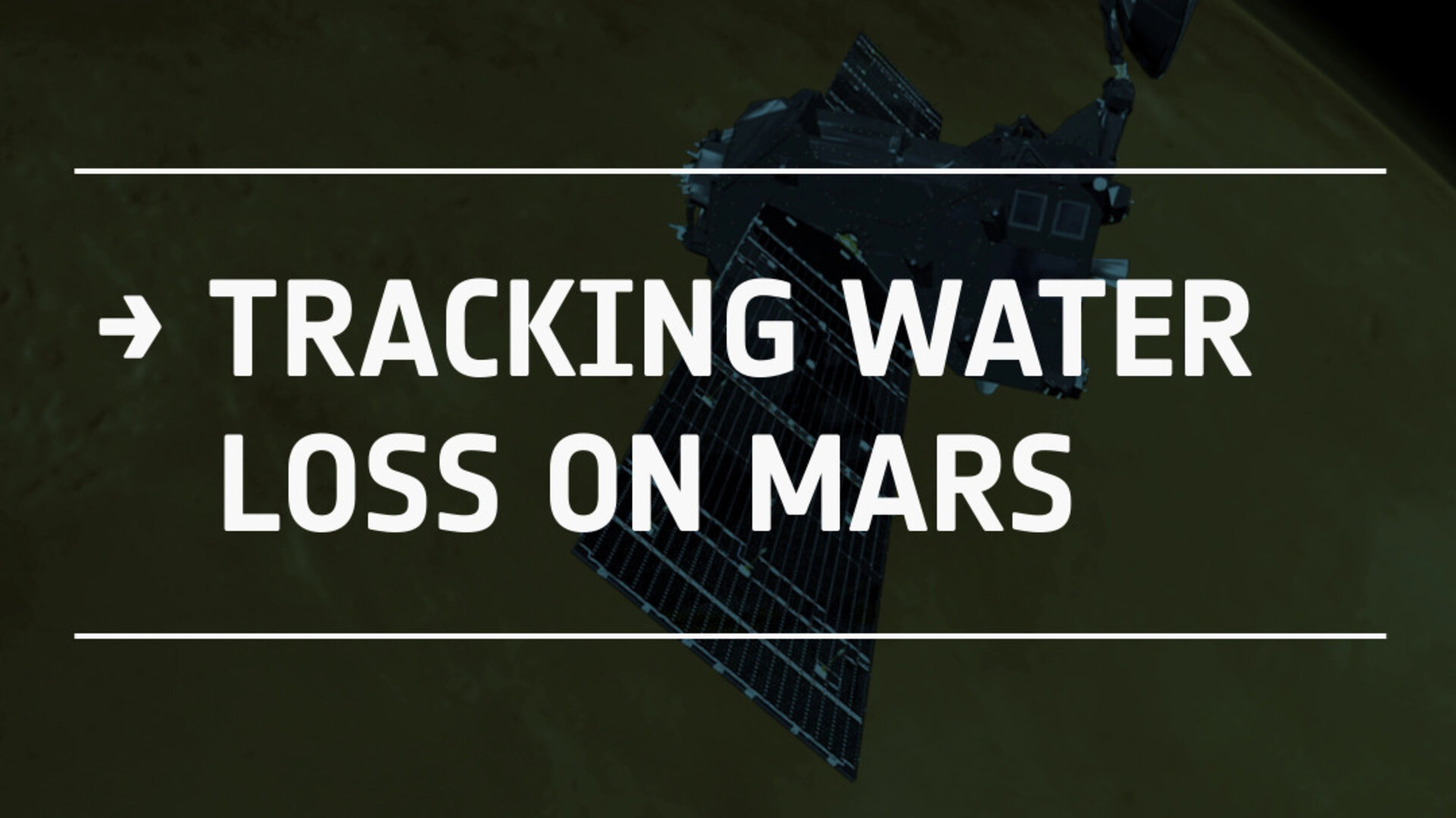 Tracking the history of water on Mars
Access the video

“The deuterium to hydrogen ratio, D/H, is our chronometer – a powerful metric that tells us about the history of water on Mars, and how water loss evolved over time. Thanks to the ExoMars Trace Gas Orbiter, we can now better understand and calibrate this chronometer and test for potential new reservoirs of water on Mars,” says Geronimo Villanueva of NASA’s Goddard Space Flight Center and lead author of the new result.

“With the Trace Gas Orbiter we can watch the path of the water isotopologues as they rise up into the atmosphere with a level of detail not possible before. Previous measurements only provided the average over the depth of the whole atmosphere. It is like we only had a 2D view before, now we can explore the atmosphere in 3D,” says Ann Carine Vandaele, principal investigator of the Nadir and Occultation for MArs Discovery (NOMAD) instrument that was used for this investigation.

The new measurements reveal dramatic variability in D/H with altitude and season as the water rises from its original location.“Interestingly, the data show that once water is fully vapourised, it mostly displays a common large enrichment in semi-heavy water, and a D/H ratio six times greater than Earth’s across all reservoirs on Mars, confirming that large amounts of water have been lost over time,” says Giuliano Liuzzi of American University and NASA’s Goddard Space Flight Center and one of the lead scientists of the investigation.

ExoMars data collected between April 2018 and April 2019 also showed three instances that accelerated water loss from the atmosphere: the global dust storm of 2018, a short but intense regional storm in January 2019, and water release from the south polar ice cap during summer months linked to seasonal change. Of particular note is a plume of rising water vapour during southern summer that would potentially inject water into the upper atmosphere on a seasonal and yearly basis.

Future coordinated observations with other spacecraft including NASA’s MAVEN, which focuses on the upper atmosphere, will provide complementary insights to the evolution of water over the martian year.

“The changing seasons on Mars, and in particular the relatively hot summer in the southern hemisphere seems to be the driving force behind our new observations such as the enhanced atmospheric water loss and the dust activity linked to the detection of hydrogen chloride, that we see in the two latest studies,” adds Håkan. “Trace Gas Orbiter observations are enabling us to explore the martian atmosphere like never before.”

"Transient HCl in the atmosphere of Mars" by Korablev et al, and "Water heavily fractionated as it ascends on Mars as revealed by ExoMars/NOMAD" by G. Villanueva et al are published in the 10 February 2021 issue of Science Advances.

The papers are based on data collected by the ACS and NOMAD instruments onboard the ESA-Roscosmos ExoMars Trace Gas Orbiter.

A forthcoming paper "Seasonal reappearance of HCl in the atmosphere of Mars during the Mars year 35 dusty season" by K. Olsen et al has been accepted for publication in Astronomy & Astrophysics.