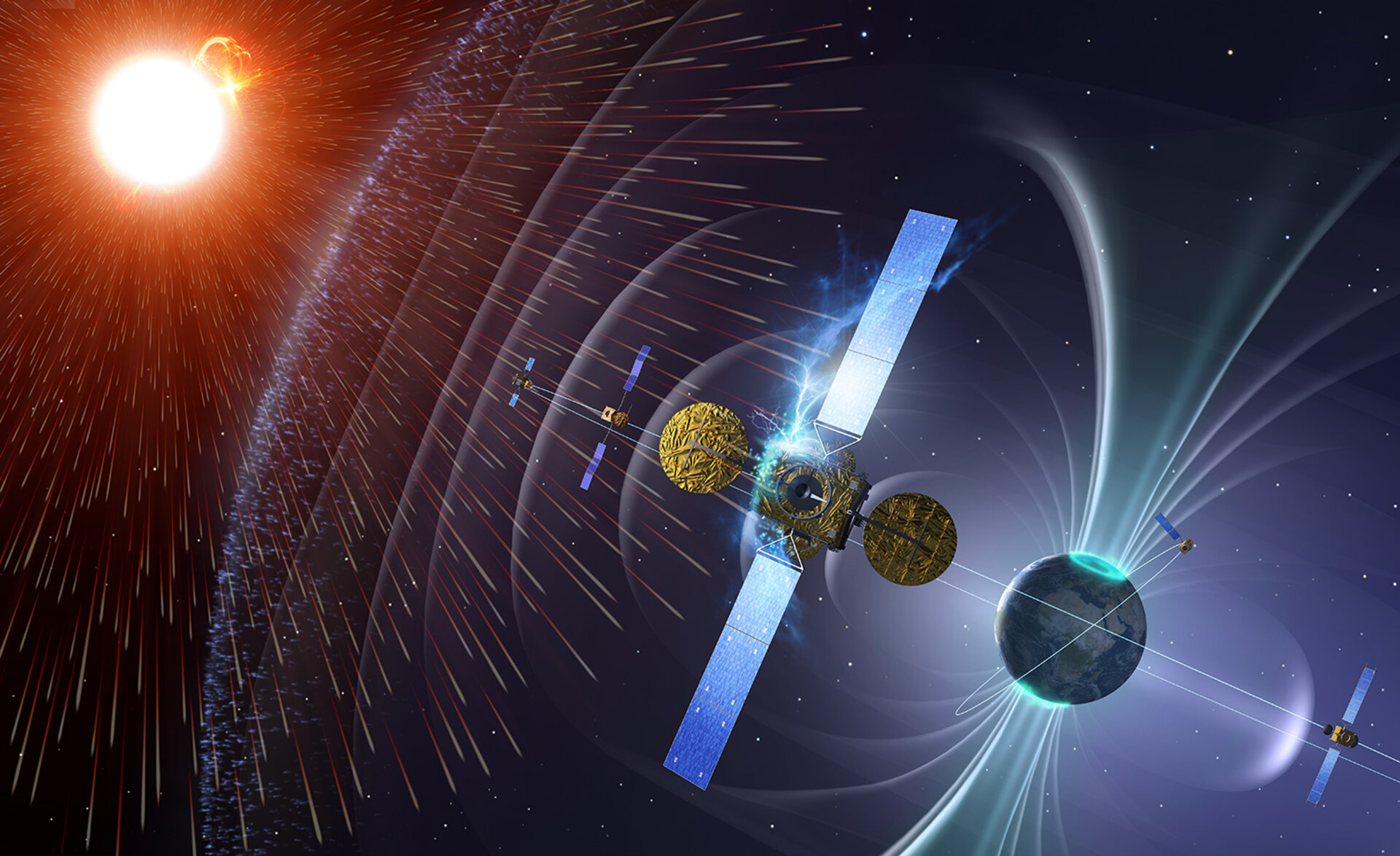 ESA spacecraft dotted across the inner Solar System carried out a census of deep space radiation during an entire 11-year solar cycle – and discovered a location where radiation levels remained mysteriously lower than elsewhere.

The survey was based mainly on results from a shoebox-sized instrument called the Standard Radiation Environment Monitor (SREM), placed aboard several ESA spacecraft.

“The SREM has been flown on multiple ESA missions, mainly for engineering purposes,” says ESA astronomer Erik Kuulkers. “It is used to monitor the rates of highly energetic particles that can cause damage to spacecraft components – as well as living tissue.”

“Its results help us to protect spacecraft systems by alerting us to high radiation events, so we can switch operating modes accordingly,” adds ESA space environment specialist Hugh Evans. “SREM data have also served to improve the accuracy of our radiation environment models.”

“But as this study demonstrates, the instrument’s data also have wider scientific value,” explains Thomas Honig, the ESA trainee overseeing the study.

“Our focus here was on galactic cosmic rays – protons and heavy atomic nuclei, typically produced by supernovas or other violent cosmic events – to see how their incidence changed in line with the shifting nature of our own Sun as it went through its 11-year solar cycle.”

The work was based on cross-calibrated results from the SREM units on ESA’s Rosetta comet chaser beyond Mars; the Herschel infrared and Planck microwave observatories at Lagrange point 2, 1.5 million km from Earth; the Integral gamma-ray observatory with its elongated orbit that takes it a maximum 153 000 km from Earth; and the Proba-1 Earth-observing mission in a 600-km altitude Earth orbit.

“We were able to observe the same radiation from different locations in the Solar System using mostly the same instrument,” says ESA planetary scientist Olivier Witasse.

“We found that the intensity of galactic cosmic rays within the inner Solar System are related to the Sun’s current activity, because the Sun’s magnetic field and solar wind can cause them to dissipate – in the same way that Earth’s own magnetic field keeps us safe from space radiation.”

A ‘radial gradient’ was also observed, due to the diminishing shielding provided by the solar magnetic field towards the outer solar system.

To ensure the count rates they were collating came from cosmic rays rather than other radiation sources, the team used the highest-energy channel of the SREM. They also eliminated time periods known to be associated with ‘solar proton events’ from Sun-emitted particles, using ESA’s Solar Proton Event Archive gathered from satellites in geostationary orbit. In the case of Integral, whose orbit passes through energetic particles trapped within Earth’s magnetic field, only high-altitude data was included.

Rosetta was the most far-travelled of all the missions, venturing up to 4.5 times the distance from Earth to the Sun due to its rendezvous with target Comet 67P/Churyumov–Gerasimenko in 2014. It also diverted from the Solar System’s ‘ecliptic plane’ – the roughly flat plane within which the planets orbit around the Sun.

“Rosetta’s SREM showed a mysterious 8% reduction in cosmic ray flux compared to interplanetary space, as the spacecraft reached the comet,” explains ESA’s Rosetta project scientist Matt Taylor. “We could not account for this due to the spacecraft’s position relative to the Sun, or the comet nucleus serving as a shield, since for the majority of the time its angular size relative to Rosetta would have been insignificant.

“Similarly, there is no obvious link between the increasing level of nucleus activity as the comet got closer to the Sun, and its surrounding ‘coma’ cloud extended – but the potential shielding of the plasma environment associated with the cometary gas and dust emission cannot be ruled out.”

“This has resulted in much higher cosmic ray incidence and related doses than our engineering models would have predicted for a ‘traditional’ solar minimum. So our findings are of interest when it comes to predicting the resilience of future missions into deep space – including human expeditions – since for these the radiation doses and effects will be dominated by cosmic rays.”

A report on the results was published in the European Geoscience Union’s Annales Geophysicae journal.

This was a joint study between ESA’s Directorate of Science and Directorate of Technology, Engineering and Quality, collaborating with researchers from the Institute of Experimental and Applied Physics of Germany’s Kiel University, the School of Earth and Space Sciences of the University of Science and Technology of China, the Department of Physics and Astronomy of the UK’s Leicester University and Johannes Gutenberg University in Germany.