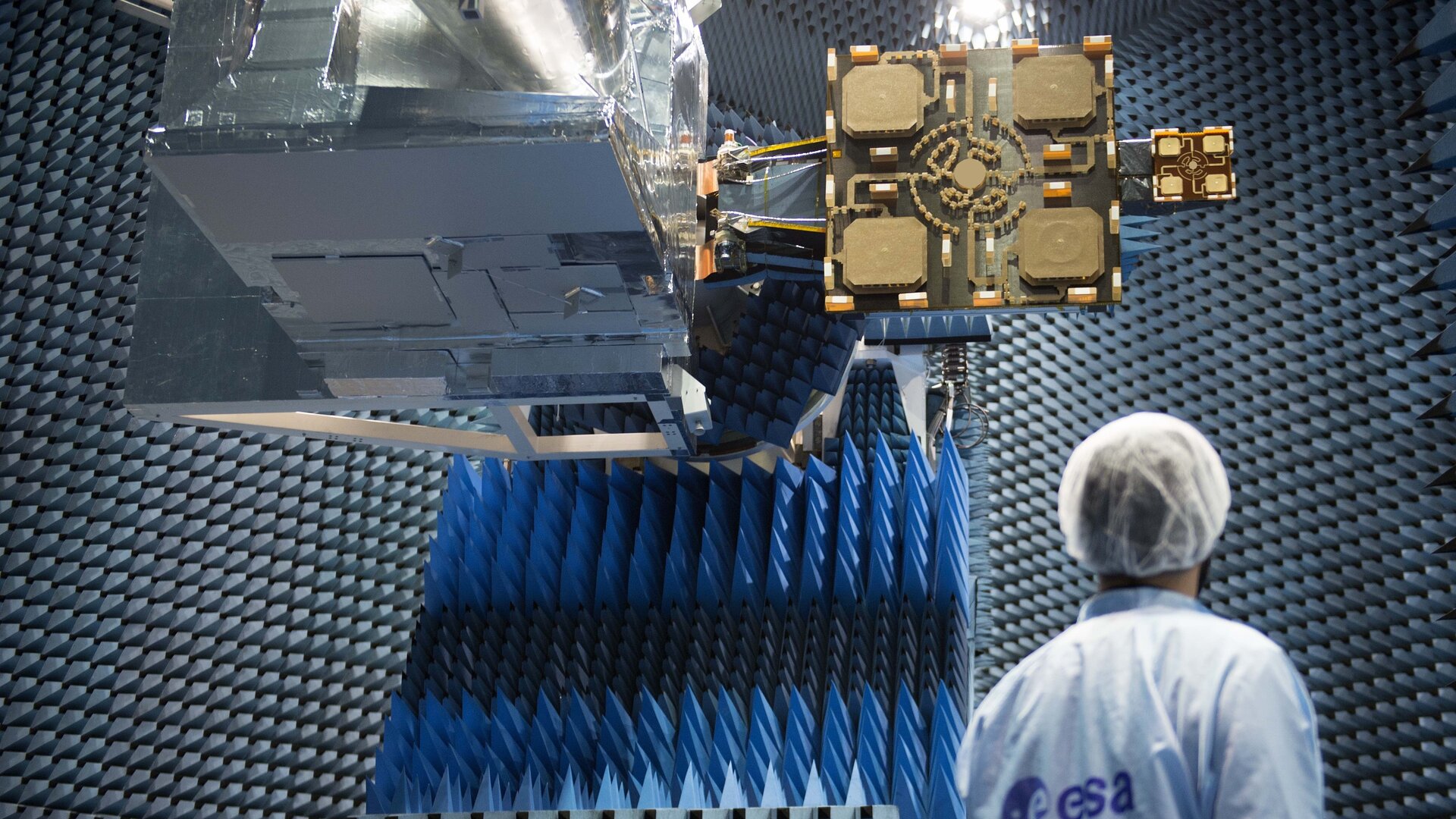 An innovative antenna assembly destined to serve Europe’s coming generation of weather satellites has been put to the test within ESA’s cavernous Hertz chamber, which can reproduce the boundless reaches of space.

The mission requires two types of satellites, MTG-I (imaging) and the MTG-S (sounding). Planned to operate for more than 20 years, four MTG-I and two MTG-S satellites will be built.

Between them, the satellites will provide key data for near-term weather forecasting as well contributing to global climate monitoring.

MTG-I satellites carry a Data Collection System that gather readings from platforms distributed across the globe, which transmit results up to the satellites in UHF for retransmission to the ground.

In addition, they host Geostationary Search and Rescue (GEOSAR) transponders that pick up UHF distress signals, passing on these SOS calls to regional search and rescue centres in L-band, operated as part of the international Cospas–Sarsat satellite relay system.

“Hertz is a ‘hybrid’ chamber because two types of antenna testing techniques can be made here: far-field and near-field,” explains Luis Rolo, responsible for the facility.

“The pioneering compact range built in the early 1990s has more recently been supplemented by a state-of-the-art near-field scanner that allows a full sphere sampling of the electromagnetic fields produced by the antennas under test down to frequencies in the order of a few hundred megahertz.

“Our near-field scanner has been used around the clock for the five-week test campaign, measuring near fields that, with appropriate mathematical transformations, allow the performance of the antennas to be derived in all directions.

“Owing to the criticality of the instrument, the requested accuracy was high – a challenge at these low frequencies – and very few test facilities have such capability. We’re still evaluating all the acquired data, but the preliminary results show the antennas are performing well and the accuracy of the measurement is very close to state-of-the-art.”