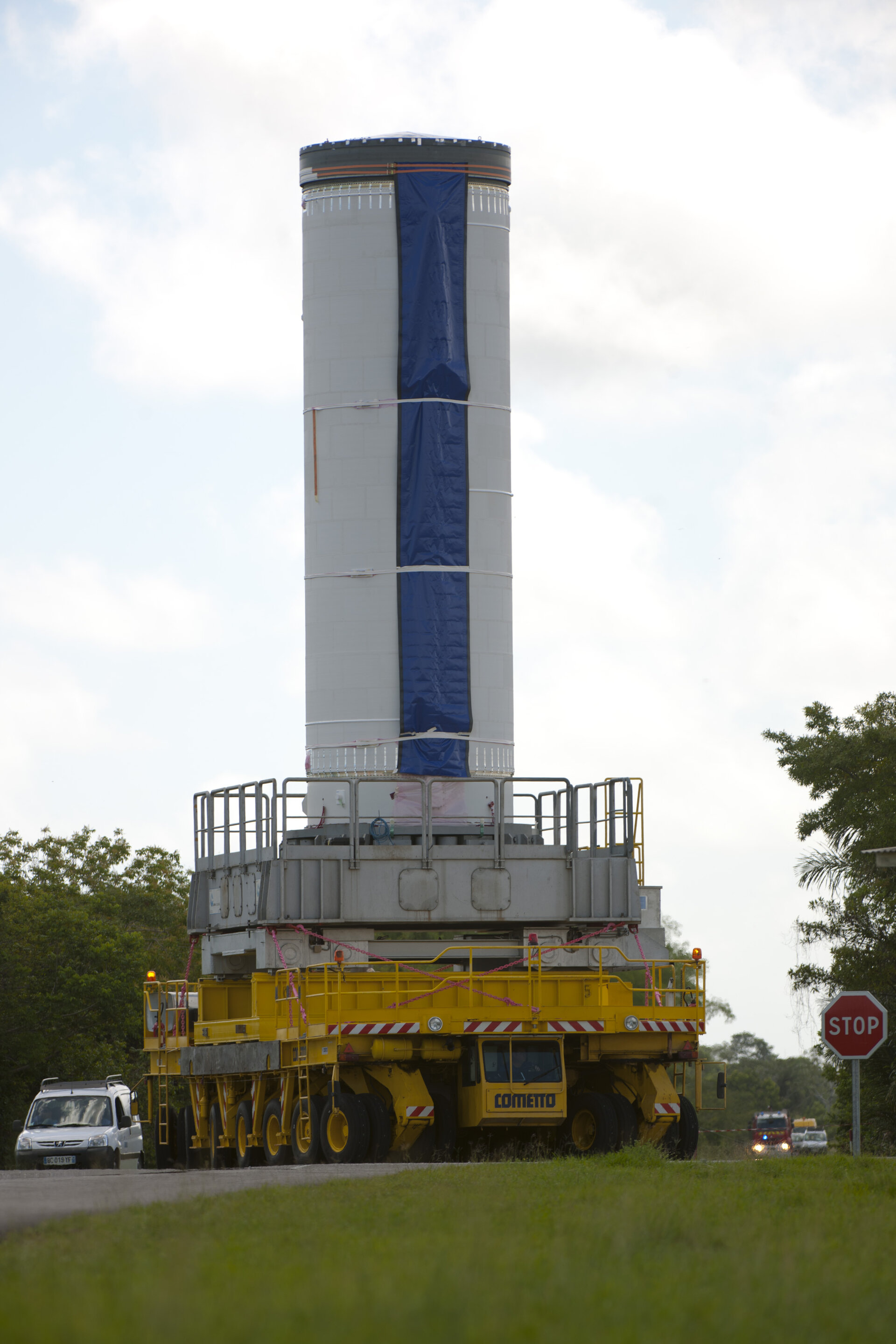 Vega has three solid-propellant stages and a liquid-propellant upper module for attitude and orbit control, and satellite release. Unlike most small launchers, Vega will be able to place multiple payloads into orbit.

The lower composite consists of the three stages and the four stage interface structures.

The lower composite consists of the three stages and the four stage interface structures.


The P80 has been developed both as Vega’s first stage and as a technology demonstrator. It is one of the largest, most powerful one-piece solid-propellant boosters ever built.

Zefiro-23 and Zefiro-9 are based on the previous Zefiro-16 technology demonstration carried out by Italian space agency ASI. Both stages are loaded with solid propellant before their shipment to Europe’s Spaceport in French Guiana.

The restartable fourth stage, AVUM, hosts the Propulsion Module and the Avionics Module. It is restartable up to five times, allowing it to release multiple satellites into different orbits.

The payload composite is composed of the fairing made of half shells, which protects the payload during ascent, and the payload/launcher interface structure.