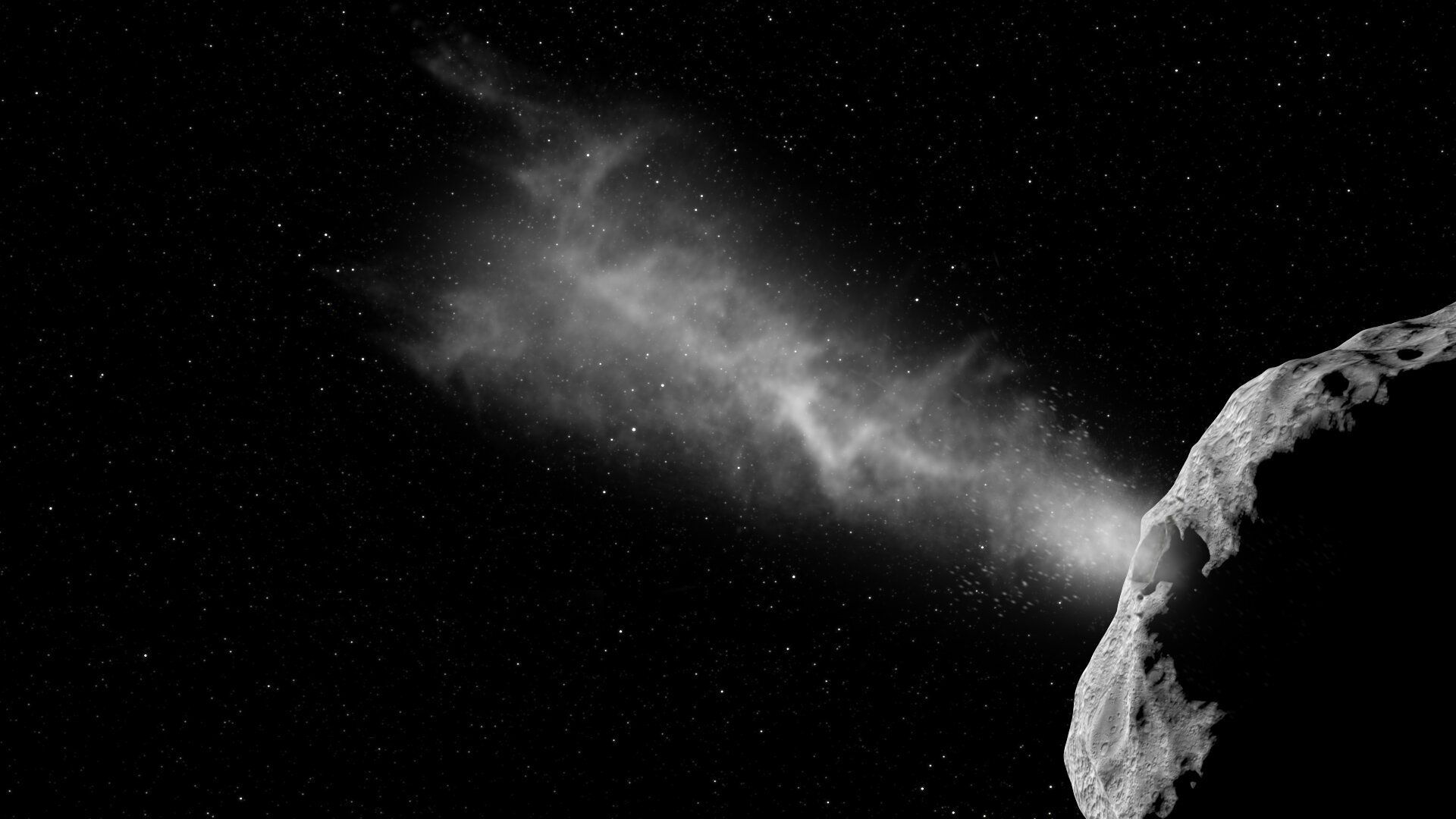 Dimorphos will be the subject of a kinetic impact by the NASA DART spacecraft in October 2022. Its orbital velocity of about 17 cm/s is expected to be shifted by around half a millimetre per second, changing its rotation period around the primary body by about 200 seconds – a fraction of one per cent, but enough to be measured roughly with Earth-based telescopes.

At the same time DART’s collision will also leave a sizeable (20 m diameter) crater on Dimorphos’s surface. Mapping the shape of this crater will provide unique information to validate the numerical impact models necessary to design asteroid deflection missions in future. In addition, it will shed light on on the asteroid’s surface properties and internal structure. Is the asteroid a monolithic mass or a rubble pile? Is it composed of large or tiny grains? Is the subsurface composition identical to the surface one?

Hera will map Didymoon’s entire surface down to a size resolution of a few metres, and the tenth of the surface surrounding the DART crater down to better than 10 cm resolution, through a series of daring flybys. It will also map much of the surface of the primary Didymos asteroid, providing crucial scientific data from two asteroids in a single mission.

Hera’s single most important scientific result is expected to be an estimate of Didymoon’s mass, with an uncertainty of less than 10% -- which is only possible by flying to it.

The conventional method of deriving its mass through tracking its gravitational effect on a spacecraft’s trajectory is not workable here: swamped by the gravitational field of its massive parent asteroid ‘Didymain’, Didymoon is too small to have an easily measurable effect on Hera or any other spacecraft. Instead, the idea is to estimate the mass of the secondary body by measuring the ‘wobble’ it causes its parent, relative to the common centre of gravity of the overall Didymos two-body system.

This will be achieved by identifying fixed landmarks on the surface of Didymain, such as boulders, and mapping small metre-scale variations in their rotation around the centre of gravity over time, while also taking account of spacecraft motion due to gravitational disturbance or the slight but steady effect of solar radiation pressure.

As an independent check of Didymoon’s mass, the conventional method of mass determination will also be attempted later in the mission, through a very close, less-than-2-km-away flyby to assess that will reveal any effect of Didymoon’s mass on Hera’s radio signals.

The 160-m diameter of Didymoon also holds significance: the majority of 1 km-class near-Earth asteroids in our Solar System have been detected and mapped, but the majority of asteroids of this smaller size (and there are up to 30 000 of them) are yet to be discovered, despite their ‘city-killing’ potential if one ever struck Earth. And despite astronomers’ best efforts, we have no actual image of such a small asteroid yet. So this orbital shifting experiment is being performed on a class of asteroid that poses a real threat, providing valuable data if such an orbital deflection is ever required for real.

Finally it is important to note that the Didymos asteroid pair poses no threat to Earth, only coming to within 10 million km of Earth during their 2022 close encounter, making them the ideal candidate for such orbital deflection experiments and crucial science.