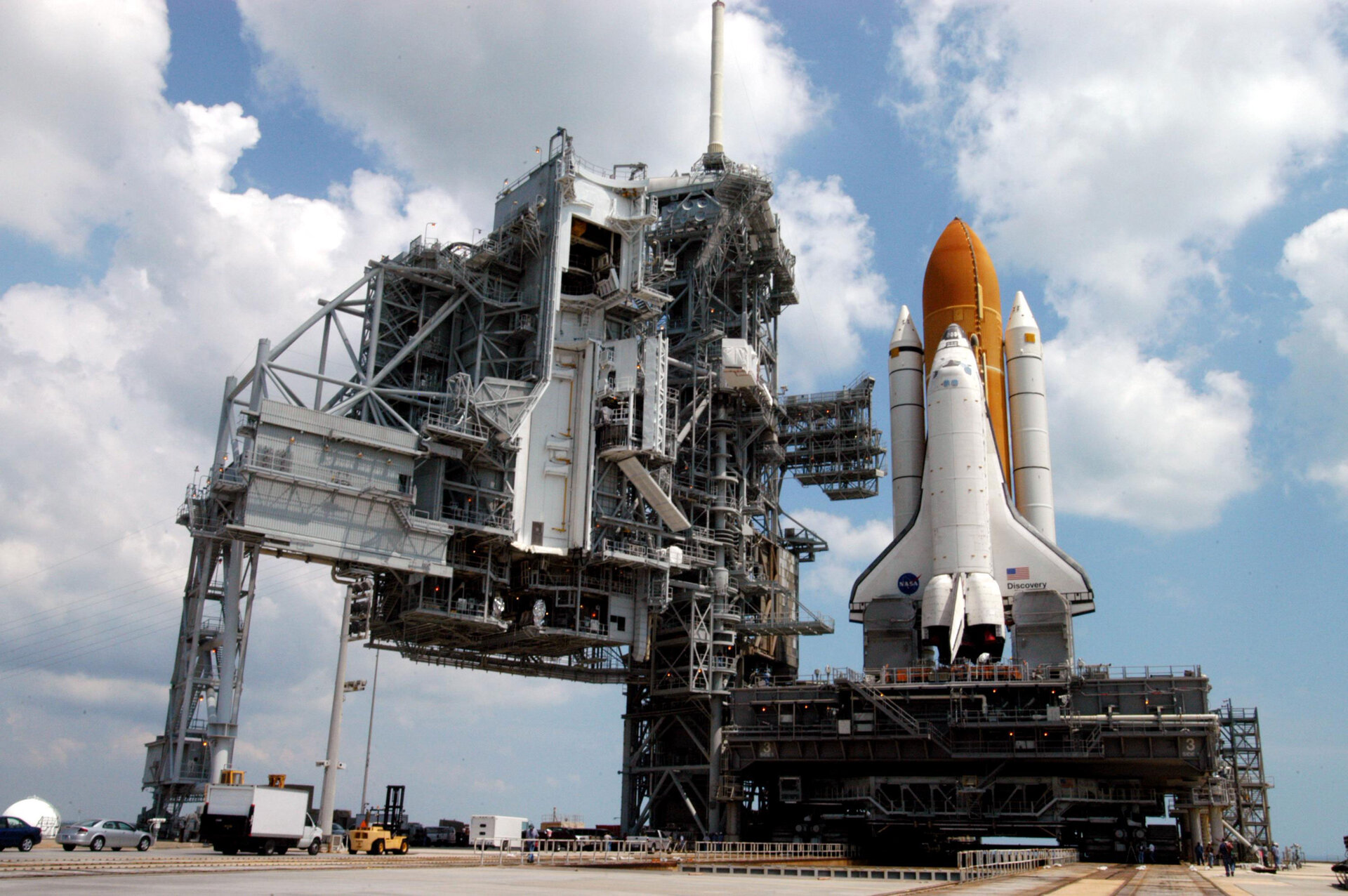 ESA PR 18-2006. With NASA’s announcement today of the launch of Space Shuttle Discovery on 1 July, ESA astronaut Thomas Reiter, from Germany, is set to spend six to seven months in space as a member of the permanent crew of the International Space Station.

Discovery is now scheduled to lift off from NASA’s Kennedy Space Center in Cape Canaveral, Florida at 21:49 CEST (19:49 GMT). Docking with the ISS is scheduled for the third day of the mission.

Once onboard the ISS, Thomas Reiter will join the current permanent crew, working alongside Russian commander Pavel Vinogradov and NASA flight engineer Jeffrey Williams. An ESA astronaut since 1992, Reiter already has experience of long-duration spaceflight, having spent 179 days onboard the Russian space station Mir in 1995/1996 on ESA’s EuroMir 95 mission.

With this new mission dubbed “Astrolab”, ESA will inaugurate the long-term presence of European astronauts onboard the ISS. The mission also marks the return to a three-member permanent crew operating the orbital facility. This larger crew will mean that more time can be devoted to science experiments. Also marking the Shuttle’s eventual return to flight, this mission will in addition be a go-ahead signal for the resumption of ISS assembly, with the upcoming launches of European-built Nodes 2 and 3 and ESA’s own Columbus laboratory.

Already flying with Reiter on the Astrolab mission will be some key ESA equipment to be integrated on the Station, including the first Minus-Eighty degree Laboratory Freezer for the ISS (MELFI), a facility developed for long-term conservation of biological samples and experiment results.

This will also be the first time that a European control centre is used for a long-duration human spaceflight mission on board the ISS, paving the way for an increased ESA presence onboard the international facility with the arrival of the Columbus laboratory. The Columbus Control Centre in Oberpfaffenhofen, Germany, will be the hub of European activity during the Astrolab mission.

For the launch of this milestone mission, ESA is organising a live video event, broadcast to its Headquarters and establishments. ESA experts will be on hand for interviews.

ESA TV will provide extensive coverage of the mission including the final preparations, with transmissions as follows:

In addition, all NASA-TV flight day highlights from the preceding day in orbit will be rebroadcast at 04:00 GMT daily. Satellite details for these and the exact times for the above transmissions will be posted on http://television.esa.int around three to five days prior to the transmission concerned (please note that tape copies of live events cannot be made available).

The launch and mission can be followed on the web at: www.esa.int/astrolab.

Media representatives wishing to follow the event at one of the ESA establishments listed in the press release are requested to fill in the registration form and fax it back to the location of their choice.