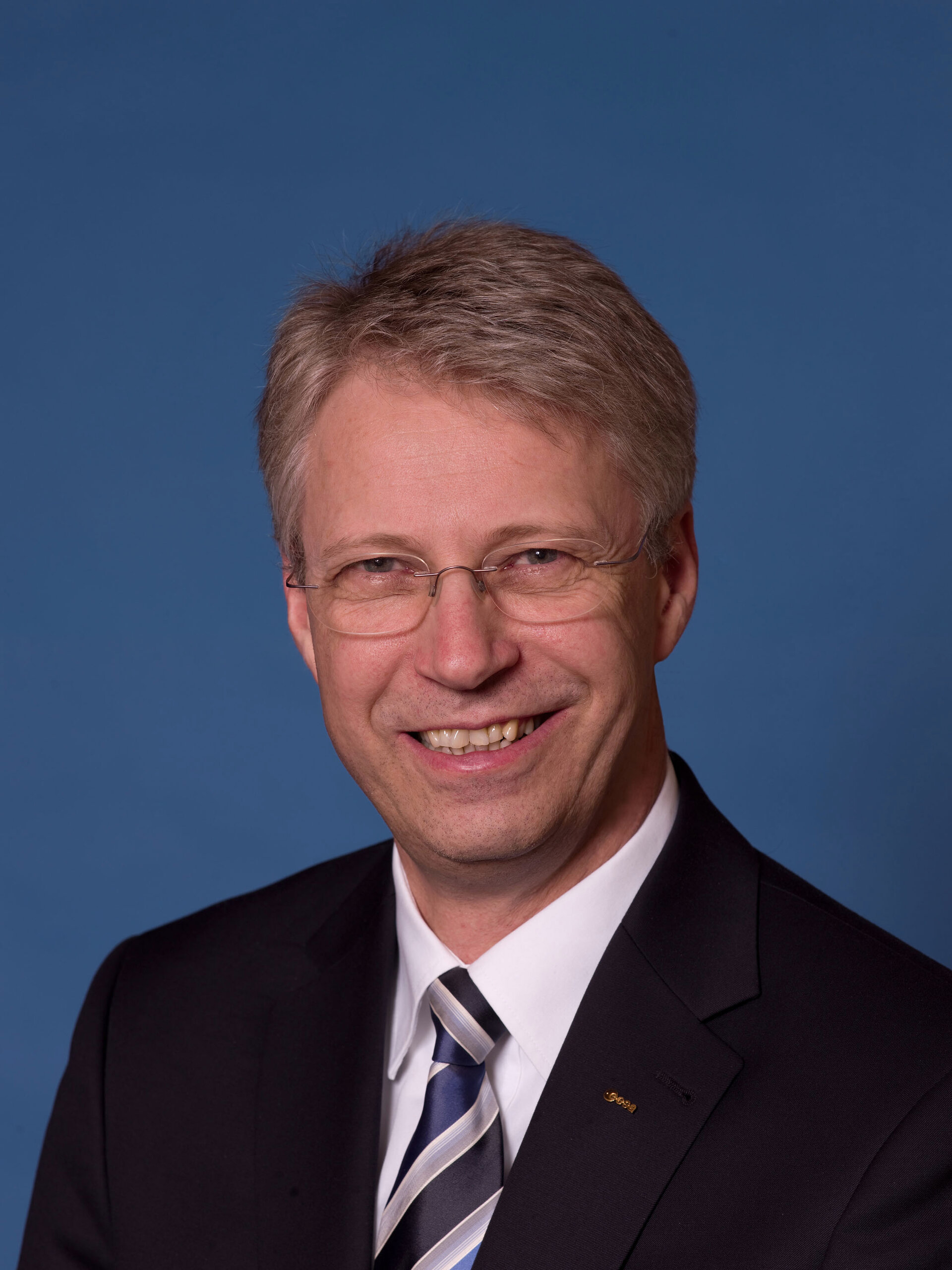 Born 23 May 1958, in Frankfurt/Main, Germany, Thomas is married and has two sons. He enjoys fencing, badminton, cooking and playing the guitar.

After completing military jet training at Sheppard Air Force Base, Texas, Thomas flew the Alpha Jet in a fighter-bomber squadron based in Oldenburg, Germany. He was involved in the development of computerised mission planning systems and became a flight-operations officer and deputy squadron commander. After test pilot training Class 2 at the German flight test centre in Manching during 1990, Thomas was involved in several flight test projects and conversion training on the Tornado aircraft. Thomas attended the Class 1 test pilot training at ETPS, Boscombe Down, in 1992. His flight experience includes more than 2300 hours in 15 types of military combat jet aircraft.

Thomas Reiter was also involved in ESA studies of the Hermes crewed space shuttle and development of equipment for the Columbus space laboratory, one of Europe’s main contributions to the International Space Station.

In March 1995, he was assigned as  flight engineer for the Euromir 95 mission that lasted a record-breaking 179 days from 3 September 1995 to 29 February 1996 that included two spacewalks.

After his Euromir 95 mission from October 1996 to July 1997, Thomas trained on the Soyuz-TM spacecraft to learn undocking, atmospheric reentry and landing. He was awarded the Russian ‘Soyuz Return Commander’ certificate that qualifies him to command a three-person Soyuz capsule during its return from space.

Furthermore, he worked with ESA’s team who developed the European Robotic Arm and its ground test- and mission control equipment.

From September 1997 to March 1999, Thomas was detached to the German Air Force as Operational Group Commander of a Tornado fighter-bomber wing. After his return to ESA he supported the Automated Transfer Vehicle team and the European Robotic Arm programme. He continued training at the Russian Cosmonaut Training Centre in Star City from June 1999 until March 2000 for the Russian parts of the International Space Station.

On 1 April 1999 he resumed his activities at the European Astronaut Centre. Two years later Thomas was assigned to an advanced training class to prepare for the first European long-duration mission to the International Space Station.

In September 2004, he was assigned a long-duration mission to the International Space Station.

After his active astronaut career, Thomas Reiter was named on 8 August 2007 as a member of the Executive Board of the German Aerospace Center, DLR, responsible for Space Research and Technology.

From April 2011 to December 2015 he was Director of ESA’s Directorate of Human Spaceflight and Operations, managing Europe’s contribution to the International Space Station, the Agency's human spaceflight activities and the operations of ESA’s satellite missions and of the ground segment. Thomas is now ESA Interagency Coordinator and Advisor to the Director General.

Reiter was assigned to the record-breaking 179-day Euromir 95 space station mission (3 September 1995 to 29 February 1996) along with Russian colleagues Yuri Gidzenko and Serguei Avdeev. He performed some 40 European scientific experiments and participated in the maintenance of the Mir space station. He performed two spacewalks to install and retrieve cassettes containing samples as part of the European Space Exposure Facility experiments.

Between 4 July and 22 December 2006, Thomas took part in the Astrolab mission, ESA’s first long-duration mission to the International Space Station. Following the launch aboard Space Shuttle Discovery on flight STS-121, Thomas spent 166 days on the Space Station as Flight Engineer 2 for Expedition crews 13 and 14. During his stay, he also ran 19 experiments on behalf of a number of European institutions and research centres, focusing on areas such as human physiology and psychology, microbiology, plasma physics and radiation dosimetry as well as technology demonstrations. On 3 August 2006, together with NASA astronaut Jeff Williams, he participated in a 5 hour 54 minute spacewalk to install hardware outside to support Space Station assembly. After 171 days in space, Thomas returned to Earth with STS-116, landing at Kennedy Space Center, Florida, on 22 December 2006.

His cumulative time in space is 351 days.