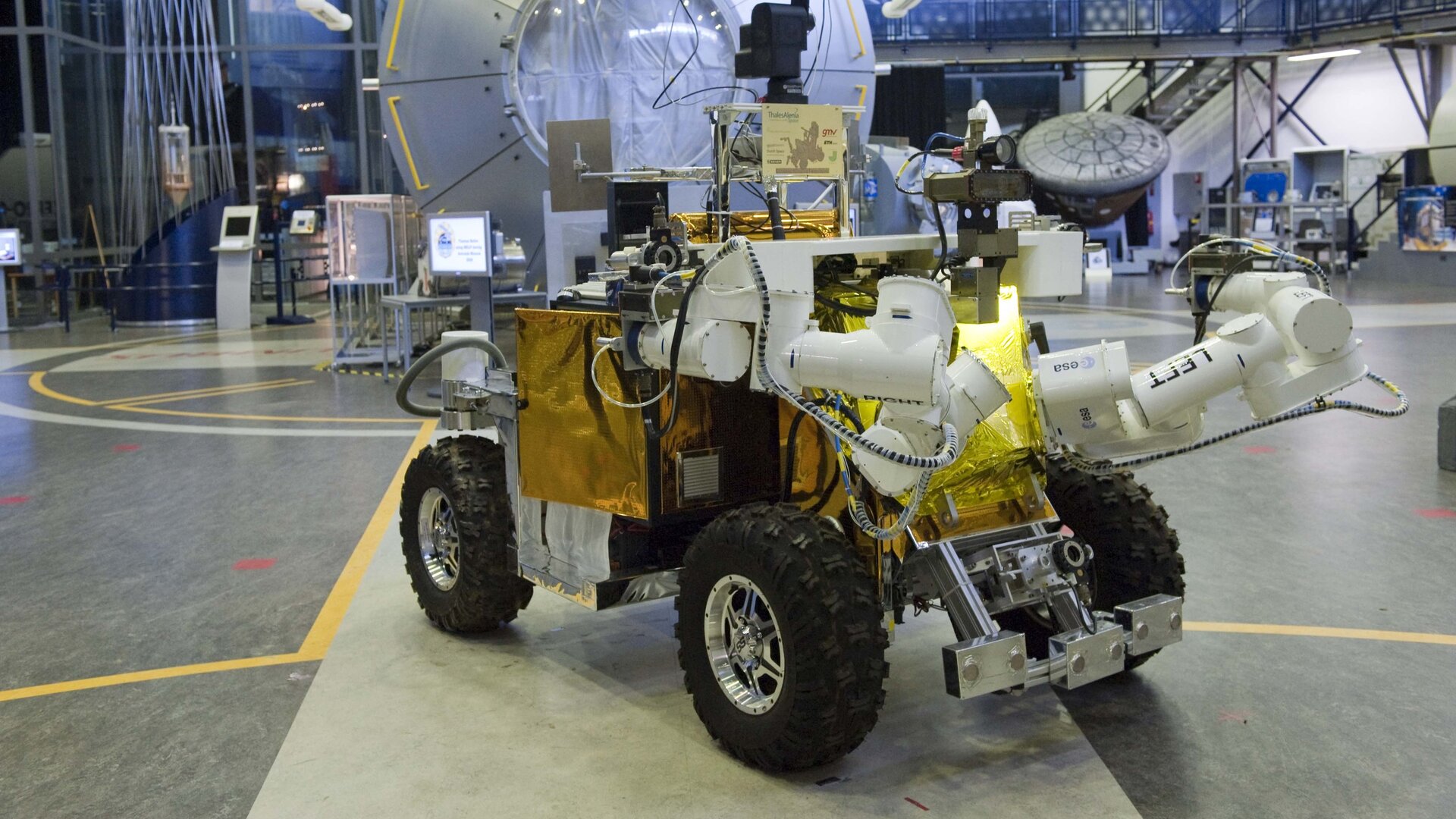 Space is a harsh place for humans and for machines. Space hardware has to stand up to the rigours of deep space as well as being lightweight and safe. The International Space Station is an ideal testbed for new technologies, either for future use in space or for applications in demanding places on Earth.

Space exploration will most likely involve sending robotic explorers to “test the waters” on uncharted planets before sending humans to land and the Meteron project is preparing for that future. Controlling the robots would require a form of space internet to send commands and receive information back.

A system had to be devised that would assure correct operation even in less-than-ideal conditions: the Disruptive Tolerance Network. This protocol stores commands if a signal is lost and forwards them once communication is returned.

In 2012 NASA astronaut Sunita Williams tested a first step by controlling from the International Space Station a small rover at ESA’s operations centre in Darmstadt, Germany. This continuation of that test saw ESA astronaut Alexander Gerst direct the Eurobot at ESA’s technical heart in Noordwijk, the Netherlands. Circling Earth 300 km above, Alexander controled the robot and received images and other data from it.

Research into controlling robots from afar with robust communications has great potential for use on Earth. Finding earthquake survivors, investigating nuclear fallout or scientific expeditions to the bottom of our oceans or volcanoes would all benefit from robotic explorers controlled over the Disruptive Tolerance Network.

This experiment places low-power sensor-nodes in ESA’s Columbus laboratory on the International Space Station. The sensors form a wireless network to monitor environmental factors such as temperature, pressure and humidity.

The goal is to test this wireless sensor network in a space environment and in the metallic structure of the European Columbus module. Another objective is to see if small amounts of energy could be ‘harvested’ from inside the Space Station, where light, airflows or differences in temperature could be used to return power for experiments such as the system itself.

Aside from the environmental benefits of extracting as much energy as possible a modification of the Wise-Net system could be applied on human beings. A number of low-power sensors on a patient’s body could provide continuous vital-sign monitoring to nurses and doctors in hospitals.

Large marine vessels continuously send information on their speed, location and direction. The Automatic Identification System has been around for decades to help harbour authorities direct ships near ports and avoid collisions. The system uses basic VHF radio signals and was designed before satellites existed, so it is only used near land. This means that ships are on their own in open waters. Ships can receive signals from each other but in the middle of the Pacific Ocean no-one is monitoring their location.

Vessel ID is an ESA satellite receiver that is the marine equivalent of air traffic control systems. By capturing the radio waves in space from the Automatic Identification System, it tracks ships on the open seas. The system itself does not need to be adapted but as it was not designed for global coverage from space a technology demonstration is needed to test receiving and processing the signals. Nobody knew how many ships continue to broadcast identification on the open seas, nor how many ships have antennas that beam their identification up to space as well as over land.

For this experiment, Alexander does not have to do anything: the receiver is on the outside of the Columbus module and data are automatically collected and transmitted to Earth for analysis.

ESA’s ATV Georges Lemaître space freighter, was launched when Alexander was already on the International Space Station, and tested new rendezvous sensors in as it approached the orbital outpost.

The LIRIS demonstrator – short for Laser InfraRed Imaging Sensors – on the last Automated Transfer Vehicle, or ATV, is the first step towards an uncooperative rendezvous in space.

On future missions, infrared cameras and lidar sensors – the light equivalent of radar – would scan the targets while onboard computers process the data using new guidance navigation and control software.

ESA has set its sights on allowing future spacecraft to rendezvous with ‘uncooperative’ targets, such as orbiting debris or a Mars sample capsule and this technology demonstration is an important step towards these types of missions.