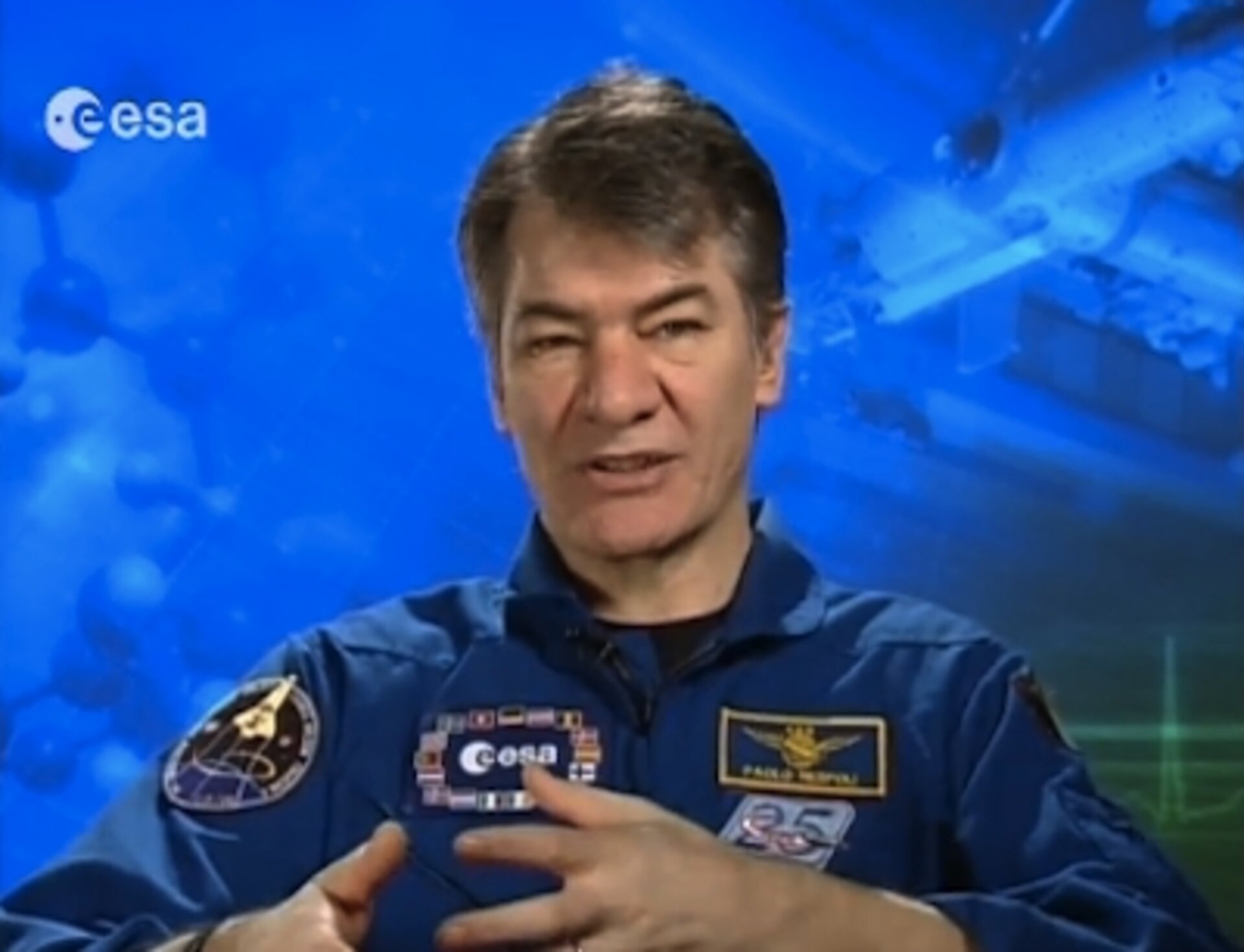 For the first time since his landing on Tuesday, ESA astronaut Paolo Nespoli was again in the public eye yesterday at a press conference. A smiling Paolo talked about his ride back to Earth and how he was feeling gravity again after his long stay in space.

“It was really an experience!" said Paolo at the press conference. “After a nice and quiet life in space, the reentry was then rapid, cruel and rough – we were like shaken with a big hammer!”

The return and landing of Soyuz TMA-20 on Tuesday went well, ending in perfect conditions, with the ground crew reaching the capsule soon after touchdown.

Paolo was the last of the trio to be helped out and, after a short rest in the warm spring morning air, he was met by the medical team waiting nearby.

A check-up by doctors is standard after landing because it is not uncommon that even the strongest astronauts are stressed by the heavy deceleration of reentry and feel weak in the strong pull of Earth’s gravity after a long period of weightlessness on the Space Station.

“I had difficulties in breathing under the strong deceleration. I remembered that I had to extend my head to make breathing easier, but I couldn’t do that because I filled every millimetre of the space in the capsule!”

The three were then flown by helicopters to the nearby city of Karaganda, two hours away. After a traditional welcome ceremony, Paolo and NASA astronaut Cady Coleman took a plane to Houston. The ash cloud from the erupting Icelandic volcano changed the route, adding to the travel time.

Paolo was already feeling good by the time of their stopover in the UK, and now, after two days’ rest, he is doing even better. Immediately on reaching NASA’s Johnson Space Center, Paolo began tests for comparison with the results from before and during his flight.

“And thanks to all my followers on Twitter and Flickr for all your comments and support. I really appreciate it!”

The whole interview (in Italian and English) is available on the right.

Soyuz is a rugged and reliable spacecraft, but it does not provide the most comfortable ride back from the orbit. It takes a relatively leisurely two days to reach the Space Station – but the return lasts only a few hours.

Paolo’s Soyuz fired its main engine for about four minutes at 01:30 GMT to begin the descent. The orbital and service modules were then discarded.

Commander Kondratyev turned the capsule with its heatshield forwards. At about 02:03 GMT, the crew could feel the friction from the thin gas of the upper atmosphere beginning to brake the craft. As the Soyuz bit into the denser atmosphere, the deceleration built up to about five times Earth gravity.

The parachutes opened at 02:11 GMT: the small drogue chute first, and then the big main canopy. This was a violent event: the capsule tumbled and spun, until the main chute was fully open and stabilised the ride.

During the last 10 kilometres the crew felt the powerful tug of gravity gradually taking over from the reentry forces, as they swung slowly below the parachute.

The Soyuz landed, as usual, with pinpoint accuracy right on time at 02:27 GMT on the Kazakh steppe.

Touchdown is not really soft – there is no doubt that terra firma has been reached.

In perfect conditions, as on Tuesday, when the wind is still, Soyuz lands nicely upright, firing the retrorockets just before touching down to cushion the landing. In difficult conditions, it can tip over and be dragged along by the parachute before coming to rest.

The Soyuz capsule is small but at least in weightlessness it feels larger. After landing, the crew, weakened by their long stay in space, find it difficult climbing out in their Sokol suits.

During a long space mission the human body stretches: an astronaut can ‘grow’ several centimetres. This comes mainly from the spine, which is squeezed and slightly curved on Earth, but extends to its natural length in weightlessness. This can cause back pain during the first days in space, and after landing.

The gain in length is taken into account during seat fitting tests (like here) before launch, but the strong re-entry forces can make it feel far from comfortable during descent.

Paolo's last tweet from space said: “Going home from ISS on a wild ride.” And, for him, it was!