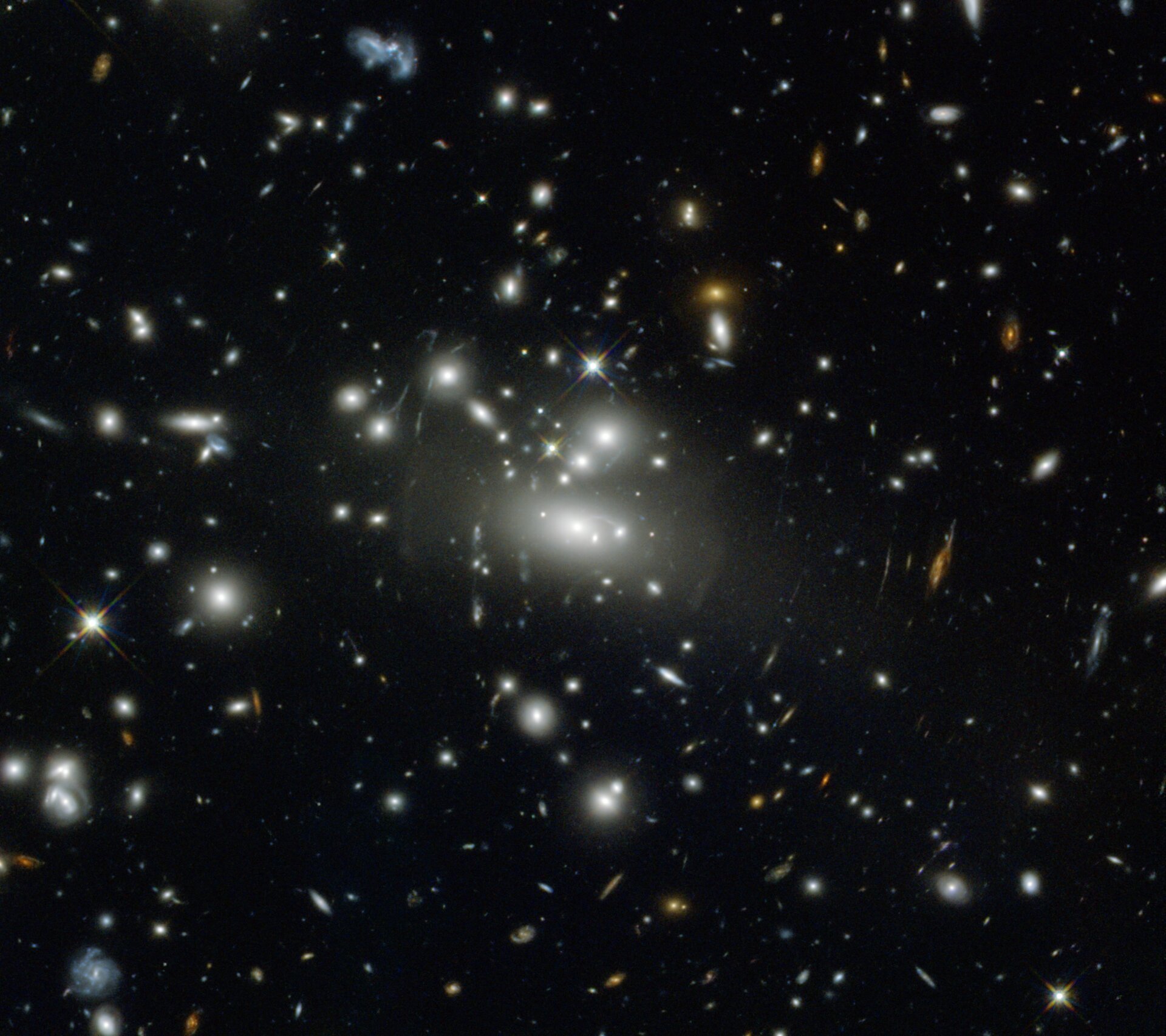 Bright arcs are smeared around the heart of galaxy cluster Abell S1077 in this image taken by the NASA/ESA Hubble space telescope. The arcs are stretched images of distant galaxies distorted by the cluster’s enormous gravitational field.

Galaxy clusters are large groupings of galaxies, each hosting millions of stars. They are the largest existing structures in the Universe, bound by the gravitational attraction between them.

The amount of matter condensed in such groupings is so high that their gravity is enough to warp even the fabric of space-time, distorting the path that light takes when it travels through the cluster.

In some cases, this phenomenon produces an effect somewhat like a magnifying lens, allowing us to see objects that are aligned behind the cluster and that would otherwise be undetectable from Earth.

In this image, stretched stripes that look like scratches on a lens are in fact galaxies whose light is heavily distorted by the gravitational field of the cluster.

Astronomers use the effects of gravitational lensing to peer far back in time and space to see the furthest objects located in the early Universe.

One of the record holders is galaxy MACS0647-JD, whose light was magnified by galaxy cluster MACS J0647+7015 and has been travelling for 13.3 billion years to reach Earth.