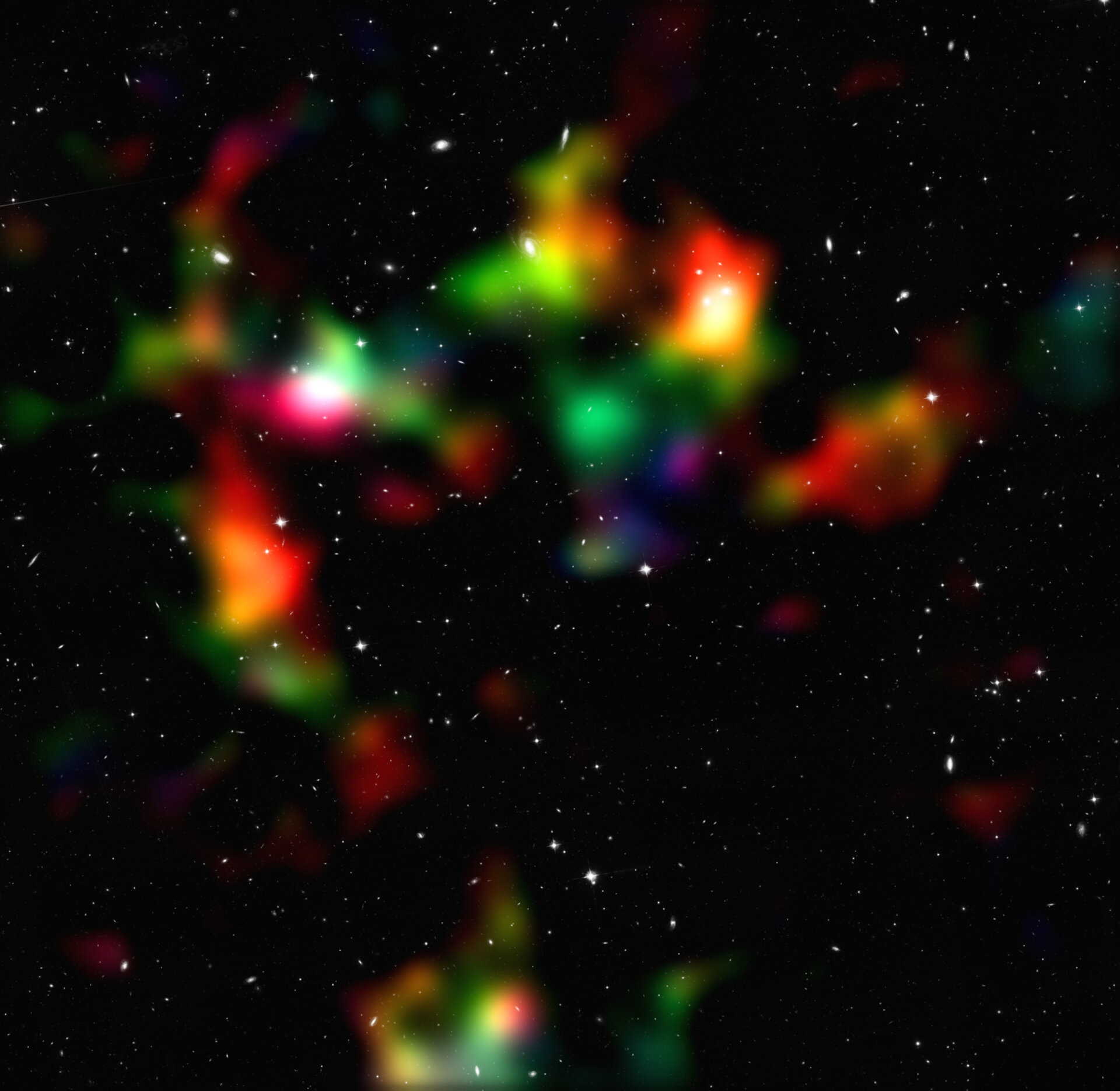 A comprehensive analysis of distorted galaxies from the most ambitious cosmic survey ever undertaken by the Hubble Space Telescope has confirmed the mysterious cosmic acceleration. It has also provided the equivalent of a 3D map of part of the Universe.

A group of astronomers, led by Tim Schrabback of Leiden Observatory, conducted an intensive study of more than 446 000 galaxies within the Cosmological Evolution Survey (COSMOS) field. COSMOS is the largest survey conducted with Hubble, which photographed 575 slightly overlapping views of the same part of the Universe using its Advanced Camera for Surveys. In total, the survey took nearly 1000 hours of observations.

In addition to the Hubble data, the researchers used ground-based observations to assign distances to 194 000 of the galaxies. "The sheer number of galaxies included in this type of analysis is unprecedented, but more important is the wealth of information we could obtain about the invisible structures in the Universe from this exceptional dataset," says team member Patrick Simon from Edinburgh University.

According to theory, the invisible Universe consists of dark matter and dark energy. It is not known what either component is; yet astronomers believe that they exist because of their effects on the motion of celestial objects. Dark matter contributes more gravity to the Universe on smaller scales, while dark energy resists gravity on the larger scales.

In the new analysis, the astronomers ‘weighed’ the large-scale matter distribution in space. This information is encoded in the distorted shapes of distant galaxies, a phenomenon referred to as ‘weak gravitational lensing’. The team’s new algorithms improve the standard method and measures galaxy shapes to an unprecedented precision.

The meticulous detail and scale of this study has confirmed that the Universe is accelerated by an additional, mysterious component: the dark energy. Only a handful of other such independent confirmations exist. "Dark energy affects our measurements for two reasons. First, when it is present, galaxy clusters grow more slowly. Secondly, it changes the way the Universe expands, leading to more distant galaxies that are more efficiently lensed. Our analysis is sensitive to both effects," says team member Benjamin Joachimi, University of Bonn.

This study is leading to a clearer map of this part of the Universe. "With more accurate information about the distances to the galaxies, we can measure the distribution of the matter between them and us more accurately," says team member Jan Hartlap, University of Bonn.

"Before, most of the studies were done in 2D, like taking a chest X-ray. Our study is more like a 3D reconstruction of the skeleton from a CT scan," says William High from Harvard University, another team member.

The astronomers specifically chose the COSMOS survey because it is thought to be a representative sample of the Universe. The results of the study will be published in an upcoming issue of Astronomy and Astrophysics. Astronomers will one day be able to apply these techniques to wider areas of the sky, forming a clearer picture of what is truly out there.

View an image of the COSMOS field.

Download the paper Evidence for the accelerated expansion of the Universe from weak lensing tomography with COSMOS.