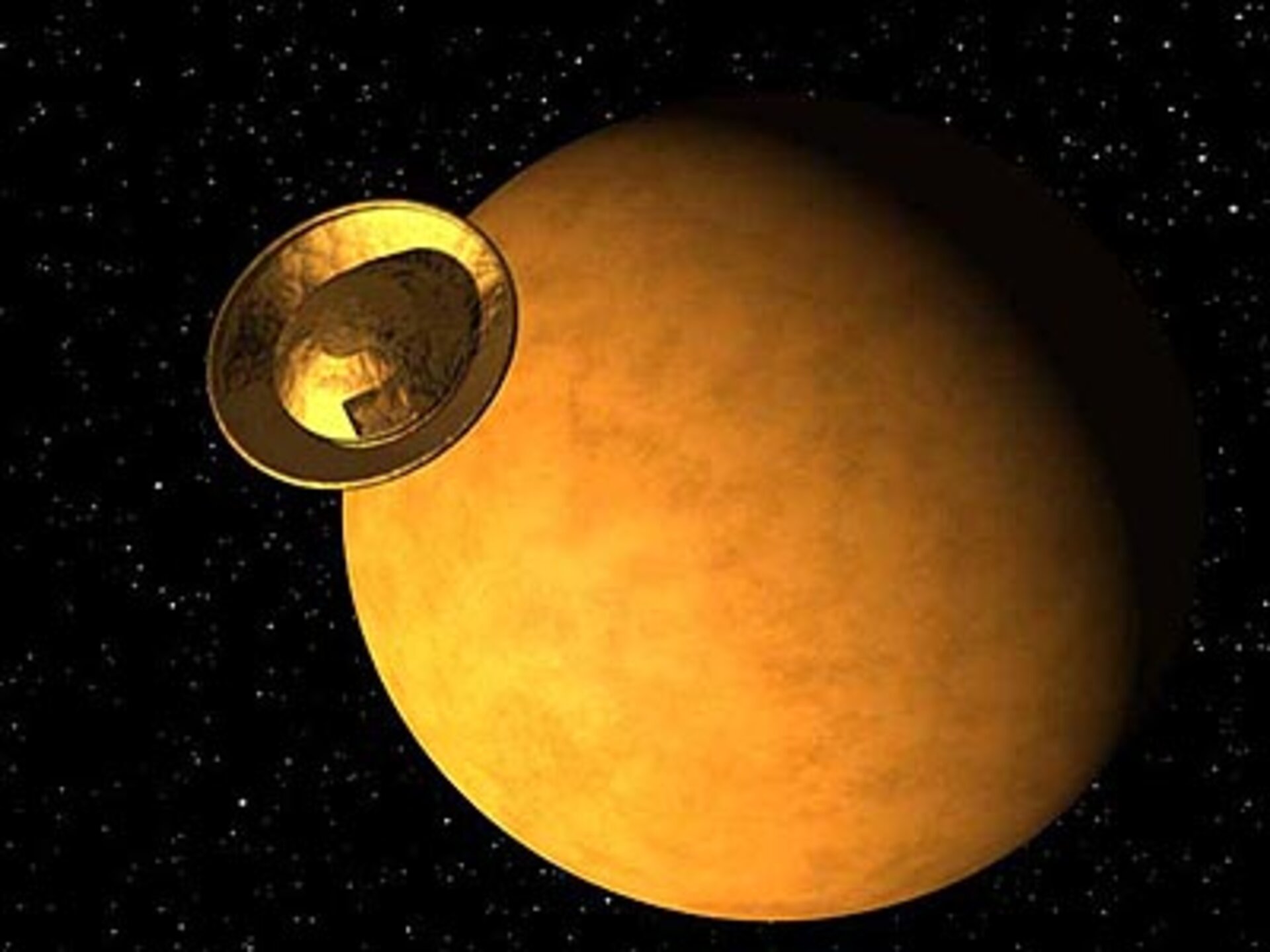 To gather as much science as possible during its historic mission, the Huygens probe was equipped with six experiments.

Aerosol Collector and Pyrolyser (ACP) collected aerosols for chemical-composition analysis. After extension of the sampling device, a pump draws the atmosphere through filters which captured aerosols. Each sampling device could collect about 30 micrograms of material.

Descent Imager/Spectral Radiometer (DISR) took images and made spectral measurements using sensors covering a wide spectral range. A few hundred metres before impact, the instrument switched on its lamp in order to acquire spectra of the surface material.

Doppler Wind Experiment (DWE) used radio signals to deduce atmospheric properties. The probe drift caused by winds in Titan's atmosphere induced a measurable Doppler shift in the carrier signal. The swinging motion of the probe beneath its parachute and other radio-signal-perturbing effects, such as atmospheric attenuation, were also detectable from the signal.

Gas Chromatograph and Mass Spectrometer (GCMS) was a versatile gas chemical analyser designed to identify and quantify various atmospheric constituents. It was also equipped with gas samplers which could be filled at high altitude for analysis later in the descent.

Huygens Atmosphere Structure Instrument (HASI) comprised sensors for measuring the physical and electrical properties of the atmosphere and an on-board microphone that sent back sounds from Titan.

Surface Science Package (SSP) was a suite of sensors to determine the physical properties of the surface at the impact site and to provide unique information about its composition. The package included an accelerometer to measure the impact deceleration, and other sensors to measure the index of refraction, temperature, thermal conductivity, heat capacity, speed of sound, and dielectric constant of the (liquid) material at the impact site.