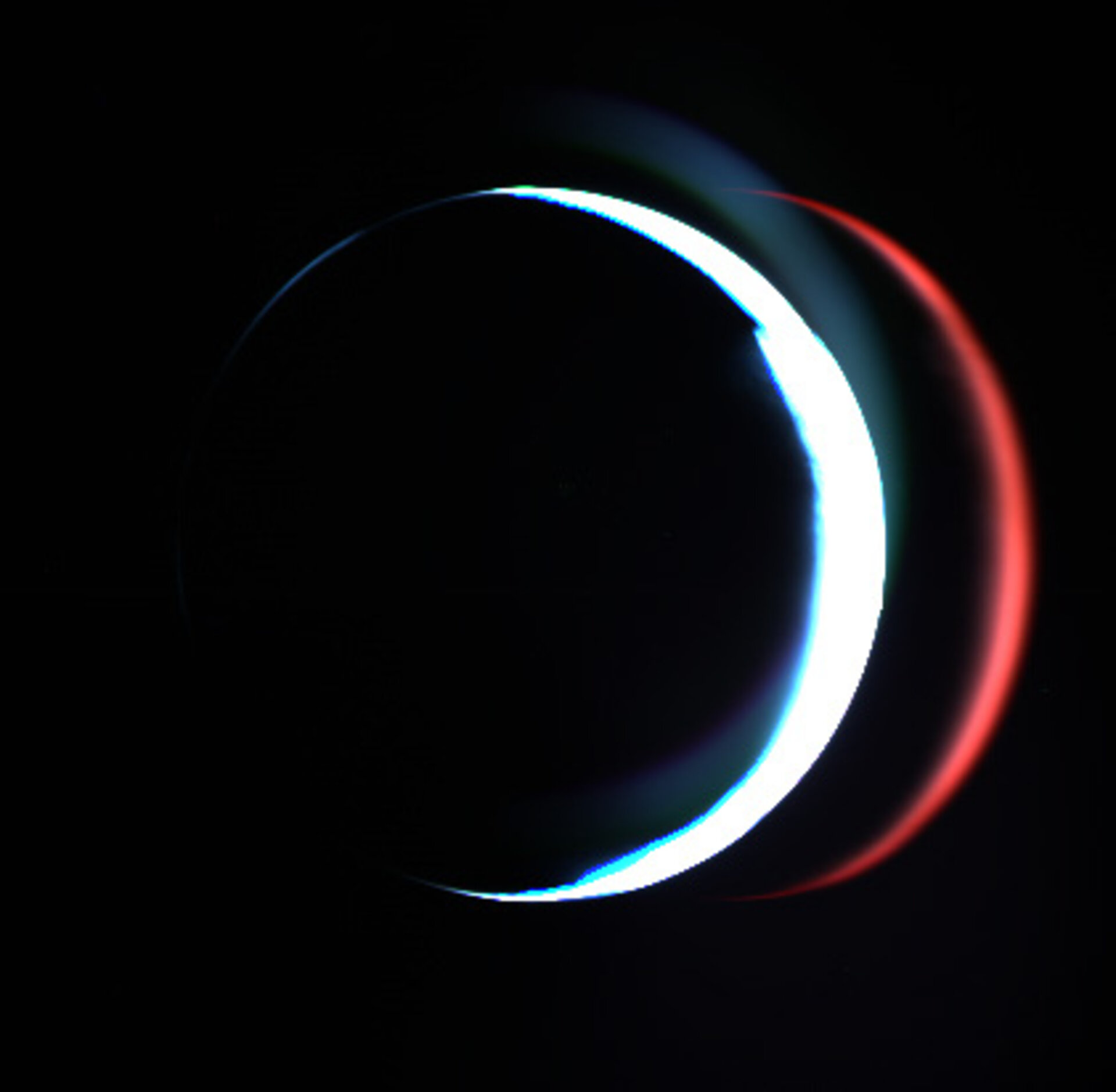 The sight of the crescent Moon hanging in the sky above Earth is a familiar one, but this image taken by ESA’s Rosetta spacecraft as it passed by the Red Planet in February 2007 captures the rare view of a skinny slice of Mars.

Many delicate crescent views of planets and moons in our Solar System have been provided by past flyby missions, but this was the first time Mars had been imaged in this way.

The flyby was the second of four planetary gravity assists needed to slingshot Rosetta to its final destination, comet Churyumov-Gerasimenko, where it will arrive in summer 2014. The three other gravity boosts were provided by our home planet, Earth.

During the Mars flyby, Rosetta’s imaging team attempted to capture the nightglow in the planet’s atmosphere. These weak emissions of light are produced in the upper atmosphere when nitrogen and oxygen atoms combine and release energy.

Although the white crescent of Mars appears overexposed, a tiny piece of the planet’s atmosphere can be seen glowing in the 11 o’clock position.

Internal reflections within the camera’s optics are present as the red and fuzzy blue haloes.

Rosetta is now in deep-space hibernation. It will wake up on 20 January 2014 and rendezvous with its target comet four months later.

Rosetta will be the first mission ever to orbit a comet’s nucleus and land a probe on its surface.

It will also be the first to fly alongside a comet as it heads towards the inner Solar System, watching how a comet is transformed by the warmth of the Sun.

Since comets are considered the primitive building blocks of the Solar System, Rosetta will help scientists to learn more about their role in the evolution of our local cosmic neighbourhood.