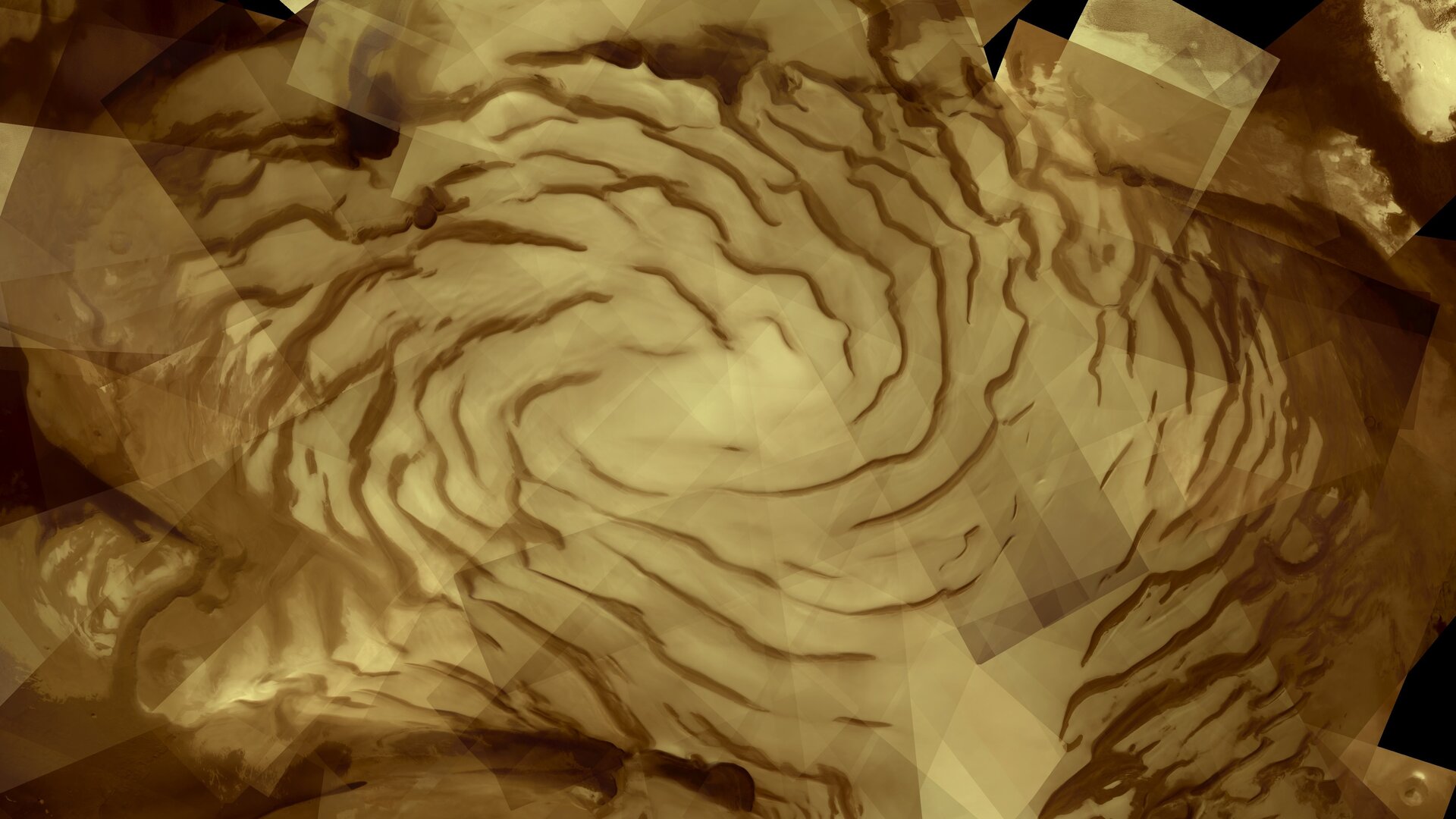 A swirling mound of ice riddled with dark spiral troughs crowns the north pole of Mars, seen here in a new mosaic from ESA’s Mars Express.

The mosaic comprises 57 separate images taken by the High Resolution Stereo Camera throughout the entire mission, which yesterday celebrated ten years since launch. The images were taken when Mars Express was closest to Mars along its orbit, at about 300-500 km altitude.

The ice cap has a diameter of about 1000 km and, thanks to the ground-penetrating radar on Mars Express, scientists know that layers of water-ice extend to a depth of around 2 km below the cap. The layers result from seasonal melting and deposition of ice mixed with dust.

Each winter the ice cap grows by adding 1.5–2 m of dry ice, with seasonal ice deposits extending as far south as 45º.

Strong prevailing winds at the poles are thought to be responsible for shaping the spiral troughs, which seem to pinwheel around the ice cap.

Biting into the spirals at the lower left in this image is a 318 km-long, 2 km-deep chasm called Chasma Boreale. The plunging canyon formed before the spiral troughs, growing deeper as new ice deposits built up around it.

Close-up views show that the floor of Chasma Boreale is covered by dark sand dunes sprinkled with a coating of white frost.

This mosaic is released on the occasion of the 10th anniversary of the launch of Mars Express. New high-resolution images of Mars are published every month on the ESA Portal – stay tuned for the next release on 6 June!