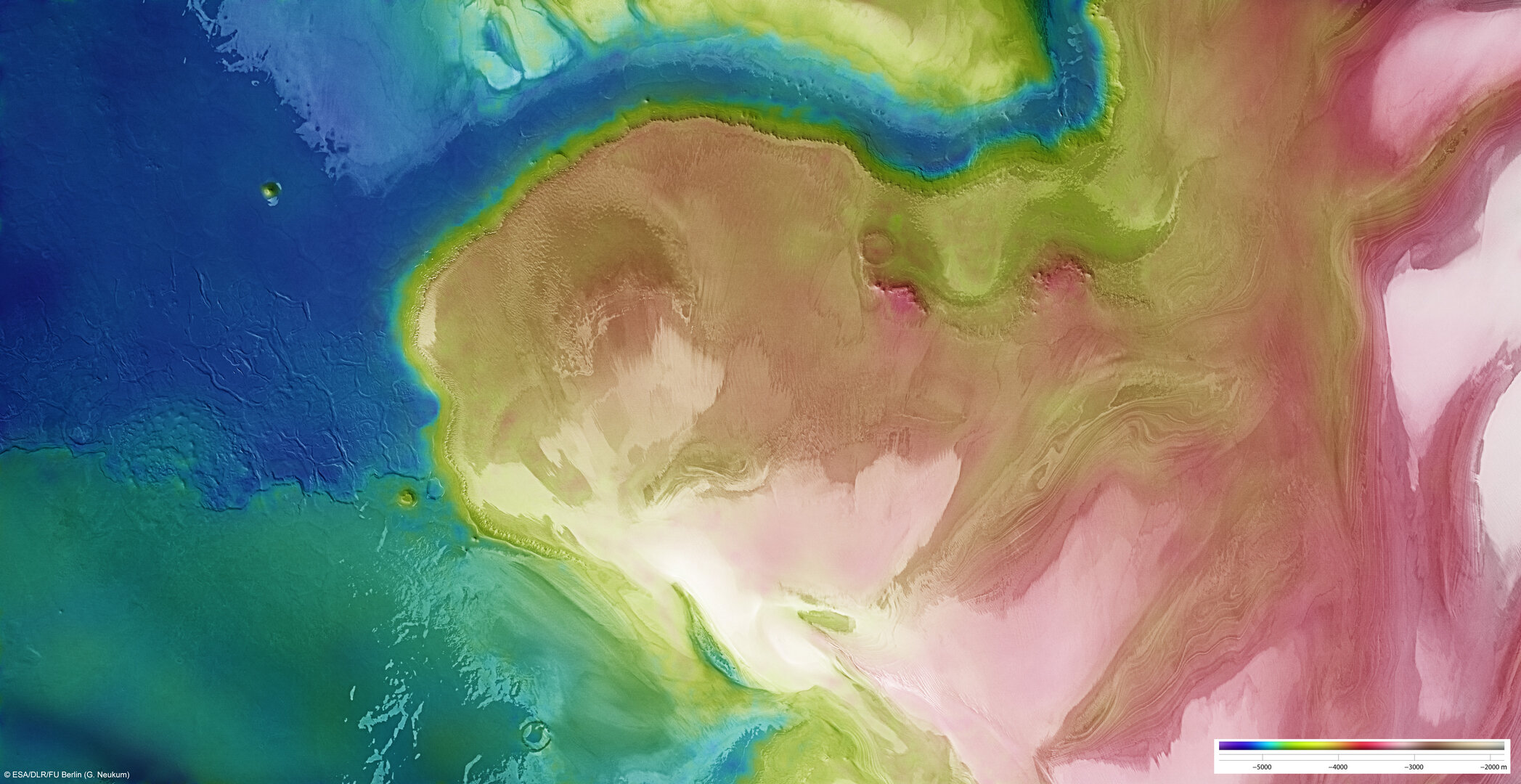 The images are centred around 81° north and 297° east and have a ground resolution of 41 m/pixel. They cover an area of about , almost as large as the Netherlands.

Rupes Tenuis is located at the southern edge of the martian north polar cap, approximately 5500 km northeast of the Tharsis volcanic region.

At present, polar caps contain the largest water reservoir on the Red Planet. Recent data from the Mars Advanced Radar for Subsurface and Ionosphere Sounding (MARSIS) on board Mars Express has revealed that both polar ice caps are 3.5 km thick.

The deep water-ice polar cap is covered by a layer of carbon dioxide ice that is centimetres to decimetres thick. During the warmer summer months, most of the carbon dioxide ice sublimates directly to vapour, and escapes into the atmosphere, leaving behind the harder water-ice layers.

Darker material, mostly dust, is brought in by the wind, and snow and ice are deposited in colder periods. This interplay between sedimentation and ice formation forms the Polar Layered Deposits visible clearly in the images.

An incision visible at top-centre of the image is more than 100 km long. Such curved incisions are common on the edges of the polar caps. Why such structures form is still not known. Chasma Borealis, visible on the right-hand side, is one such incision.

Small, conical mounds have long been interpreted as being volcanic in origin. New data suggest that some of the mounds may be remnants of older material that covered the area earlier. This material may have been more resistant to erosion, forming the mounds.