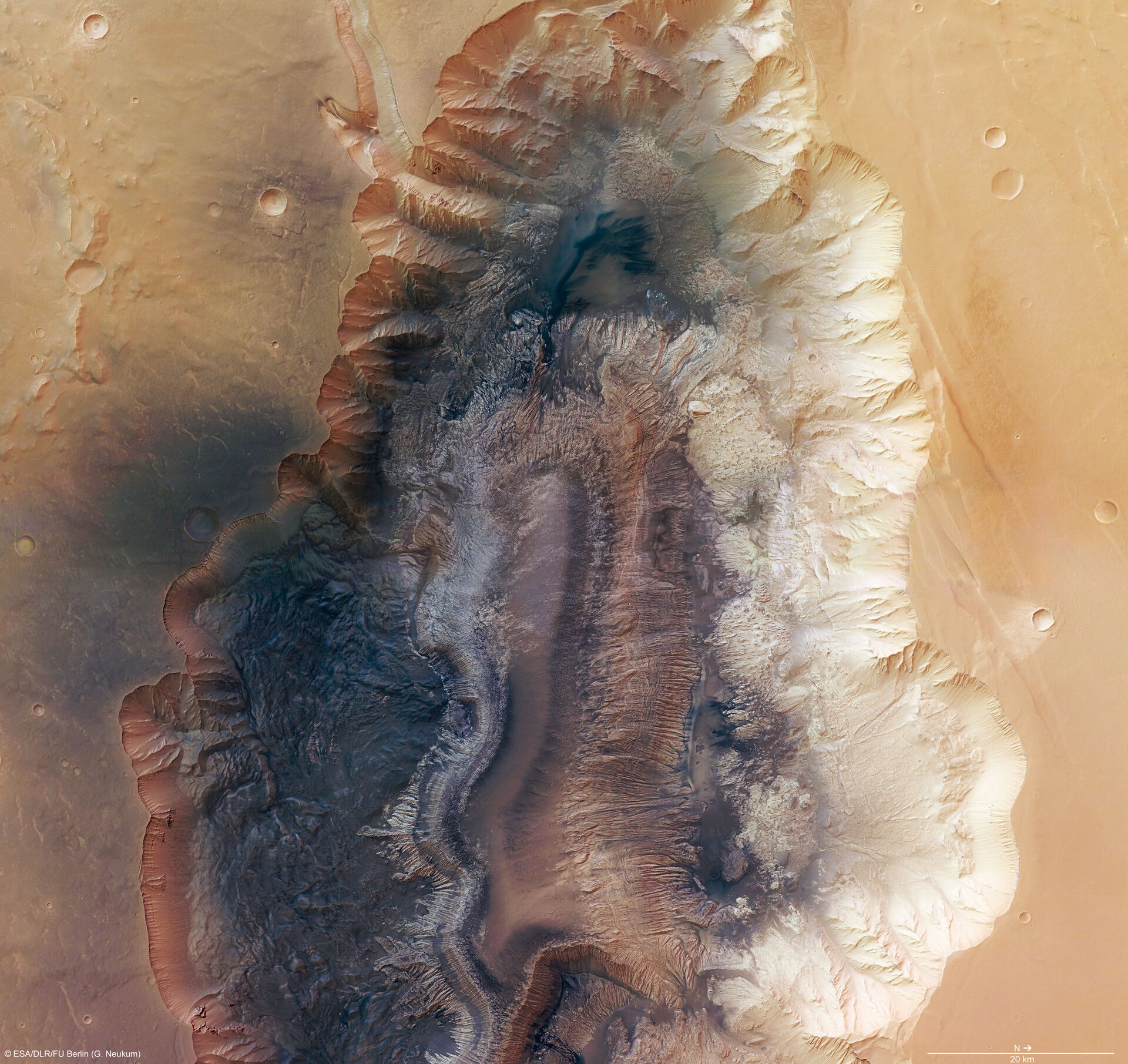 Hebes Chasma is an enclosed trough, almost 8000 m deep, in Valles Marineris, the Grand Canyon of Mars, where water is believed to have flowed. The High Resolution Stereo Camera (HRSC) on ESA’s Mars Express studied the area providing new pictorial clues to its history.

Hebes Chasma is located at approximately 1° south and 282° east. Image data was obtained on 16 September 2005 with a ground resolution of approximately 15 m/pixel.

Hebes Chasma is an enclosed, almost 8000 m-deep trough in the most northern part of Valles Marineris, the 3000-km long “Grand Canyon of Mars”.

The steep flanks of the trough show branched incisions and small veins of rock. Below the flanks, run-off and material from larger landslides is visible.

A flat-topped mountain is located in the centre of Hebes Chasma (3). It reaches 8000 m above the graben floor and rises to almost the same height as the plain surrounding the trough.

The mountain is made up of numerous rock layers stacked on top of each other, perhaps made out of remnants of an older plateau, sediments from a lake, wind-blown sediments or volcanic rocks. The rock layers were exposed by erosion.

Latest data acquired by the OMEGA spectrometer on-board Mars Express has revealed water-bearing minerals such as gypsum in some areas of Hebes Chasma. This is proof that at least significant quantities of water once existed in Hebes Chasma.

The origin of Hebes Chasma is thought to be connected to the nearby Tharsis Region, which was uplifted in the course of intense volcanism. The uplift created tremendous amounts of stress in the crust forming a series of faults oriented radially.

The black and white high resolution images were derived from the nadir channel which provides the highest detail of all channels.