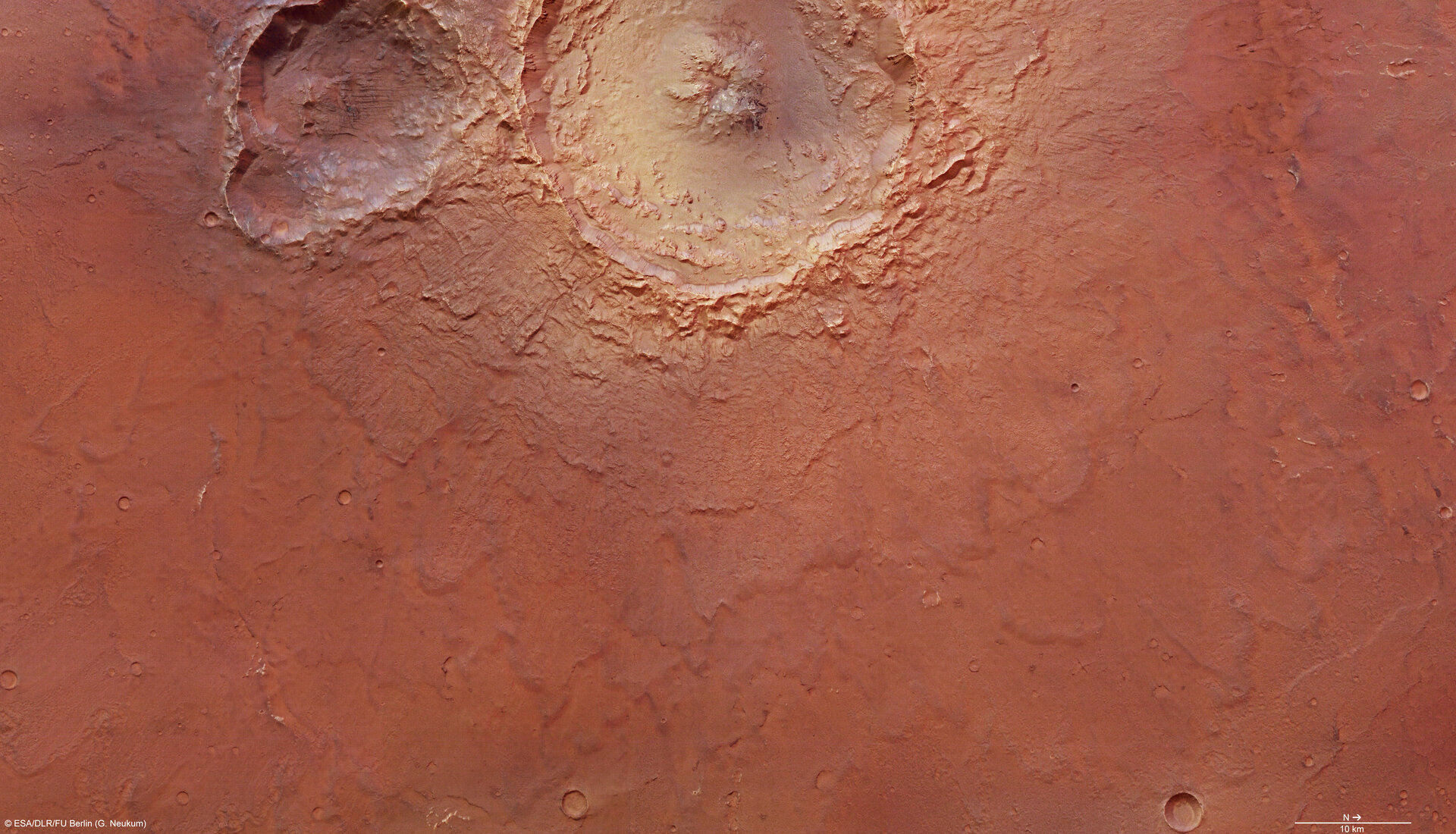 The High Resolution Stereo Camera (HRSC) on board ESA’s Mars Express obtained images of the Tyrrhena Terra region on Mars.

On 10 May 2007, the pictures of the region located at 18° South and 99° East were taken during orbit number 4294 with a ground resolution of approximately 15 metres per pixel.

The Sun illuminates the scene from the south-west (top-left in the image).

The western part of the scene is dominated by a 35 kilometre-wide and approximately 1000 metre-deep impact crater with an extremely steep rim. The rim rises up to 400 metres above the surrounding plains.

The crater is surrounded by multiple layers of material ejected during the impact. These so called ‘ejecta blankets’ spread up to a distance of 50 kilometres around the crater.

Their round, lobate appearance hints at possible ice- and water-rich subsurface material.

The raised feature in the centre of the crater most likely originated from the elastic rebound of compressed subsurface material after the impact. This feature is called 'central peak' or 'central uplift'. This is comparable to what happens when a drop of water hits a puddle.

Another, 18 kilometre-long and approximately 750 metre-deep impact crater, in all likelihood a ‘double impact crater’, is located south of the large crater.

The northern part has been filled by ejecta and the material is present even at the bottom of the crater, in the direction of the point of impact (towards the larger, neighbouring crater).