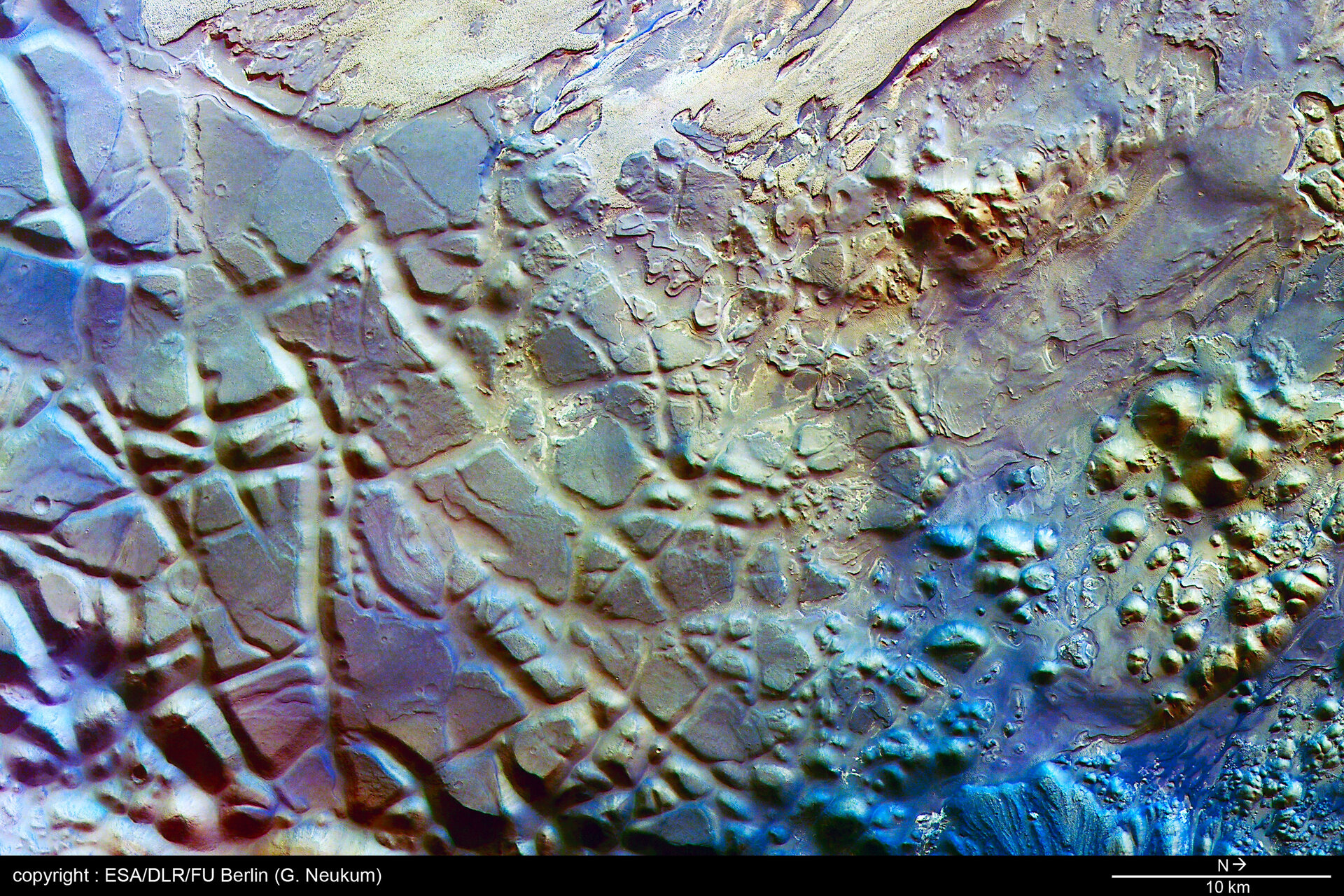 The HRSC obtained these images during orbit 945 with a ground resolution of approximately 14 metres per pixel. The images show the region of Aram Chaos, at approximately 2° North and 340° East.

Aram Chaos is a 280-km-wide almost-circular structure located between the outflow channel Ares Vallis and Aureum Chaos. It is one of many regions located east of Valles Marineris and characterized by chaotic terrain.

As the name 'chaos' suggests, this terrain comprises large-scale remnant massifs, large relief masses that have been moved and weathered as a block. These are heavily eroded and dominate the circular morphology, or structure, which may have formed during an impact. As seen in the colour image, these remnant massifs range from a few kilometres to approximately ten kilometres wide and have a relative elevation of roughly 1000 metres.

Some scientists believe that the numerous chaotic regions located in the eastern part of Valles Marineris were the source of water or ice thought to have created the valleys that extend into Chryse Planitia. These regions are particularly interesting because they may yield clues to the relationship between Valles Marineris, the chaotic terrain, the valleys and the Chryse basin.