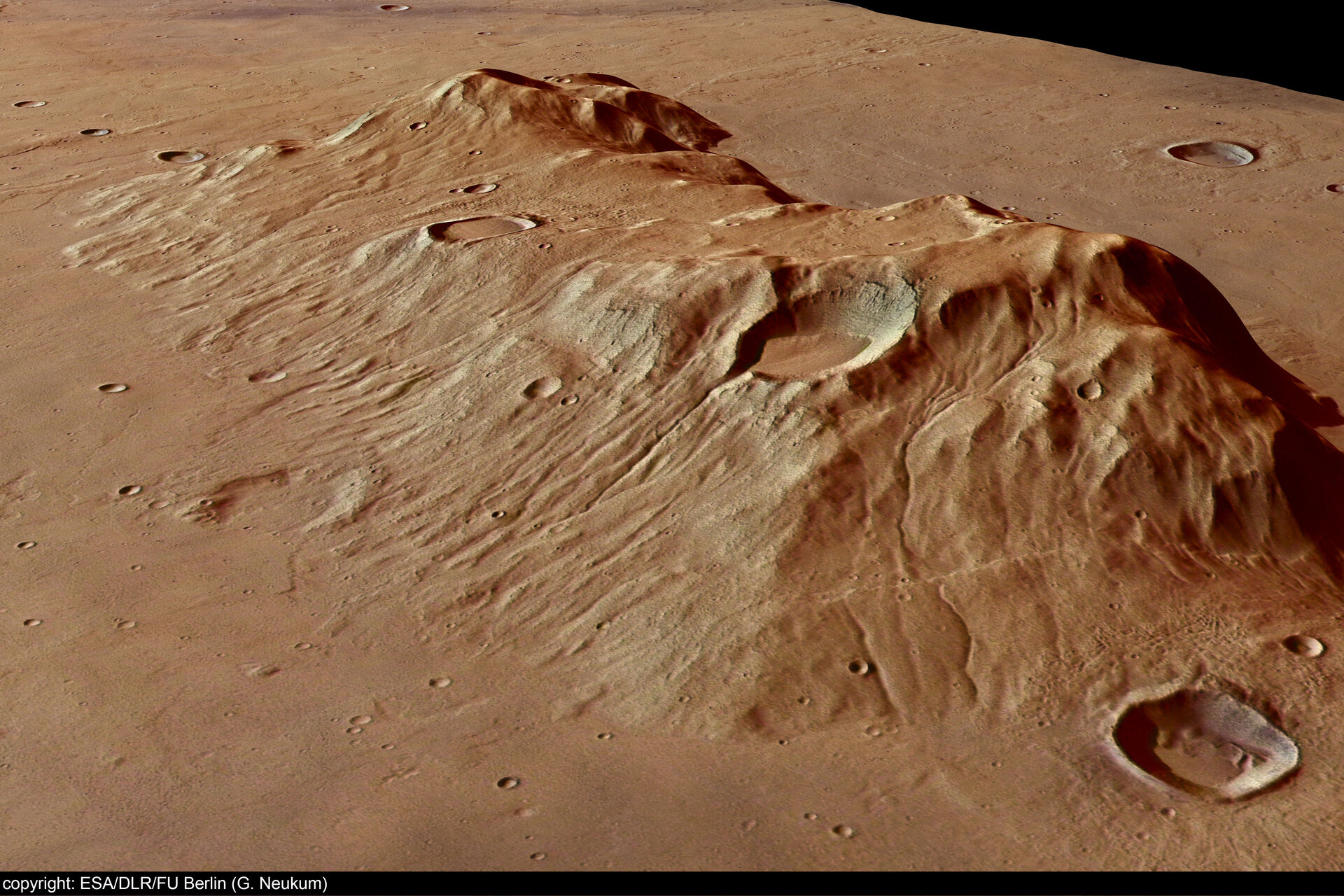 These images, taken by the High Resolution Stereo Camera (HRSC) on board ESA’s Mars Express spacecraft, show the Ausonia Mensa massif on Mars.

The HRSC obtained these images during orbit 506 with a ground resolution of approximately 37.6 metres per pixel. The scenes show the region of Hesperia Planum, containing the massif, at approximately 30.3° South and 97.8° East. North is to the right in these images.

Ausonia Mensa is a large remnant mountain with several impact craters, rising above basaltic sheet layers. The mountain stretches over an area of about 98 kilometres by 48 kilometres and has an elevation of 3700 metres.

A large crater, approximately 7.5 kilometres in diameter and 870 metres deep, has been partially filled with sediment. The northern flank of the crater is broken by a large gully caused by erosion.

Numerous branched channels, also resulting from erosion, run along the edge of top of the plateau toward the plains at the foot of the mountain.

The western flank of the mountain is dominated by a large crater, about six kilometres in diameter, which clearly shows an ejecta blanket and secondary cratering.

Aeolian, or ‘wind-created’, structures are visible about 50 kilometres to south-east of the massif, indicating channeling of atmospheric flow. They are clearly visible because of their different colour.

A heavily eroded, partially filled crater of approximately six kilometres diameter is visible to the north of the massif. The crater is characterised by numerous, smaller and younger craters.

The perspective views have been calculated from the digital terrain model derived from the stereo channels.