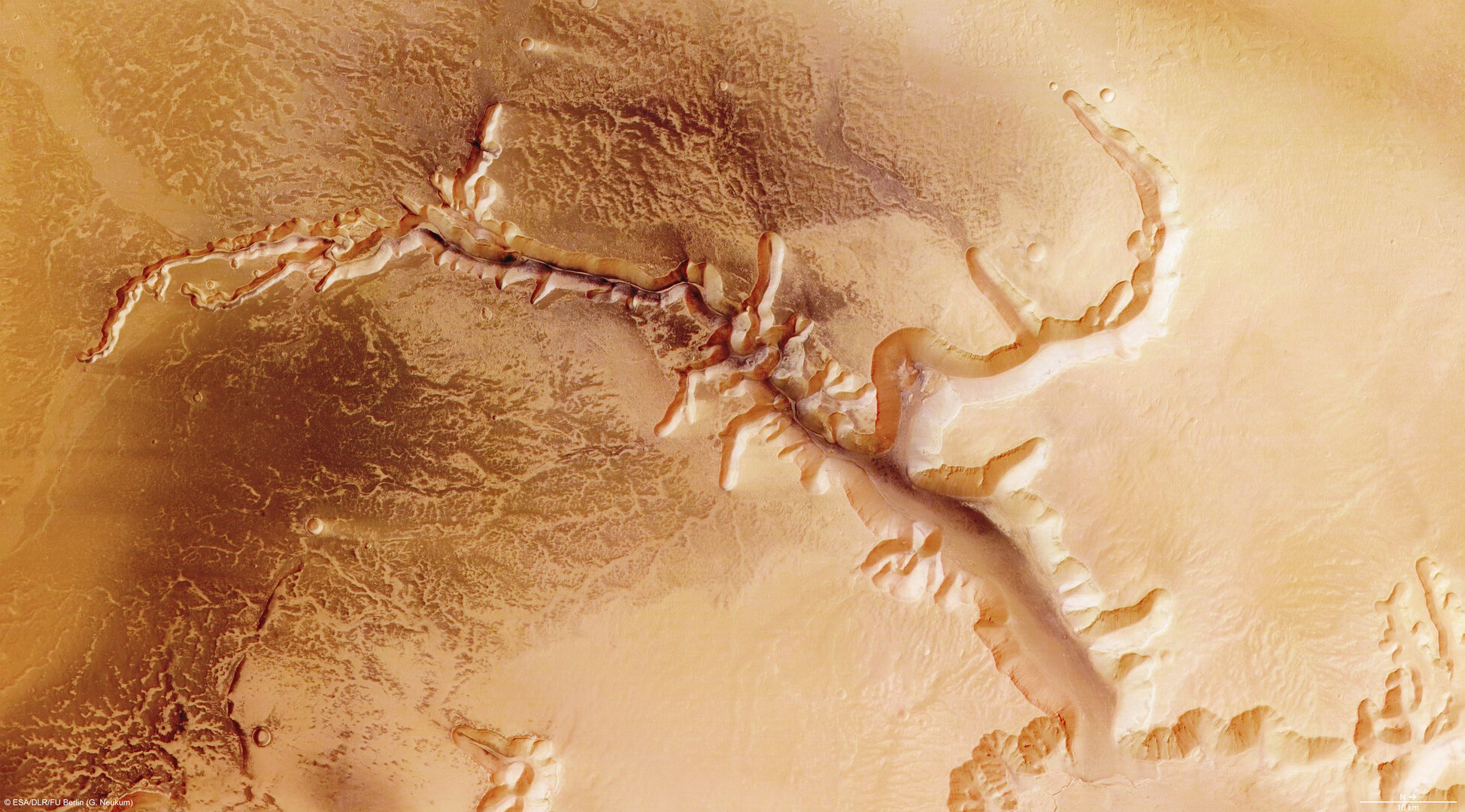 The High-Resolution Stereo Camera (HRSC) on board ESA’s Mars Express has returned images of Echus Chasma, one of the largest water source regions on the Red Planet.

The data was acquired on 25 September 2005. The pictures are centred at about 1° north and 278° east and have a ground resolution of approximately 17 m/pixel.

Echus Chasma is an approximately 100 km long and 10 km wide incision in the Lunae Planum high plateau north of Valles Marineris, the ‘Grand Canyon’ of Mars. Echus Chasma is the water source region of Kasei Valles, which extends thousands of kilometres to the north, and its southern-most part.

The images of the Echus Chasma plateau show valleys that are about 10 km long and 1000 m deep. The main valley, Kasei Valles, is about 4 km in depth. The smaller valleys, also called sapping canyons, originate from the discharge of groundwater.

One possible indication for volcanic activity in the past is be a sickle-shaped, about 25-km long dike in the centre of the image (feature 2 in the annotated image). Dikes are rock formations of volcanic origin. They are formed when magma rises up through fissures in the overlying rock or penetrates existing rock layers. The magmatic rock is usually resistant to weathering and is able to endure erosion.

Two impact craters with a diameter of approximately 8 km are located south-east of the dike. The eastern crater was partly eroded as the valley formed. A large portion of the crater collapsed into the valley and its debris was removed.

The dark material shows a network of light-coloured, shallowly incised valleys. They look similar to drainage networks known on Earth.