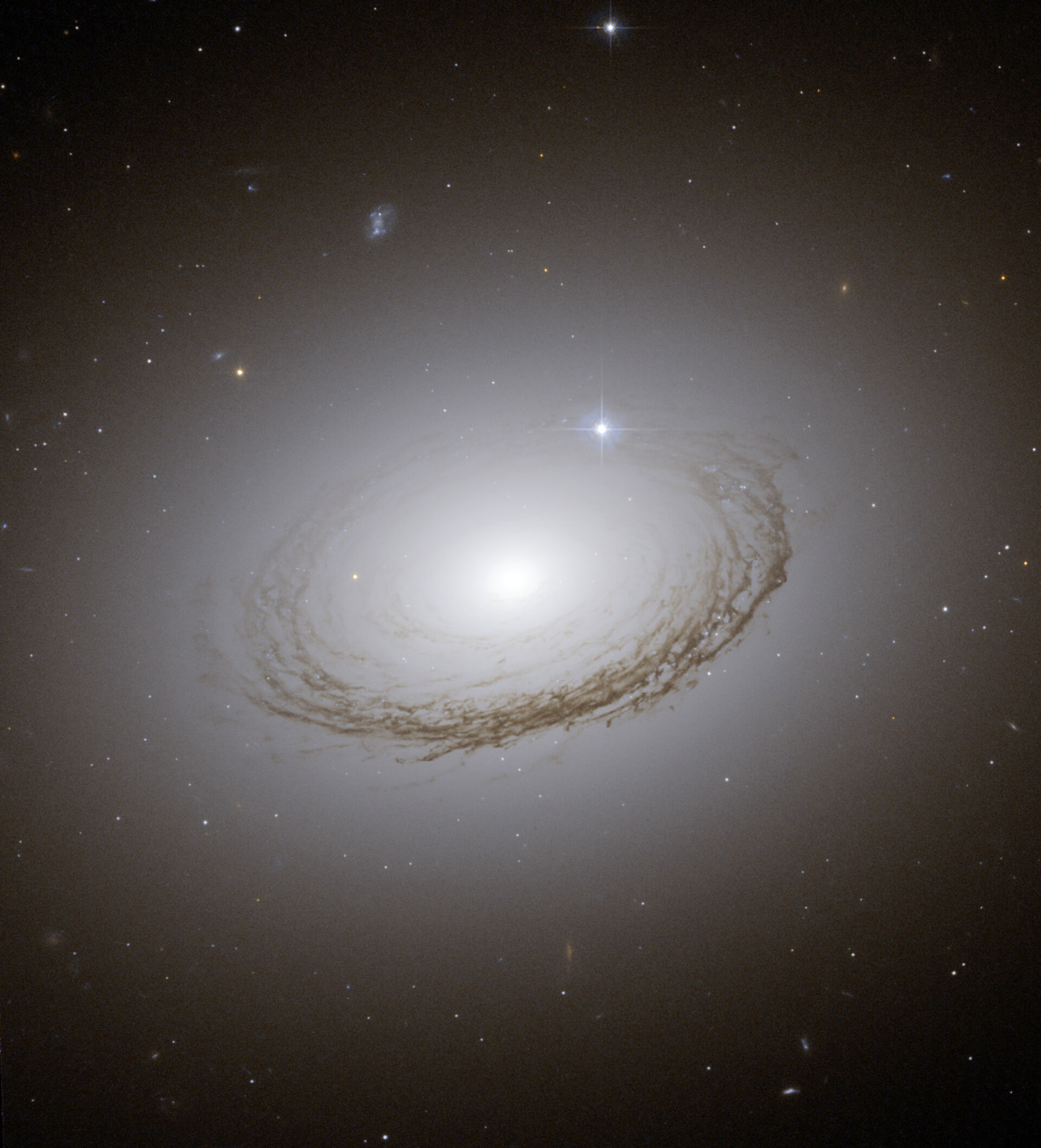 The NASA/ESA Hubble Space Telescope has captured this image of NGC 7049, a mysterious looking galaxy on the border between spiral and elliptical galaxies. NGC 7049 is found in the constellation of Indus, and is the brightest of a cluster of galaxies, a so-called Brightest Cluster Galaxy (BCG).

Typical BCGs are some of the oldest and most massive galaxies. They provide excellent opportunities for astronomers to study the elusive globular clusters lurking within.

The globular clusters in NGC 7049 are seen as the sprinkling of small faint points of light in the galaxy’s halo. The halo – the ghostly region of diffuse light surrounding the galaxy – is composed of myriads of individual stars and provides a luminous background to the remarkable swirling ring of dust lanes surrounding NGC 7049's core.

Globular clusters are very dense and compact groupings of a few hundreds of thousands of stars bound together by gravity. They contain some of the first stars to be produced in a galaxy. NGC 7049 has far fewer such clusters than other similar giant galaxies in very big, rich groups. This indicates to astronomers how the surrounding environment influenced the formation of galaxy halos in the early Universe.

The image was taken by the Advanced Camera for Surveys on Hubble, which is optimised to hunt for galaxies and galaxy clusters in the remote and ancient Universe, at a time when our cosmos was very young.

The constellation of Indus, or the Indian, is one of the least conspicuous in the southern sky. It was named in the 16th century by Dutch astronomer Petrus Plancius from observations made by Dutch navigator Pieter Dirkszoon Keyser and Dutch explorer Frederick de Houtman.