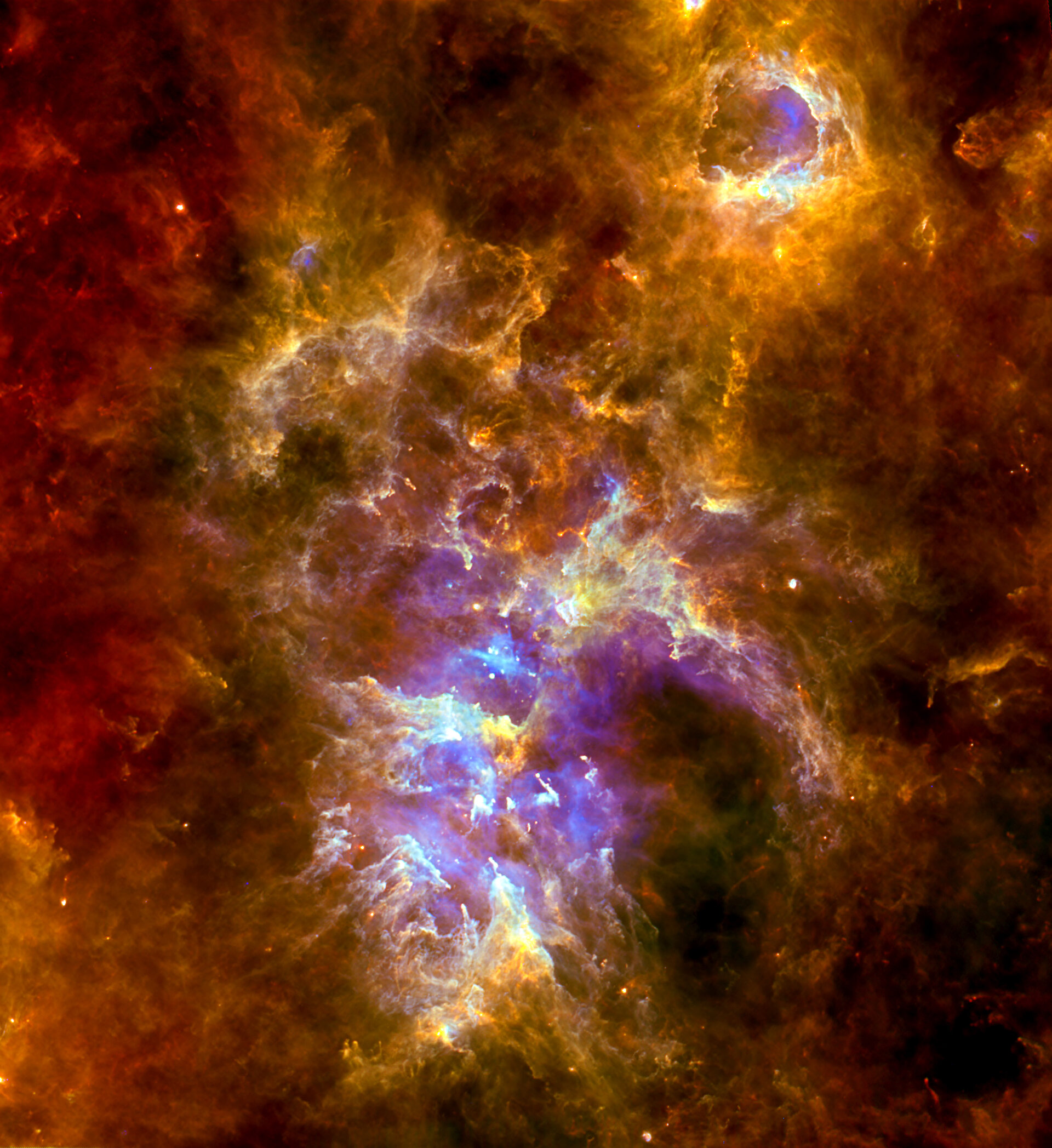 Giant bubbles, towering pillars and cascading clouds of dust and gas fill the star-forming nursery of the Carina Nebula seen here in a stunning new view from Herschel to launch ESA Space Science’s image of the week feature.

The Carina Nebula is some 7500 lightyears from Earth and hosts some of the most massive and luminous stars in our Galaxy, including double-star system eta Carinae, which boasts over 100 times the mass of our Sun.

The total amount of gas and dust traced by ESA’s Herschel space observatory in this image is equivalent to some 650 000 Suns. Including warmer gas not well traced by Herschel, the total mass may be as high as 900 000 Suns.

Surrounding pillars of gas and dust point towards the bright central region of nebulosity – home to eta Carinae and numerous other massive stars.

The pillars are carved by intense stellar winds and radiation blasted out by these stars, eating away at the surrounding material.

Above and to the left is a chaotic web of bubbles and broken bubble arcs molded by individual regions of star formation that have swept up shells of dense clouds around them.

At top right is the Gum 31 nebula, which has blown a giant bubble out of the surrounding dense clouds thanks to winds and radiation emitted by the young stellar cluster NGC 3324 that sits at its heart.

This latest Herschel image launches ESA Space Science’s new image of the week series, which will present a variety of images and animations capturing all aspects of space science from the Sun, planets, stars, and galaxies to the edge of the Universe, along with the spacecraft that provide us with these spectacular views.

Every week, look to the top right of the Space Science homepage and prepare to be amazed!