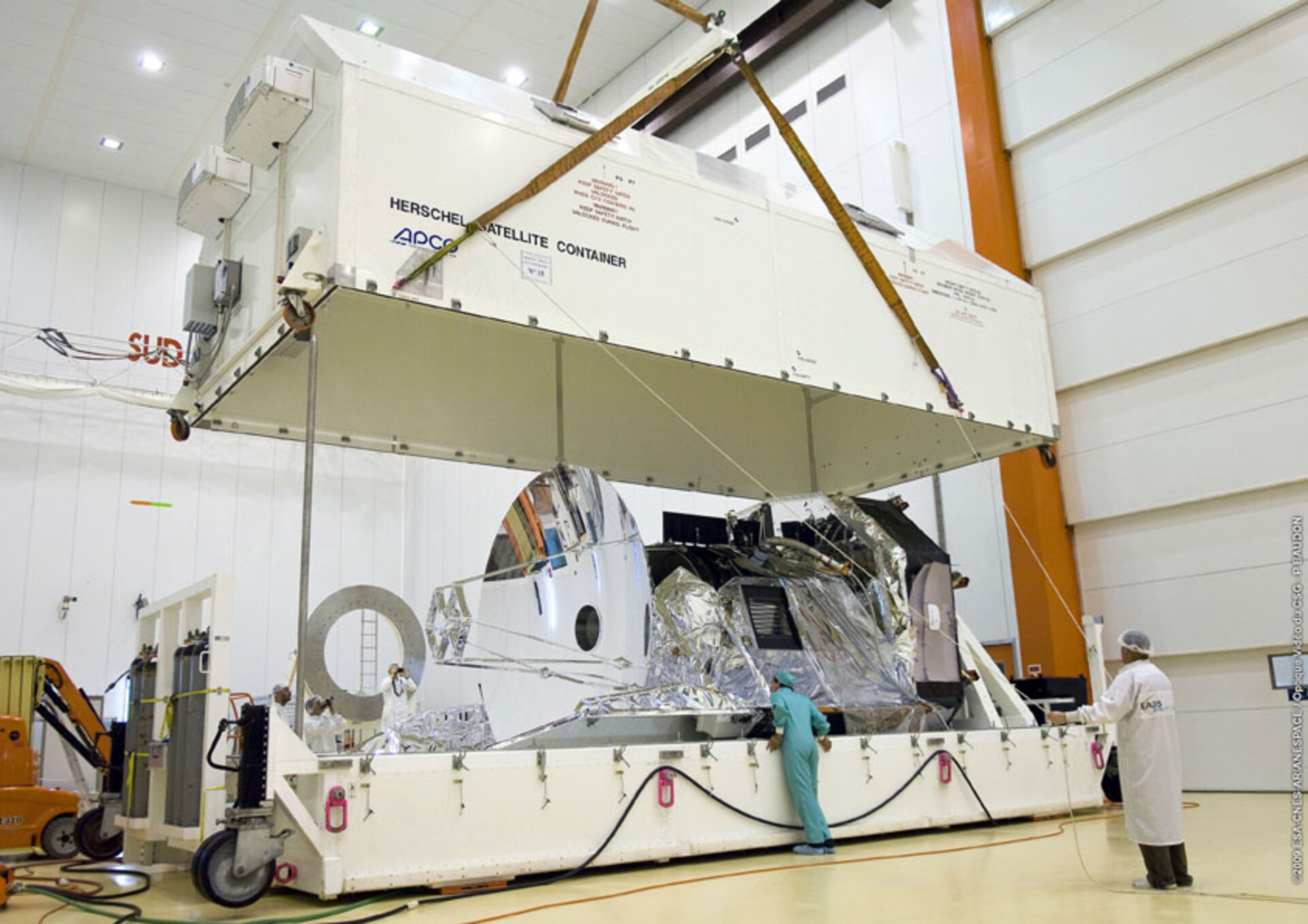 Following Herschel’s arrival at Europe’s Spaceport in Kourou, French Guiana, the spacecraft has been unpacked and inspected. After an initial visual inspection, the telescope mirror, the largest ever to fly in space, was cleaned thoroughly to prepare it for launch.

The spacecraft arrived in Kourou on 12 February. Before the container was opened a day later, it was flushed with dry gaseous nitrogen, ensuring that the difference in pressure inside and outside of the container prevented any contaminants from entering.

Once the spacecraft was removed from the container, a first visual inspection was carried out. Between 15 and 17 February, the telescope mirrors were cleaned thoroughly. This was done using carbon dioxide snow, or dry ice, that vapourises and carries away any foreign particles.

The next step will comprise a mechanical and electrical fit check of the spacecraft with the adapter that is its interface to the launcher.