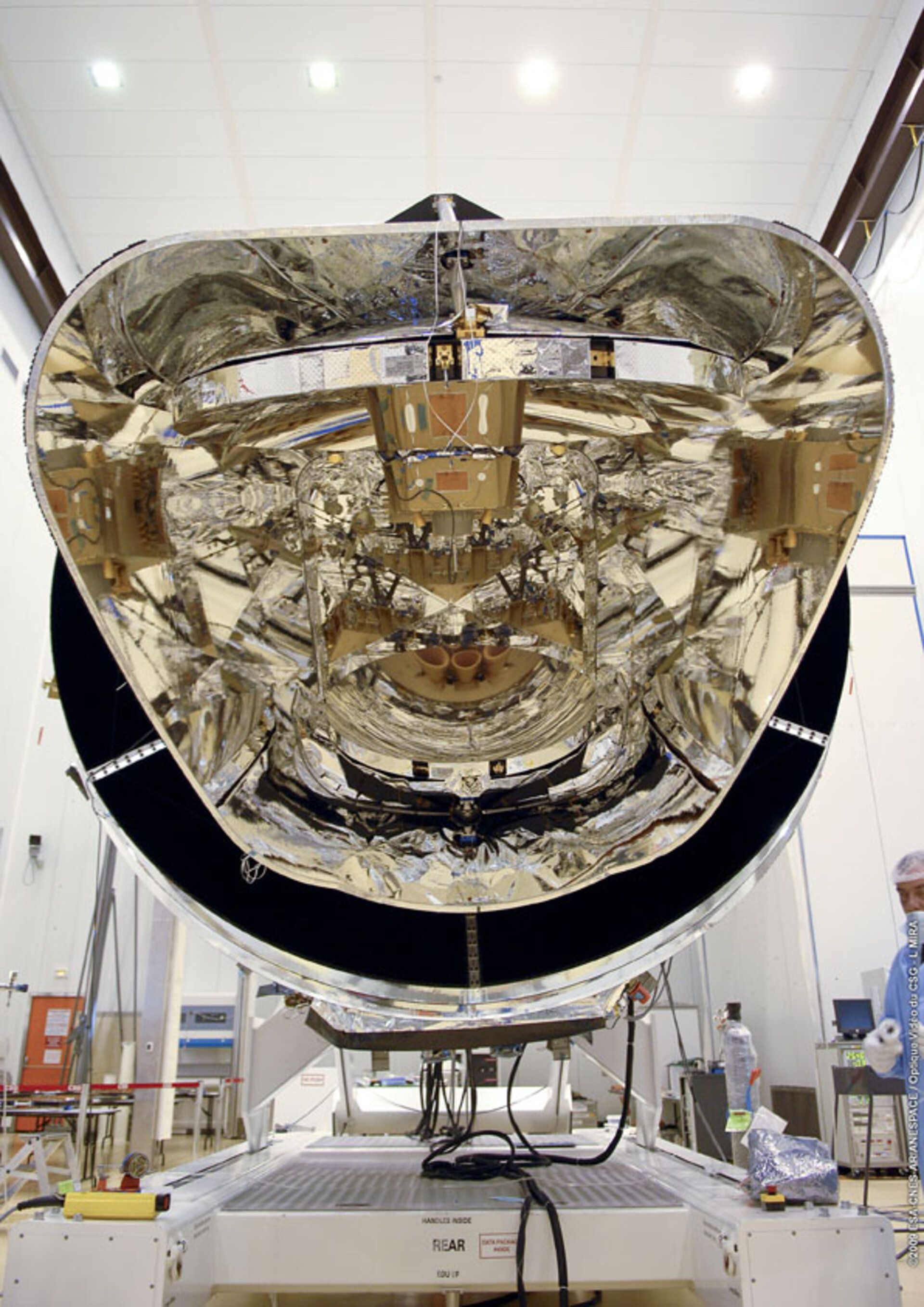 Preparations for Planck’s launch continue at Europe’s Spaceport in Kourou, French Guiana. During the past two weeks tests to verify the functionality of the spacecraft have begun, and the external solar array has been integrated with the spacecraft.

To verify the mechanical stability of the spacecraft, engineers carried out measurements to ensure that the service module is aligned with the payload module. They also measured the alignment of the spacecraft thrusters which are attached to the service module. The thrusters will be used for trajectory corrections and for re-orientation manoeuvres.

On 24 February, the spacecraft was switched on for the first time since its arrival in Kourou, initiating the main series of functional tests. Functional tests of the scientific instruments and the ‘listen-in’ test were completed: the listen-in test verified that the simulated link between the spacecraft and the mission control system at Planck’s Mission Operations Centre at ESA’s Space Operations Centre in Germany worked normally.

The next functional tests will verify several spacecraft systems including: the power system, the thermal control system, the attitude control and measurement system, the command and data management and tracking and telemetry.

Planck's solar array comprises a circular inner part and a ring-shaped outer part that is composed of four equal sections. The outer part was integrated with the spacecraft on 27 February. The inner part had been installed at the end of last year while the spacecraft was at Centre Spatial Liège, Belgium.

Installed at the base of the service module, the complete solar array now covers an area of and will provide the spacecraft with electrical power once in space.