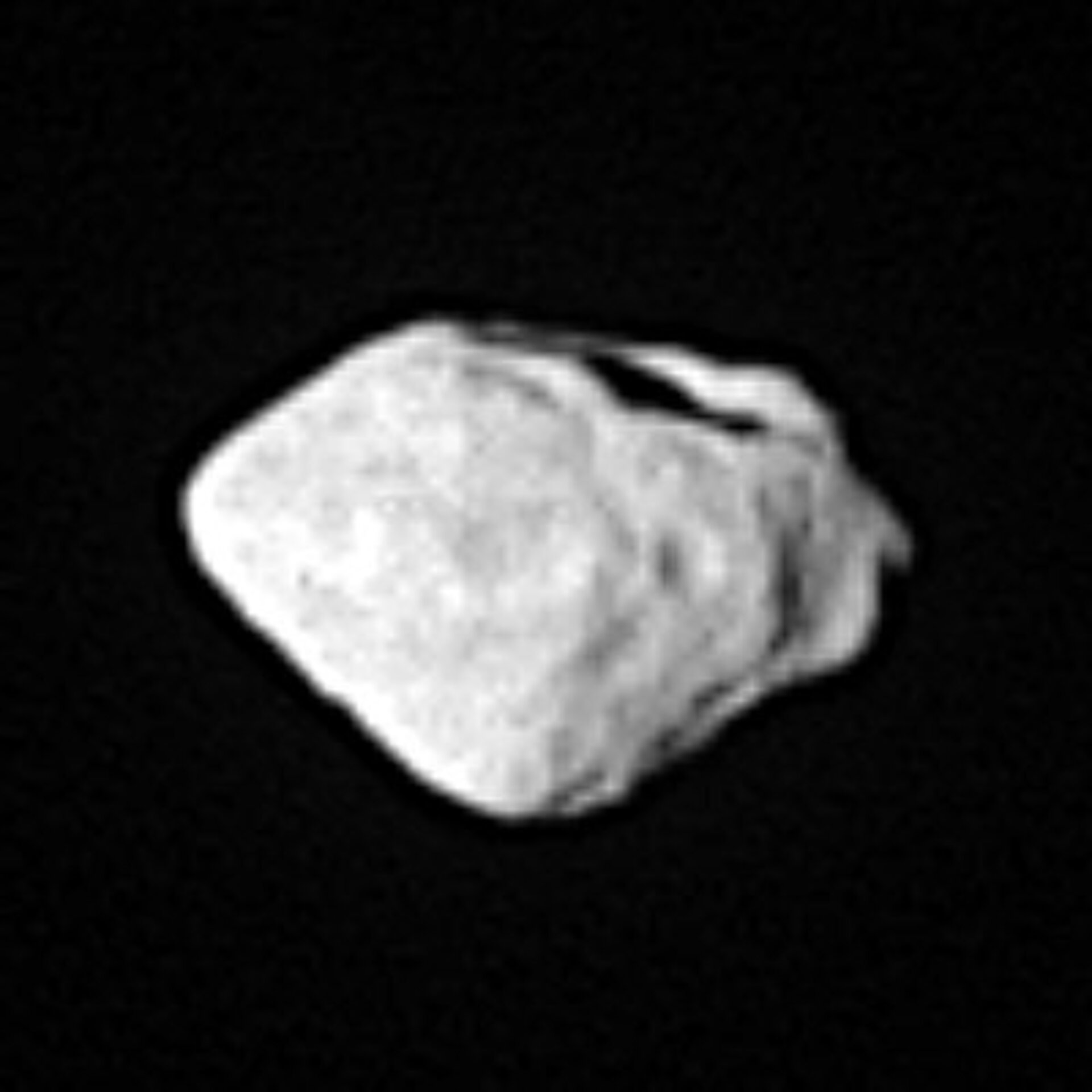 The first images from Rosetta’s OSIRIS imaging system and VIRTIS infrared spectrometer were derived from raw data this morning and have delivered spectacular results.

"Steins looks like a diamond in the sky," said Uwe Keller, Principal Investigator for the OSIRIS imaging system from the Max Planck Institut Fuer Sonnensystemforschung, Lindau.

Visible in the image are several small craters on the asteroid, and two huge ones, one of which is 2 km in diameter, indicating that the asteroid must be very old.

The images are 50 to 60 pixels in diameter, enough to characterise the shape and other characteristics of the body of the asteroid.

Rita Schulz, Rosetta Project Scientist, said, "In the images is a chain of impact craters, which must have formed from recurring impact as the asteroid rotated. The impact may have been caused by a meteoroid stream, or fragments from a shattered small body."

The chain is composed of about 7 craters. To determine the age of the asteroid, a count of the craters on the asteroid’s surface has been started (the more the number of craters, the older the asteroid). So far, 23 craters have been spotted.

From the images, scientists will try and understand why the asteroid is unusually bright, and how fine grains of the surface regolith are. This will tell them more about how the asteroid formed.

Gerhard Schwehm, Mission Manager for Rosetta said, "It looks like a typical asteroid, but it is really fascinating how much we can learn from just the images. This is our first science highlight; we certainly have a lot of promising science ahead of us. I’m already looking forward to encountering our next diamond in the sky, the much bigger Lutetia."

The OSIRIS team expects that the images that they will retrieve from the Narrow Angle Camera (NAC) will be of comparable resolution. This will add to the detailed colour information and hence to knowledge of the surface composition.

Science team members noted that the Narrow Angle Camera (NAC) appears to have switched to safe mode a few minutes before closest approach, but switched back on after a few hours. The software is programmed to switch to safe mode when certain parameter thresholds are crossed to protect the camera. The team will concentrate investigating the reasons for this anomaly once the science data has been analysed.

After analysis of the Rosetta data, Steins will be one of the best-characterised asteroids so far.