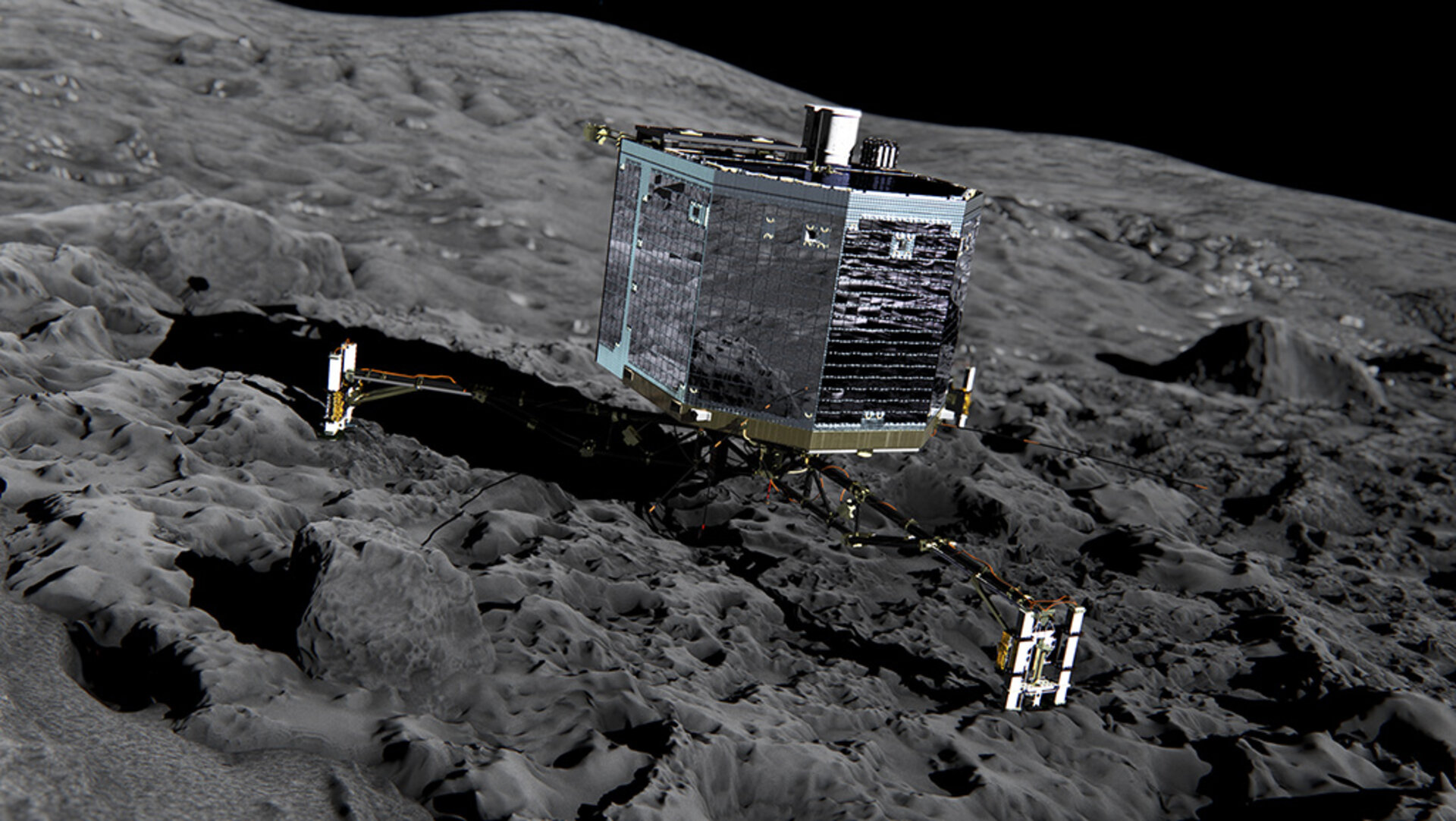 The 100-kilogram Rosetta lander is provided by a European consortium under the leadership of the German Aerospace Research Institute (DLR). Other members of the consortium are ESA and institutes from Austria, Finland, France, Hungary, Ireland, Italy and the UK.

The box-shaped lander was carried on the side of the orbiter until it arrived at Comet 67P/Churyumov-Gerasimenko and a landing site was selected. Once the orbiter was aligned correctly, the lander was commanded to eject from the main spacecraft and unfold its three legs, ready for touchdown. Harpoons and ice screws in the feet were intended to secure the lander to the surface. In the event, the lander failed to secure to the comet's surface and instead bounced to a new, less well illuminated location than planned. Despite that, the lander completed many experiments and returned unique science data before entering into hibernation.

The lander structure consisted of a baseplate, an instrument platform, and a polygonal sandwich construction, all made of carbon fibre. Some of the instruments and subsystems were beneath a hood that was covered with solar cells.

An antenna transmitted data from the surface to Earth via the orbiter. The lander carried nine experiments, with a total mass of about 21 kilograms. It also carried a drilling system.