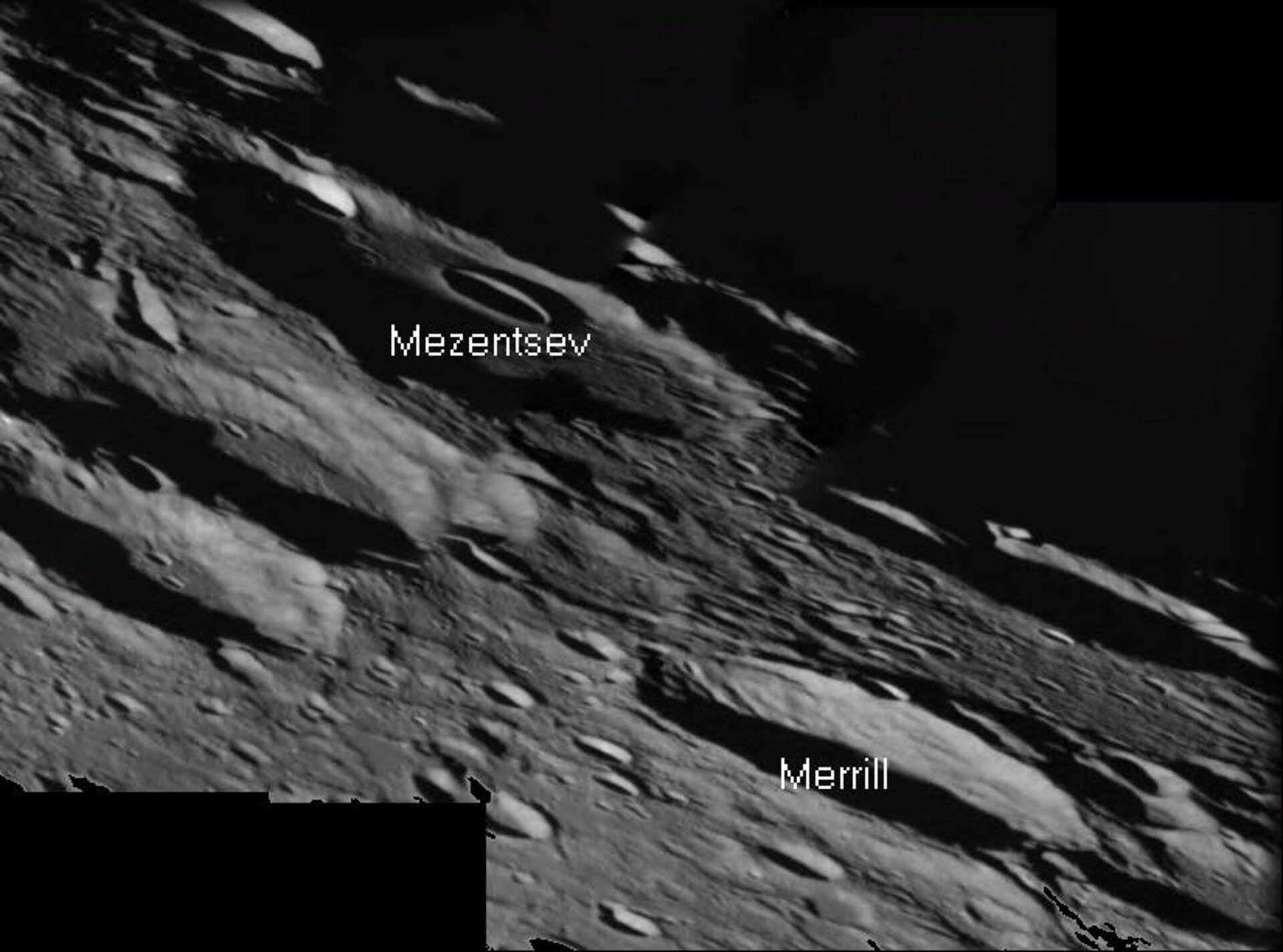 This image, taken by the Advanced Moon Imaging Experiment (AMIE) on board ESA’s SMART-1 spacecraft, provides an 'oblique' view of the lunar surface towards the limb, around the Mezentsev, Niepce and Merrill craters, on the far side of the Moon.

"This cratered terrain is similar in topography to near-side highlands, while the far-side equator bulge can reach heights of 7 km, and the South Pole Aitken basin has depths down to 8 km," says SMART-1 Project Scientist Bernard Foing.

AMIE obtained this sequence on 16 May 2006. The imaged area is centred at a latitude of 73º North and a longitude of 124º West(or 34º further than the West limb seen from Earth).

Normally, the SMART-1 spacecraft points the AMIE camera straight down, in the so-called Nadir pointing mode. In this image, AMIE was looking out 'the side window' and pointing towards the horizon, showing all craters in an oblique view. The largest craters shown are Mezentesev, Niepce and Merrill, located on the lunar far side, not visible from the Earth. Mezentsev is an eroded crater 89 kilometres in diameter, while Niepce and Merrill have the same size 57 km.