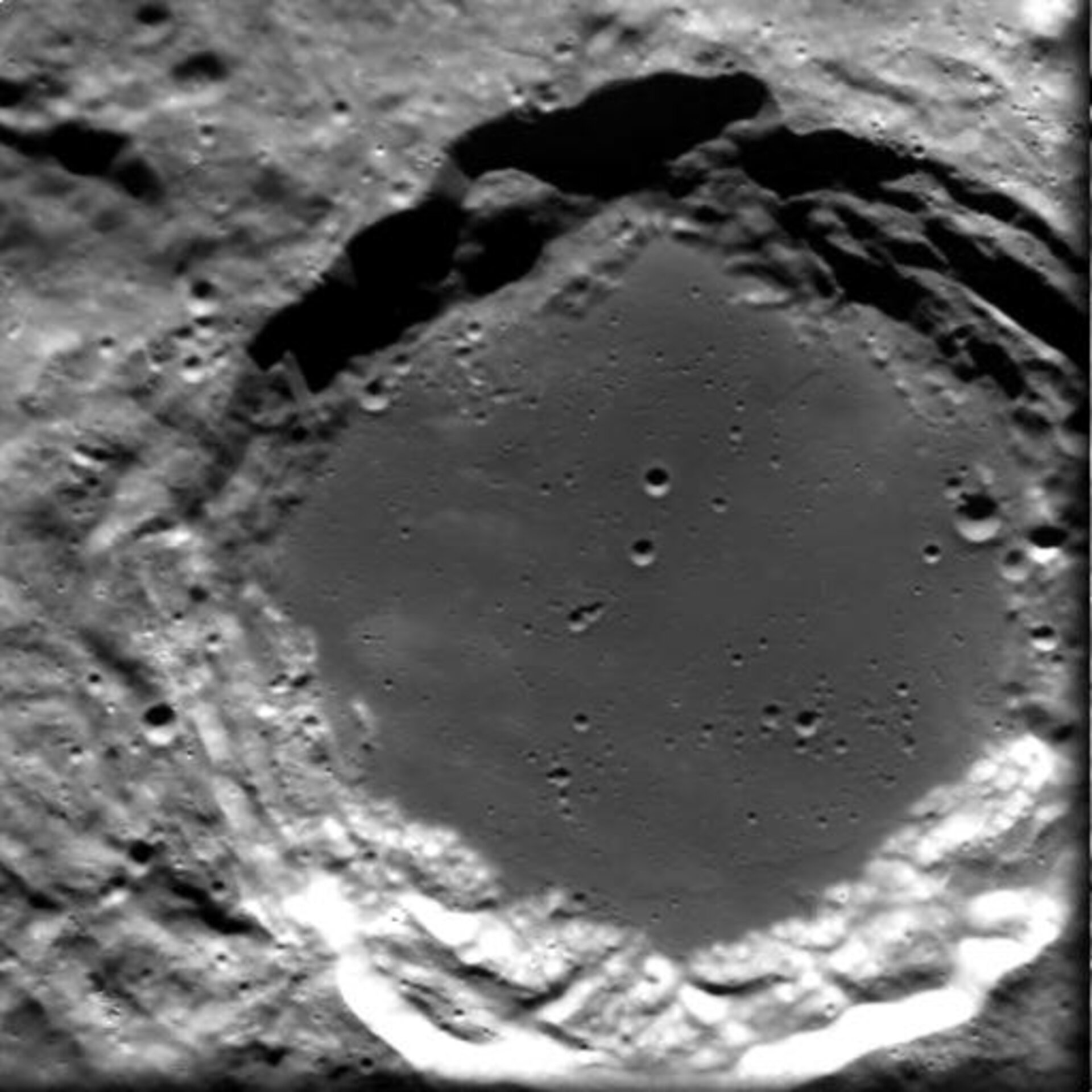 This image, taken by the advanced Moon Imaging Experiment (AMIE) on board ESA’s SMART-1 spacecraft, shows crater Lomonosov on the Moon’s far side.

AMIE obtained the image on 30 January 2006 from a distance of about 2100 kilometres from the surface, with a ground resolution of 190 metres per pixel. The imaged area is centred at a latitude of 27.8º North and a longitude of 98.6º East.

Crater Lomonosov is a nice example for a large crater (92 kilometres in diameter) which was filled by lava after the impact, thus exhibiting a flat floor. The terraced walls indicate 'slumping', that is sliding of the rocks downwards due to gravity after the end of the impact. The small craters inside Lomonosov are the result of impacts into this lava floor which happened after the formation of Lomonosov.

Looking closely to the left half of the crater, one can see changes in the brightness of the crater floor, resembling horizontal paint strokes. These can be seen frequently in this area of the Moon and are ejecta deposits of the young crater Giordano Bruno which is at about 300 kilometres distance.

The crater is named in honor of Mikhail Vassilievitch Lomonossov, a Russian physicist (1711 - 1765). He was professor of physics at Saint Petersburg university and devoted his live to the study of the properties of matter and electricity.