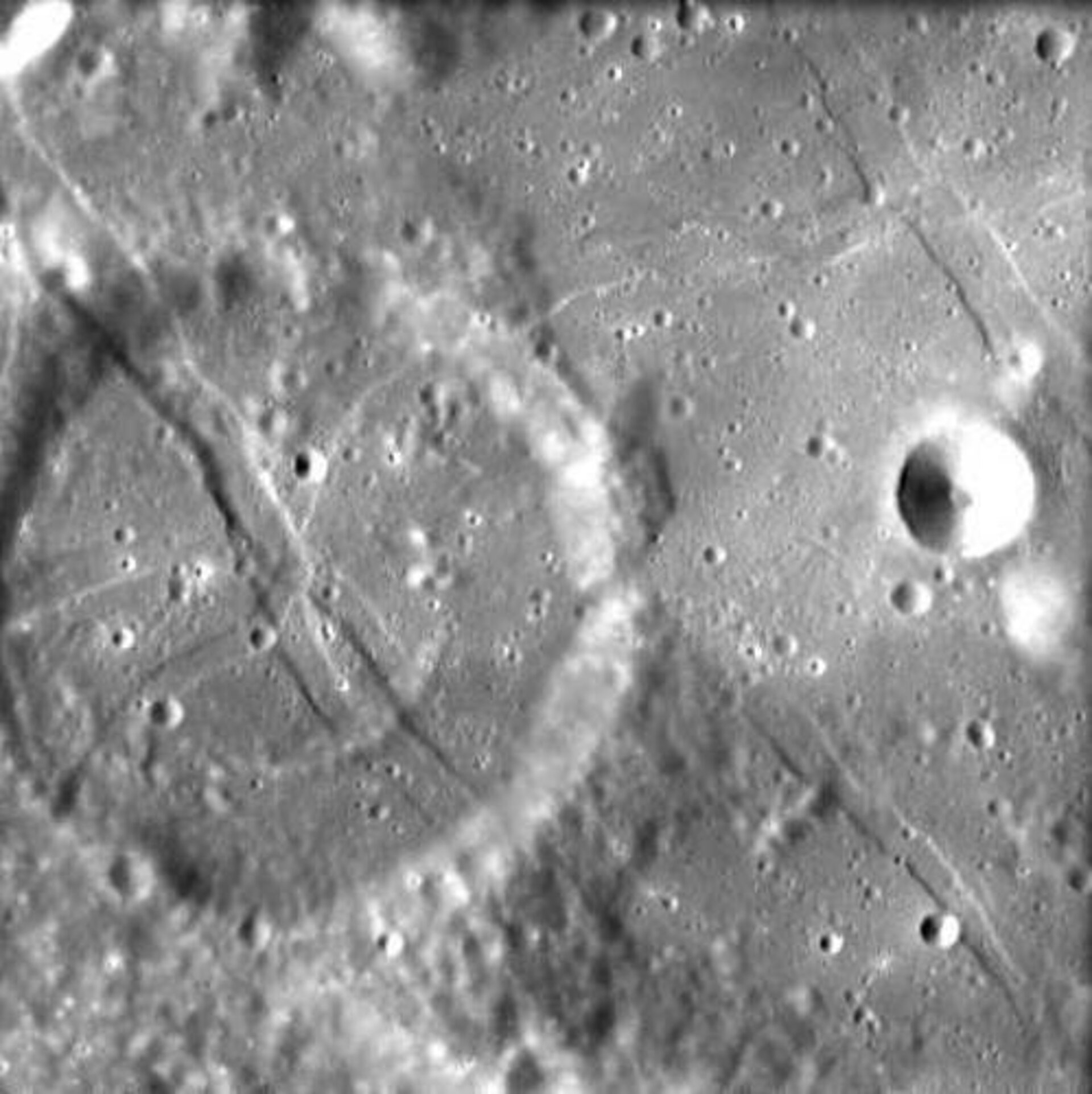 This image, taken by the Advanced Moon Imaging Experiment (AMIE) on board ESA’s SMART-1 spacecraft, shows Crater De Gasparis on the Moon.

The AMIE camera obtained this image on 14 January 2006 from a distance of about 1090 kilometres with a ground resolution of approximately 100 metres per pixel.

Crater De Gasparis is located close to the Mare Humorum, at longitude 51.2° West and latitude 26.0° South, on the lower left quarter of the Moon’s Earth-facing side. It has a diameter of about 30 kilometres and can be seen with the naked eye from Earth.

The criss-cross patterns in it are called ‘rilles’ (these are features where the surface has sunk down to form a trench).

These rilles coincide with deep tectonic faults that have been active over a long period of lunar geological evolution. They are the result of stresses due to all the tidal forces and volcanic expansion over the lunar mantle during the last stages of lava flooding of Oceanus Procellarum.

The fact that the rilles cross the crater means that they formed after the crater. This is a good example for how geologists can determine the relative history of the Moon’s surface.

This crater is named after the Italian astronomer Annibale de Gasparis (1819-1892). De Gasparis was director of the observatory in Naples, Italy.