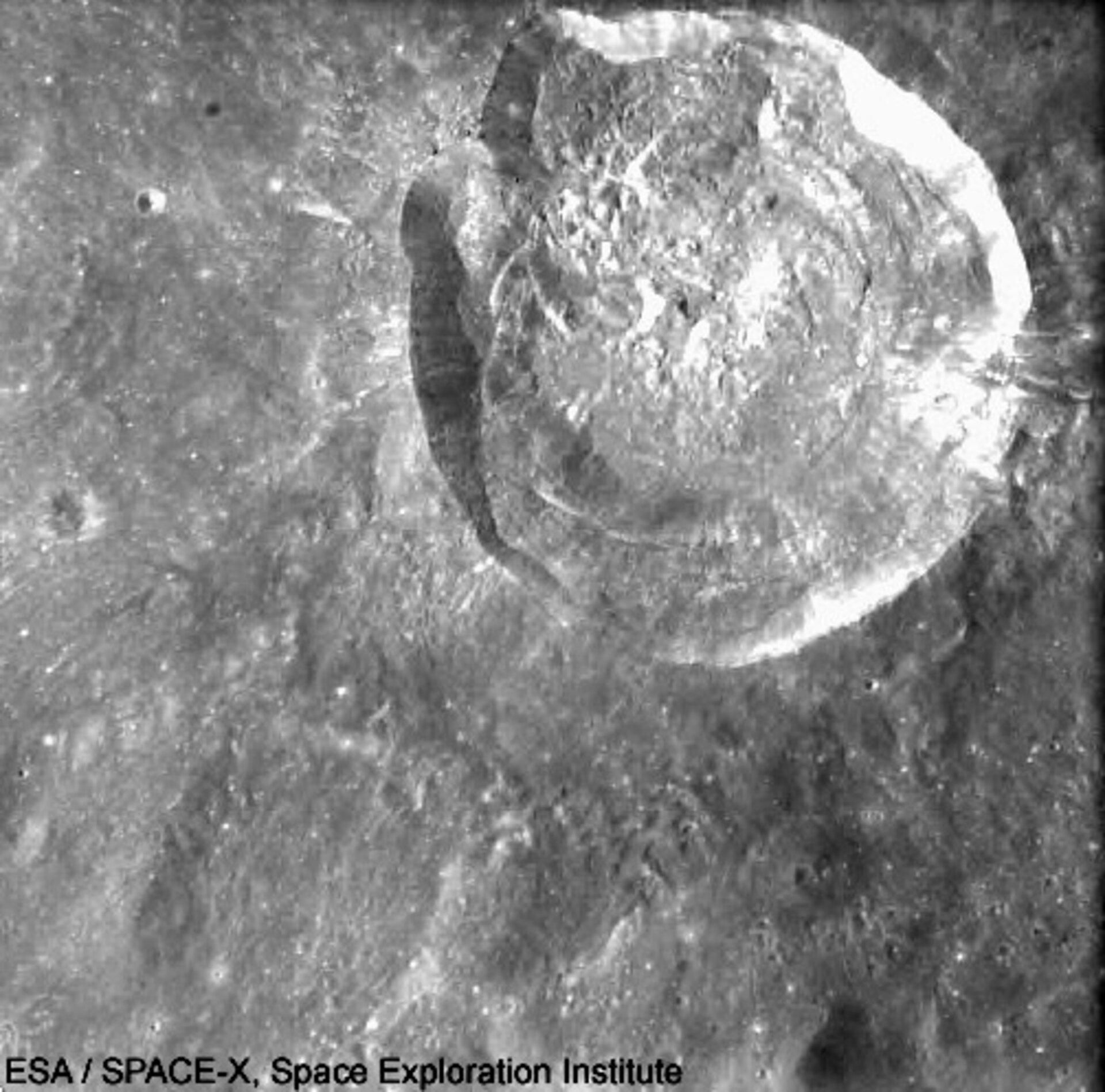 This image, taken by the Advanced Moon Micro-Imager Experiment (AMIE) on board ESA’s SMART-1 spacecraft, shows Glushko impact crater on the Moon.

AMIE obtained this image from a distance of about 1600 kilometres, with a resolution of 150 metres per pixel. The field of view of this image is 80 kilometres.

The crater is located at 8.4° North, 77.6° West and has a diameter of 43 kilometres. The crater is attached to the western rim of Olbers crater was previously designated 'Olbers A' before being renamed in honour of Valentin Petrovitch Glushko, a Russian rocket scientist, by the International Astronomical Union. It is very close to the western limb as seen from Earth.

This crater possesses a relatively high albedo and is the focus of a prominent ray system that extends in all directions across the nearby surface. Very clear impact features indicate that it is very young, unusual for this size of crater (compared to the 800-million year old Copernicus crater). It is possible to see a sharp impact wall and rim, unaffected by erosion (by later impacts). In the inner part of the rim, terraces and wrinkles correspond to collapsed material.

Signatures of ejecta include a blanket surrounding the crater, but also fine radial rays. For this size of crater, the ejecta layer does not seem thick enough to swamp nearby features. In the centre of the crater, there is a rough surface, in morphological terms somewhere in between the smooth ‘bowl’ shape seen in smaller craters, and the defined central peaks in craters larger than 60 kilometres.

"SMART-1 data can help to pinpoint the physical signatures of excavation and transformation occurring during impact events," says ESA’s SMART-1 Project Scientist Bernard Foing. "The Moon can be used as geological laboratory to study those impact processes, in comparison with craters on Earth, Mars and elsewhere in the Solar System, or with theoretical explosive simulations."