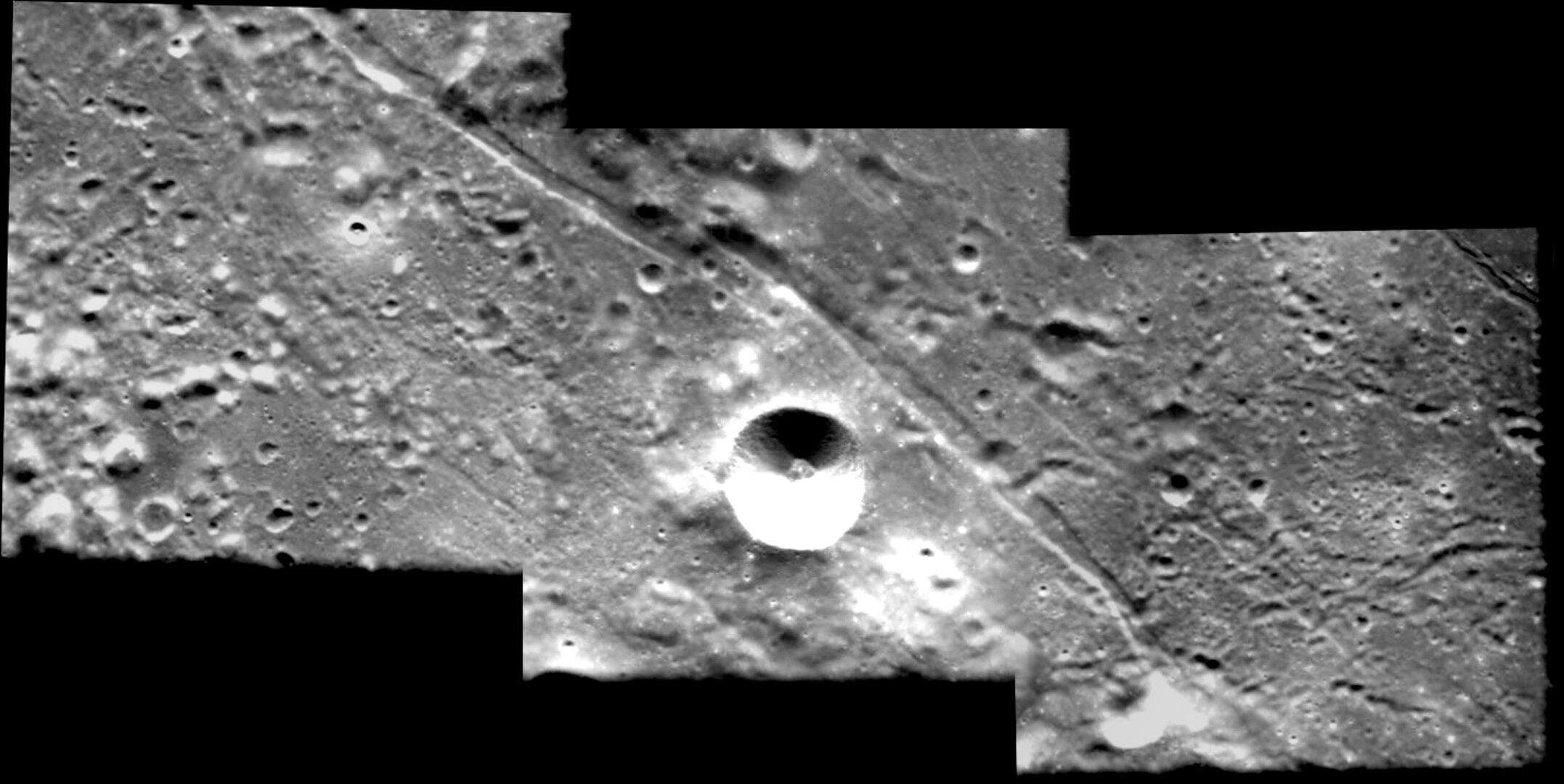 This mosaic of three images, taken by the advanced Moon Imaging Experiment (AMIE) on board ESA's SMART-1 spacecraft, shows the crater Mersenius C on the Moon.

Crater Mersenius C is positioned in the highland area between Mare Humorum and the Oceanus Procellarum. The crater has a diameter of 14 kilometres and is best visible for ground-based observers 4 days after first quarter Moon.

It is named in honour of Marin Mersene, a French philosopher and physicist (1588 - 1648). The crater is surrounded by a system of so-called 'grabens', which are fractures that form when the lunar surface sinks slightly as a result of faults.

The crater is named in honour of Marin Mersenne, a French philosopher and physicist (1588-1648).