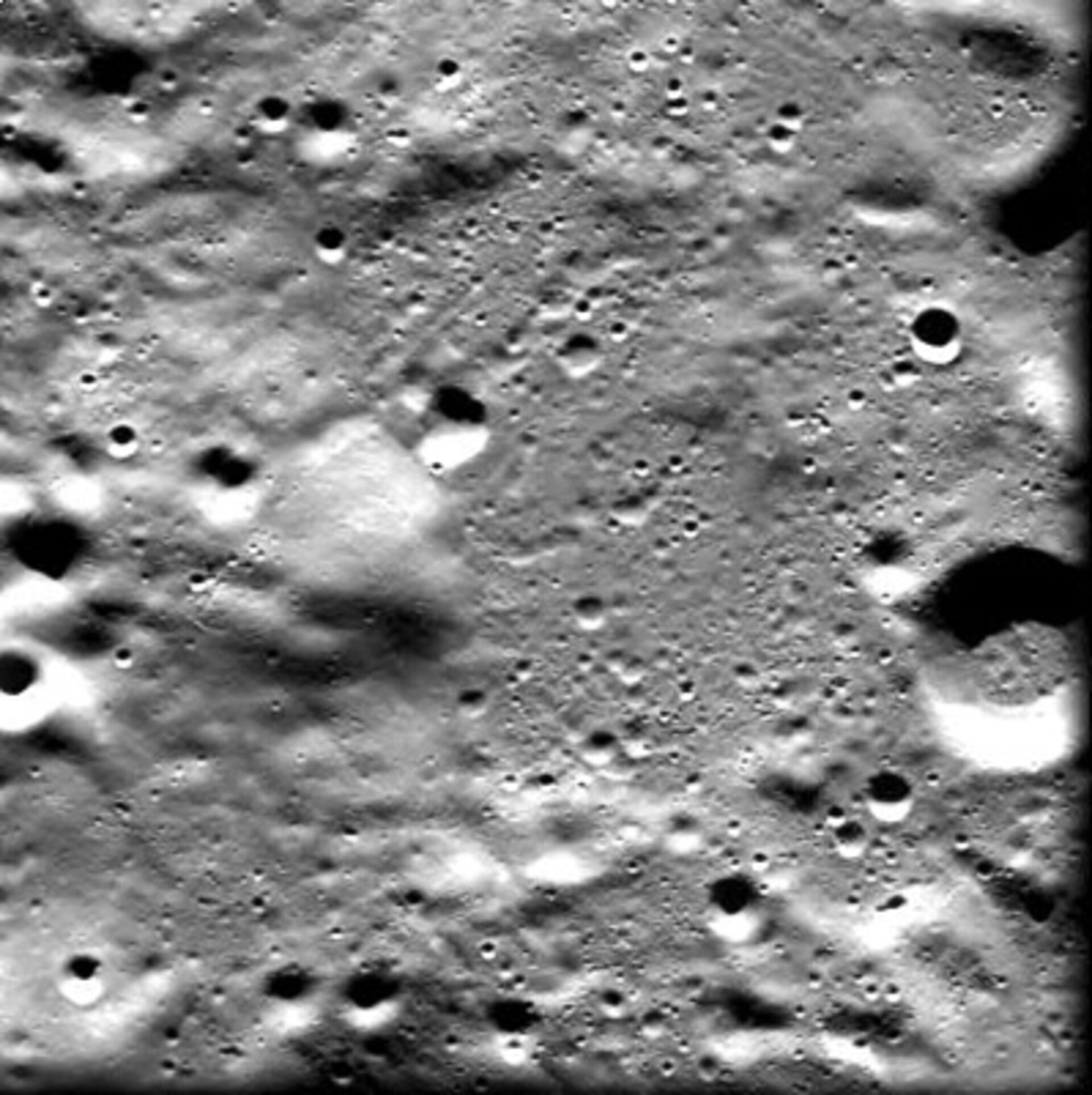 This high-resolution image, taken by the advanced Moon Imaging Experiment (AMIE) on board ESA’s SMART-1 spacecraft, shows an area close to crater Pentland on the Moon.

AMIE obtained this sequence on 18 March 2006 from a distance of 573 kilometres from the surface, with a ground resolution of 52 metres per pixel. The imaged area is centred at a latitude of 67.7º South and longitude 18.3º East.

During the course of its mission, Smart-1 orbited the Moon in a highly elliptical orbit, varying its distance to the lunar surface roughly between 500 and over 2000 kilometres. This particular image was taken from really close by.

The image scale makes it possible to clearly see craters as small as 200 metres. This image was taken near a surface feature named ‘Manzinus D’ in the vicinity of Pentland – an impact crater 56 kilometres in diameter, too large to be visible in the AMIE field of view. When seen from Earth these craters are very foreshortened, due to their southern latitudes.

Carlo Manzini (1599-1677), after whom Manzinus D was named, was an Italian philosopher and astronomer. Joseph Barclay Pentland (1797-1873) was a 19th century Irish politician, explorer and geographer.