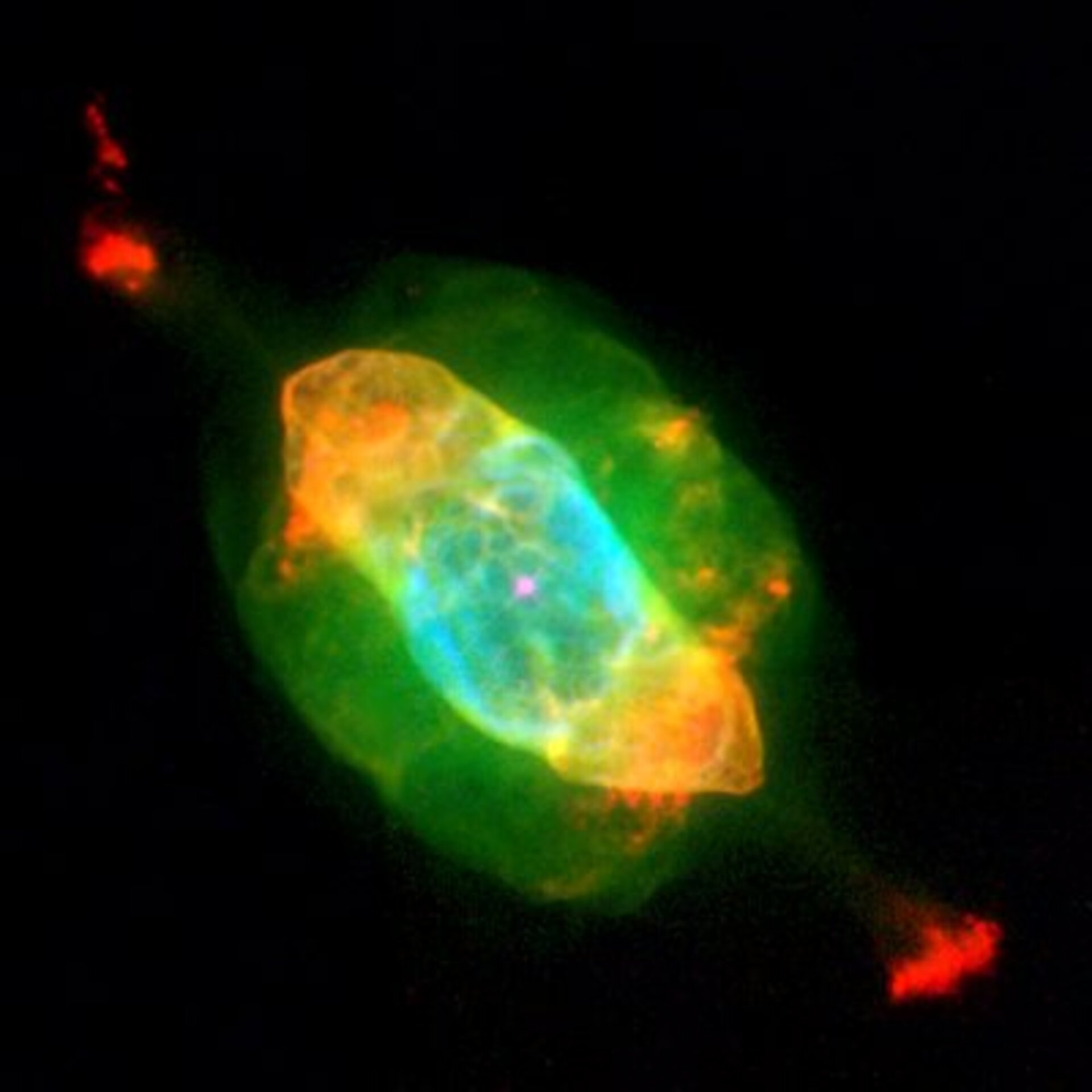 The Saturn Nebula (NGC 7009) was one of the first discoveries of Sir William Herschel on 7 September 1782.

This remarkable planetary nebula takes its name from its appearance, in early observations it had a faint resemblance to the planet Saturn with rings nearly edge-on.

NGC 7009 has a bright central star at the centre of a dark cavity bounded by an oval-shaped rim of dense, blue and red gas. The cavity and its rim are trapped inside smoothly-distributed greenish material in the shape of a barrel, which was the star's former outer layers.

Further away, lying along the long axis of the nebula, a pair of red 'ansae', or 'handles' appears. Each ansa is joined to the tips of the cavity by a long greenish jet of material, much like the hot gases that follow a bullet from the barrel of a rifle.

When Sun-like stars get old, they become cooler and redder, increasing their sizes and energy output tremendously, becoming 'red giants'.

When the red giant star has ejected all of its outer layers, the ultraviolet radiation from the exposed hot stellar core makes the surrounding cloud of matter created during the red giant phase glow: the object becomes a 'planetary nebula'.

A long-standing puzzle to astronomers is how planetary nebulae acquire their complex shapes and strange symmetries.