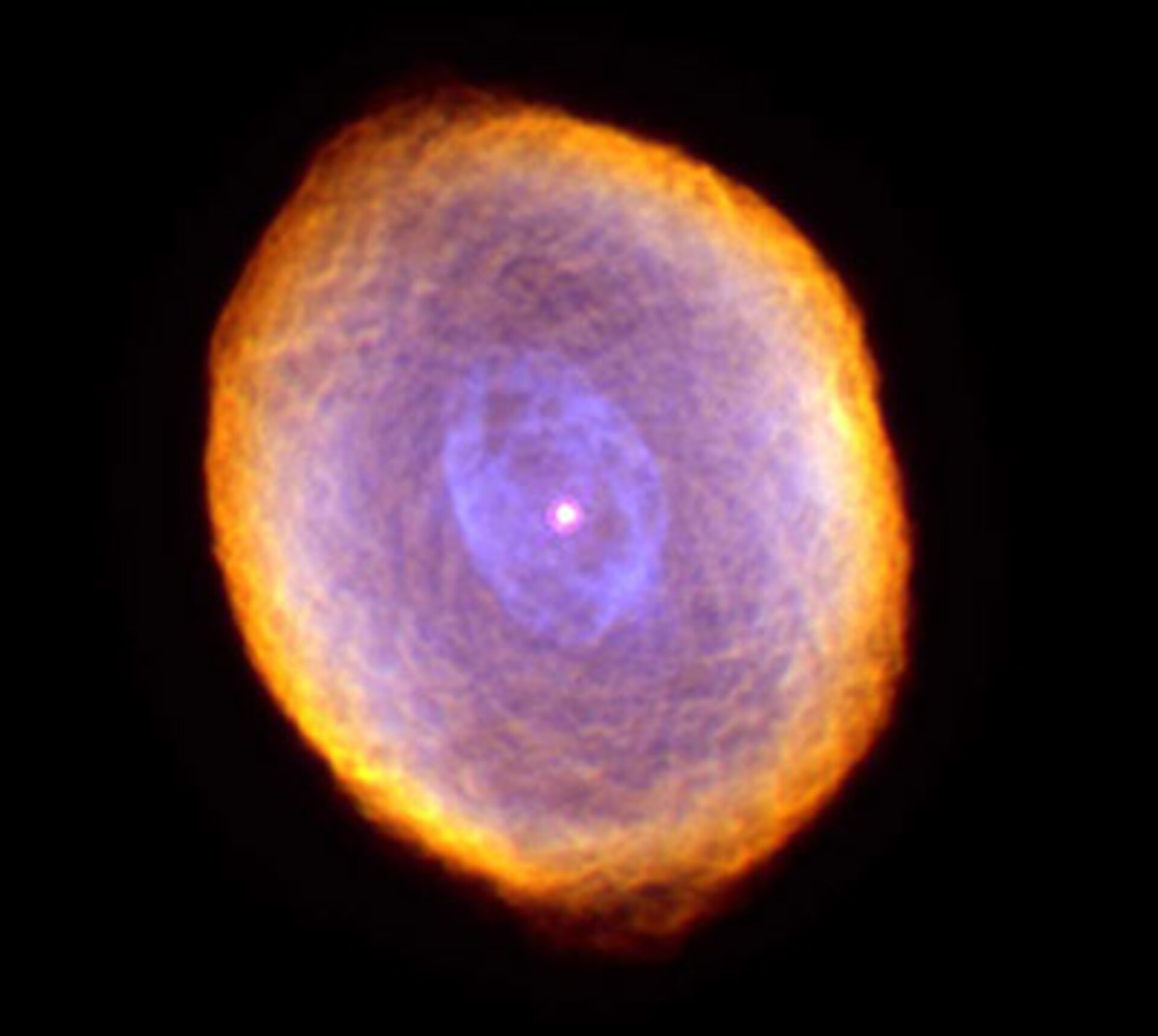 Glowing like a multi-faceted jewel, the planetary nebula IC 418 lies about 2000 light-years from Earth in the direction of the constellation Lepus.

This photograph is from the NASA/ESA Hubble Space Telescope, obtained with the Wide Field Planetary Camera 2.

A planetary nebula represents the final stage in the evolution of a star similar to our Sun. The star at the centre of IC 418 was a red giant a few thousand years ago, but then ejected its outer layers into space to form the nebula, which has now expanded to a diameter of about 0.2 light-years.

The stellar remnant at the centre is the hot core of the red giant, from which ultraviolet radiation floods out into the surrounding gas, causing it to fluoresce. Over the next several thousand years, the nebula will gradually disperse into space, and then the star will cool and fade away for millions of years as a white dwarf.

Only a few million years ago, IC 418 was probably a well-understood star like our own Sun. Our Sun is expected to undergo a similar fate, but fortunately this will not occur until some 5000 million years from now.

The origin of the remarkable textures revealed by Hubble is still uncertain. Perhaps they are related to chaotic 'winds' from the variable central star, which changes brightness unpredictably in just a few hours.