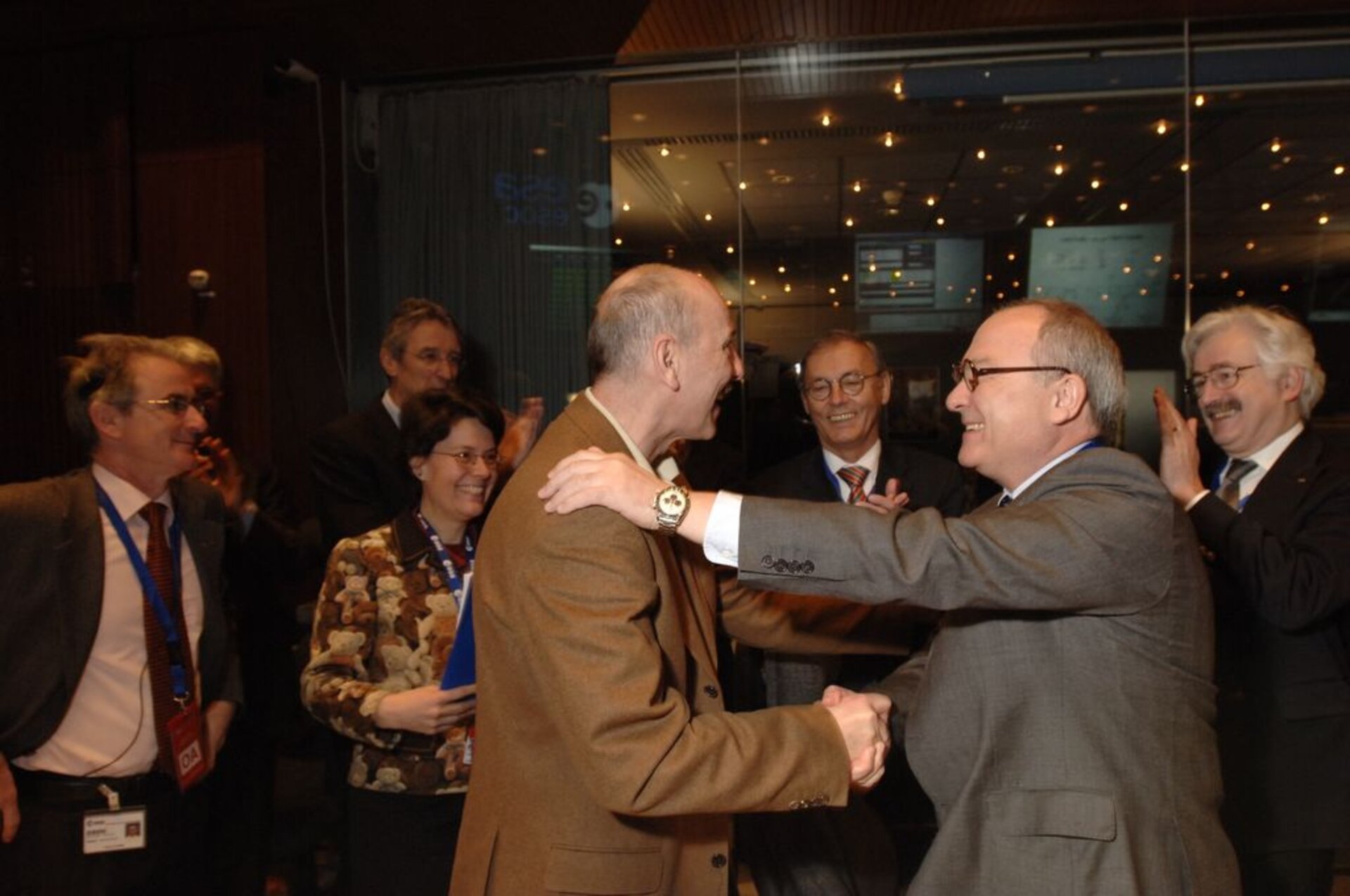 The ground team were able to confirm this by analysing the data that the spacecraft has been sending down to Earth after the first communication link was established at 11:12 CEST today.

ESA’s Cebreros ground station sent the spacecraft High-Gain antenna (HGA 2) receiver a sequence of tones. The time needed for the spacecraft to receive and then mirror these tones back to Earth, together with the precise measurements of the radio signal frequency change, provides point-by-point positioning and velocity of the spacecraft, and hence its trajectory.

The capture orbit is a long ellipse ranging from 350 000 kilometres at its furthest point from the planet (the apocentre) to less than 400 kilometres at its closest (the pericentre, which is almost over the planet’s North pole). The spacecraft will take nine days to travel this orbit, during which a few slots for preliminary scientific observations will be available.

A series of further engine and thrusters burns will then be needed to gradually reduce the apocentre during the following 16 orbital loops around the planet.

A period of commissioning for the spacecraft and its instruments will then precede the official start of Venus Express scientific operations on 4 June this year.