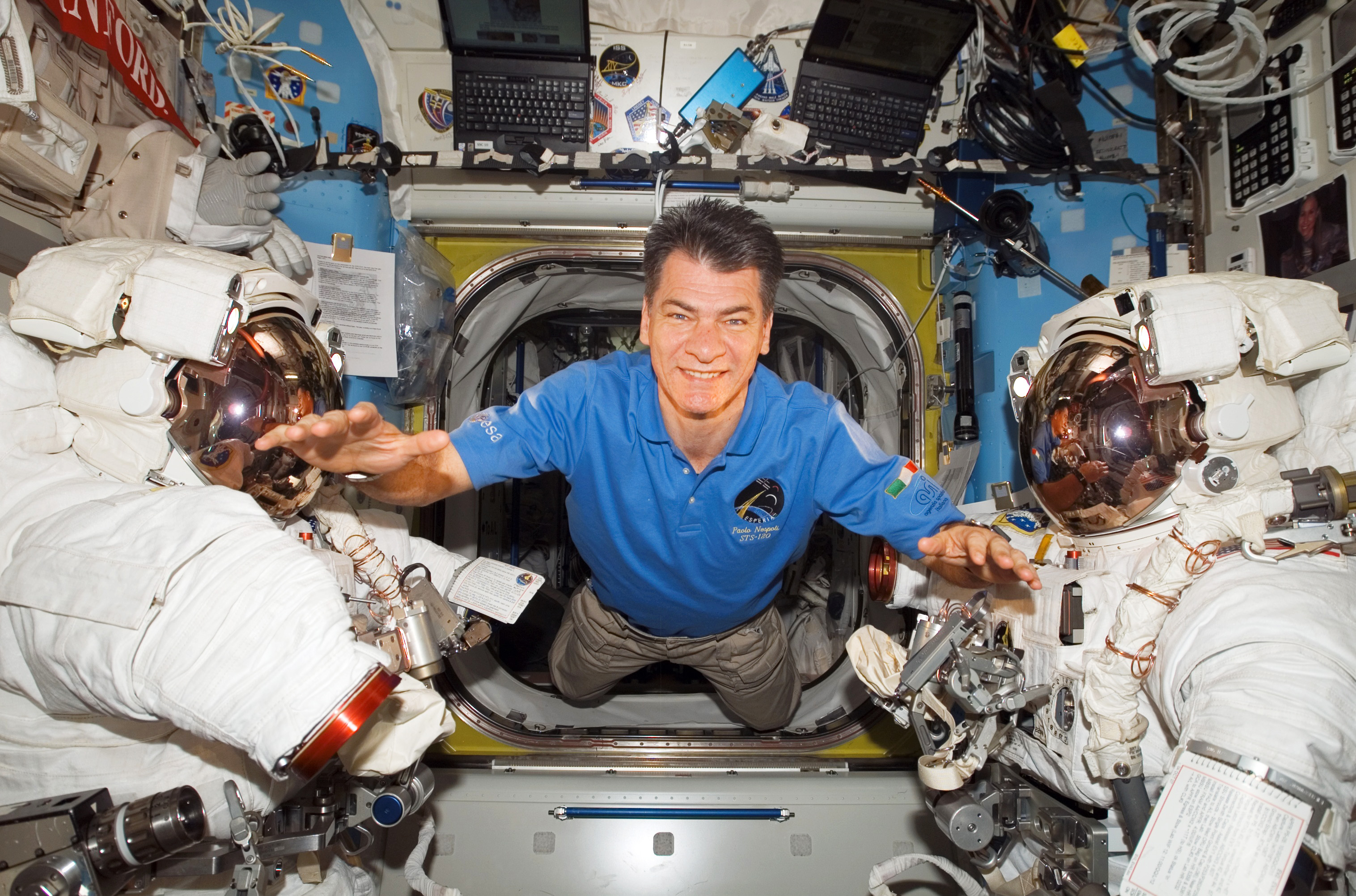 Paolo has a degree in Aerospace Engineering and a Master of Science in Aeronautics and Astronautics. In 1977 he was drafted by the Italian army and worked as a parachute instructor. He is also a Master parachutist, jump master and Special Forces operator.

In 1991 he joined ESA's European Astronaut Centre in Germany. As an astronaut training engineer, he helped with the basic training for the European astronauts.

In July 1998, he was selected as an astronaut by the Italian space agency (ASI), and one month later, joined ESA's European Astronaut Corps in Germany.

Paolo worked at NASA's Johnson Space Centre and at the Cosmonaut Training Centre in Russia, before flying as Mission Specialist to the International Space Station on board the Space Shuttle Discovery.

In November 2008, Paolo was assigned to his second spaceflight, Expedition 26/27. The long-duration mission to the International Space Station was launched on 15 December 2010.

Paolo’s duties as a flight engineer during his MagISStra mission included scientific experiments and technology demonstrations, as well as performing educational activities.

In September 2013, Paolo was one of six astronauts who took part in the CAVES mission. They spent two weeks learning to live and carry out experiments deep underground, in the huge caves at Sa Grutta in Sardinia, Italy.