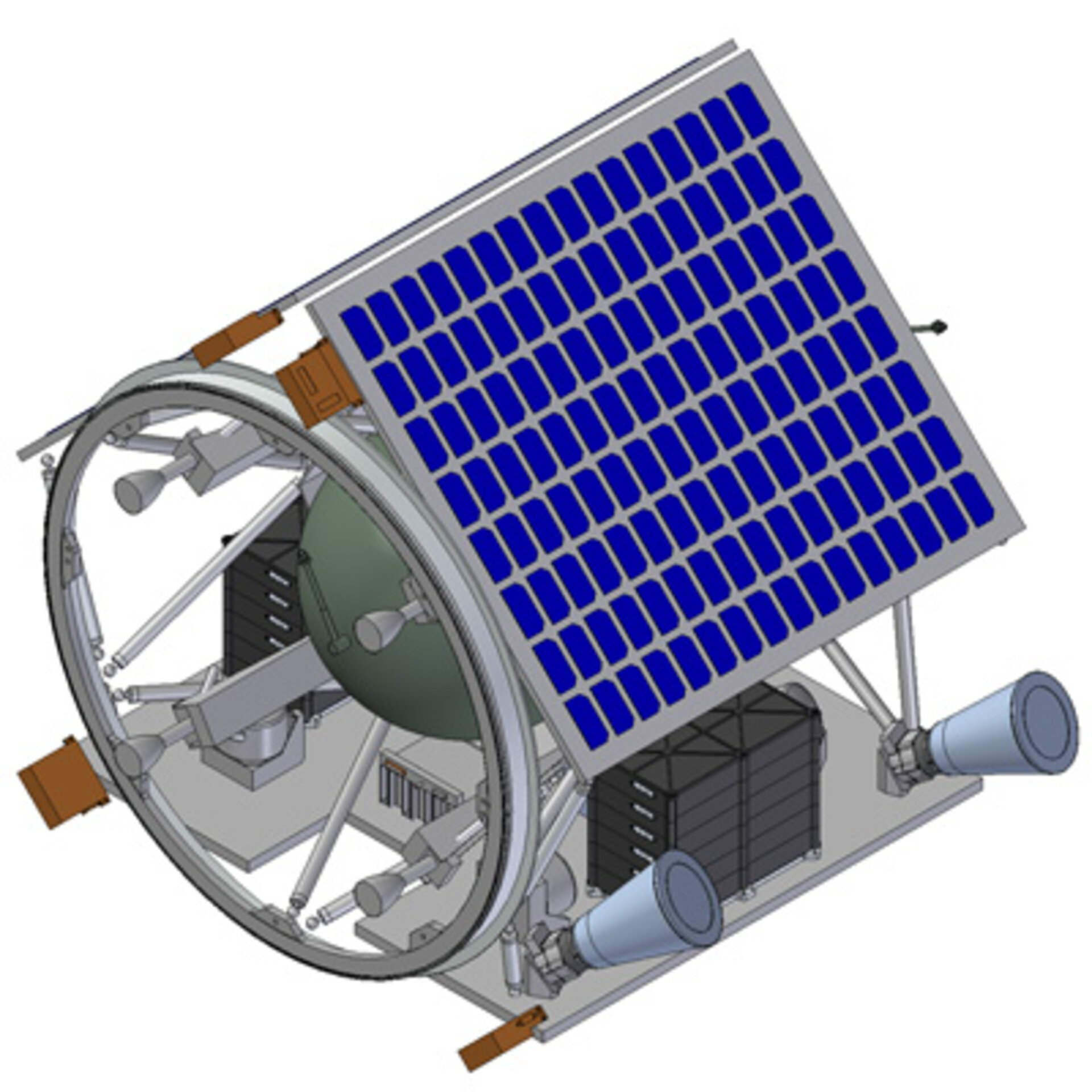 ESMO represented a unique and inspirational opportunity for university students, providing them with valuable and challenging hands-on space project experience in order to fully prepare a well qualified workforce for future ESA missions.

In addition, ESMO had a powerful education outreach aspect and strong attraction for younger students in high schools across Europe, by lowering the entry-level for lunar exploration to attainable university project activities. ESMO also represented an opportunity for students to design a lunar mission and so contribute to the scientific knowledge and future exploration of the Moon by returning new data and testing new technologies.

To conceive the first lunar spacecraft to be designed by students across ESA Member States and ESA Cooperating States.

To design a spacecraft to be placed in a lunar orbit using an on-board chemical propulsion system that can transfer the spacecraft from its initial Earth orbit to a polar orbit around the Moon via the Sun-Earth L1 Lagrange point.

To design a payload able to acquire medium-resolution images of the Moon's surface using a 2.5 kg narrow angle camera from a stable lunar orbit.

ESMO is the fourth mission within ESA’s Education Satellite Programme and builds upon the experience gained with SSETI Express (launched into LEO in 2005), YES2 (launched in 2007) and ESEO (the European Student Earth Orbiter planned for launch into LEO in 2013). Some 250 students from 21 universities in 11 countries participated in the project, which completed a Phase A Feasibility Study, preliminary design activities in Phase B and also passed the Preliminary Design Review.

The ESMO spacecraft was designed to be launched into Geostationary Transfer Orbit (GTO).

SSTL, as system prime contractor for ESA's Education Office, managed the ESMO project and provided considerable system-level and specialist technical support to the university student teams during the implementation of the project. The participating universities were selected at the System Design Review in June 2010.

The student teams were expected to provide most of the spacecraft subsystems, payload and ground support systems in coordination with their universities and SSTL in order to deliver their elements of the mission as part of their academic studies.