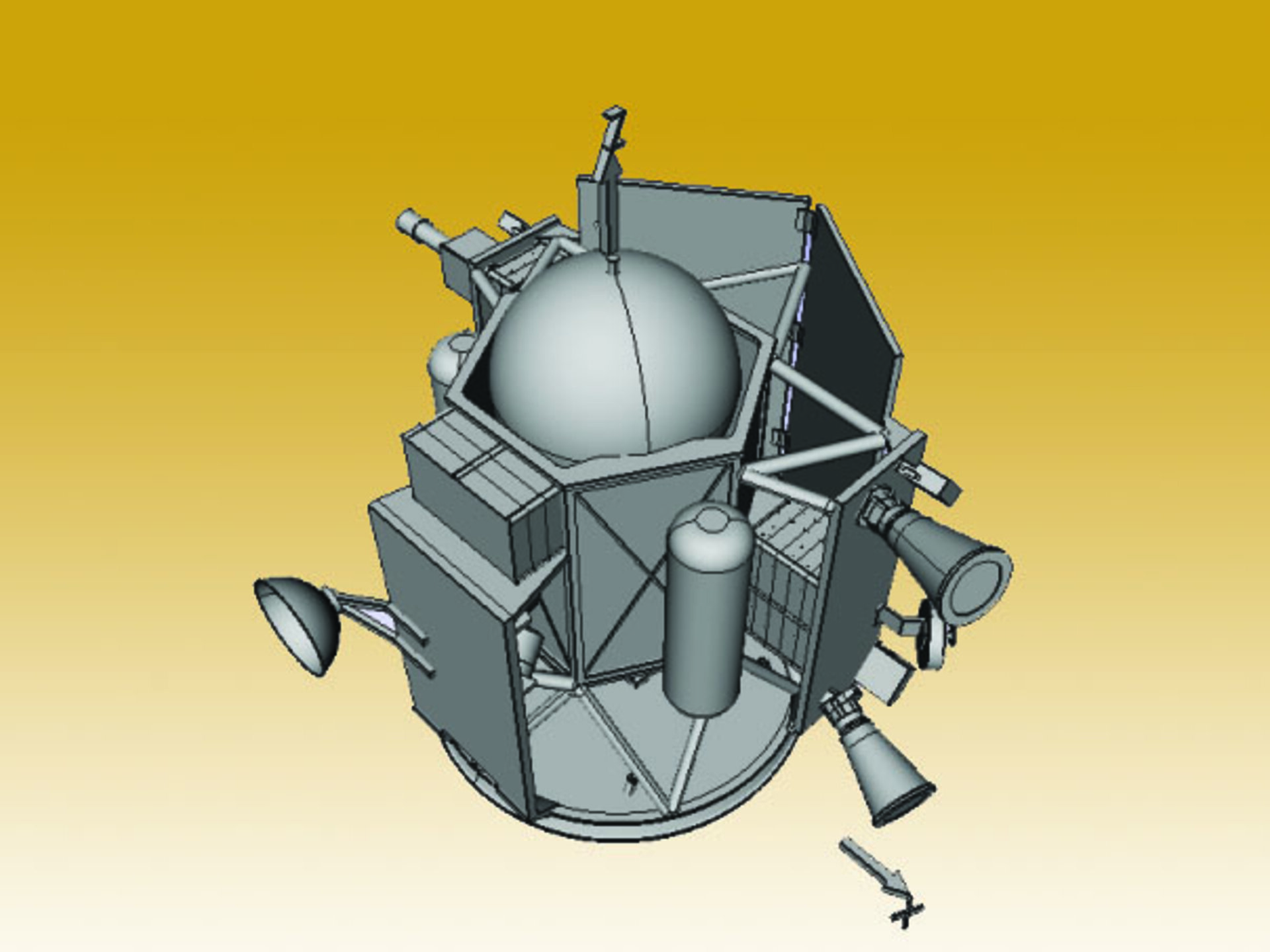 The European Student Moon Orbiter project passed its Preliminary Design Review in March. However, although the review board was confident that the mission’s objectives could be met, ESA’s Education Office has announced that the project will not continue to the next phase.

Following a full evaluation of the costs of completing the programme, Agency education officials decided that ESMO was not sustainable within current budget constraints.

A final presentation of the ESA-approved preliminary design took place at ESA’s ESTEC European Space Research and Technology Centre in Noordwijk, the Netherlands, on 16 April.

The European Student Moon Orbiter (ESMO) was started as an inspirational educational project that would attract science and engineering students with a long-term objective of ensuring a bright future for Europe’s space industry.

It also offered a unique opportunity for students to contribute to the scientific knowledge and future exploration of the Moon by returning new data and testing new technologies.

These objectives were spectacularly successful, with more than 300 students from over 20 different universities from across Europe contributing to the project to date.

The students performed their work on ESMO as part of their academic studies, under the supervision of their university staff, with Surrey Satellite Technology Ltd (SSTL), the ESMO industrial prime contractor, in charge of project management and technical development.

The educational objectives of the project have been achieved by providing students with technical guidance and mentoring from senior SSTL and ESA experts, through project workshops, intensive internships and concurrent engineering sessions.

The Preliminary Design Review (PDR) was conducted by a panel of ESA technical experts from the Directorates of Technical and Quality Management, and Human Spaceflight and Operations.

They concluded that the information presented was sufficient to demonstrate that the mission objectives could be met: using an onboard propulsion system to reach lunar orbit after a low-cost piggyback launch into Earth orbit, followed by imaging of the lunar surface and other experiments.

After the PDR, the Education Office conducted a thorough evaluation of the total cost-to-completion of the project, based on the approved preliminary design.

“Unfortunately, the total cost has increased during the evolution of the project to a level which substantially exceeds the current and projected budget constraints of the Education Office,” said Hugo Marée, Head of ESA’s Education and Knowledge Management Office.

However, the PDR confirmed that the approved preliminary design of ESMO is a valid, low-cost option for reaching lunar orbit or interplanetary space with a small payload. This capability could be exploited by ESA in the development of future missions beyond low-Earth orbit.

The exploitation of an ESMO-derived small lunar and interplanetary mission capability is now being assessed by ESA’s Technical Directorate, and was discussed at the PDR final presentation on 16 April.