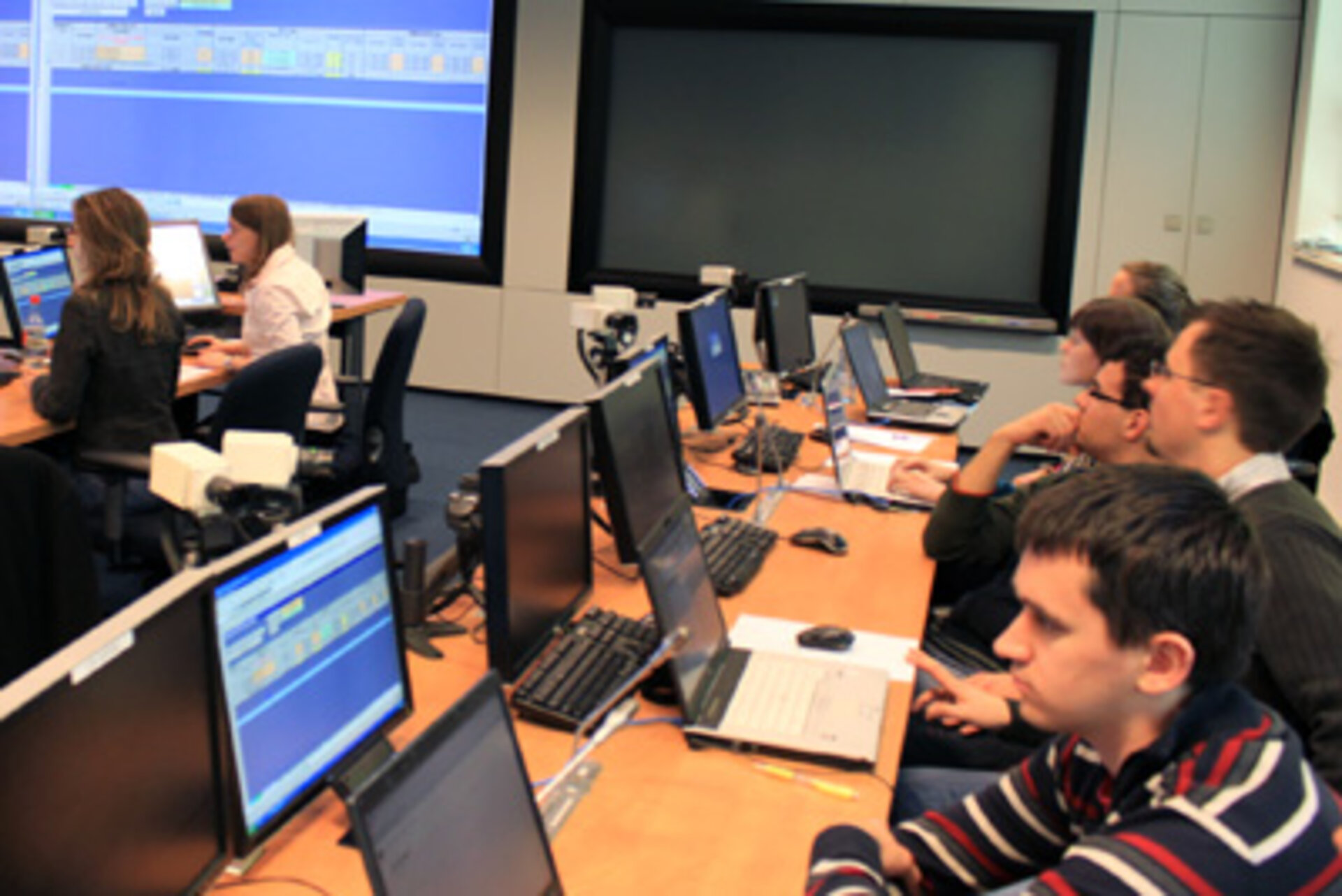 The European Student Moon Orbiter (ESMO) project passed its System Requirements Review (SRR) during a workshop held 22-26 March at ESA’s Space Research and Technology Centre (ESTEC) in the Netherlands. The successful outcome marked a major milestone in the project’s development.

More than 30 participants attended the event, including one student from each of the participating universities, and staff from Surrey Satellite Technology Ltd (SSTL), the project’s prime contractor.

During the SRR, the SSTL and universities team submitted its mission and system requirements, together with the system-level plans, for a rigorous review by a panel of 13 technical experts from ESA. This gave the students the opportunity to witness and learn about the Agency’s formal project review process, in preparation for their participation in future mission reviews.

Following the successful conclusion of the review, the agreed mission and system requirements will be updated. They will then be frozen and used to elaborate the design of the ESMO system (spacecraft, ground segment and payload). The selection of the universities that will participate in the latter stages of ESMO’s development, together with the mission’s final system design, will be presented and examined during a System Design Review in June.

The meeting at ESTEC also included the project’s Phase B2 training workshop, when the students presented the status of their ongoing technical work, in addition to receiving training from ESA and SSTL staff. Subjects covered in the training sessions included a detailed programme of design work for the next phase of mission development (B2), how to write system requirements, managing requirements and design data, selecting parts for the satellite’s equipment, and avoiding electromagnetic interference between the satellite’s electronic components.

One of the practical projects organised by ESA’s Education Office, ESMO offers future engineers and scientists the opportunity to obtain valuable hands-on experience with a real space mission. As the first European student mission to the Moon, it will also enable European students to contribute to the scientific knowledge and future exploration of the Moon by returning new data and testing new technologies. The spacecraft will be launched as a secondary payload in late 2013 or early 2014.