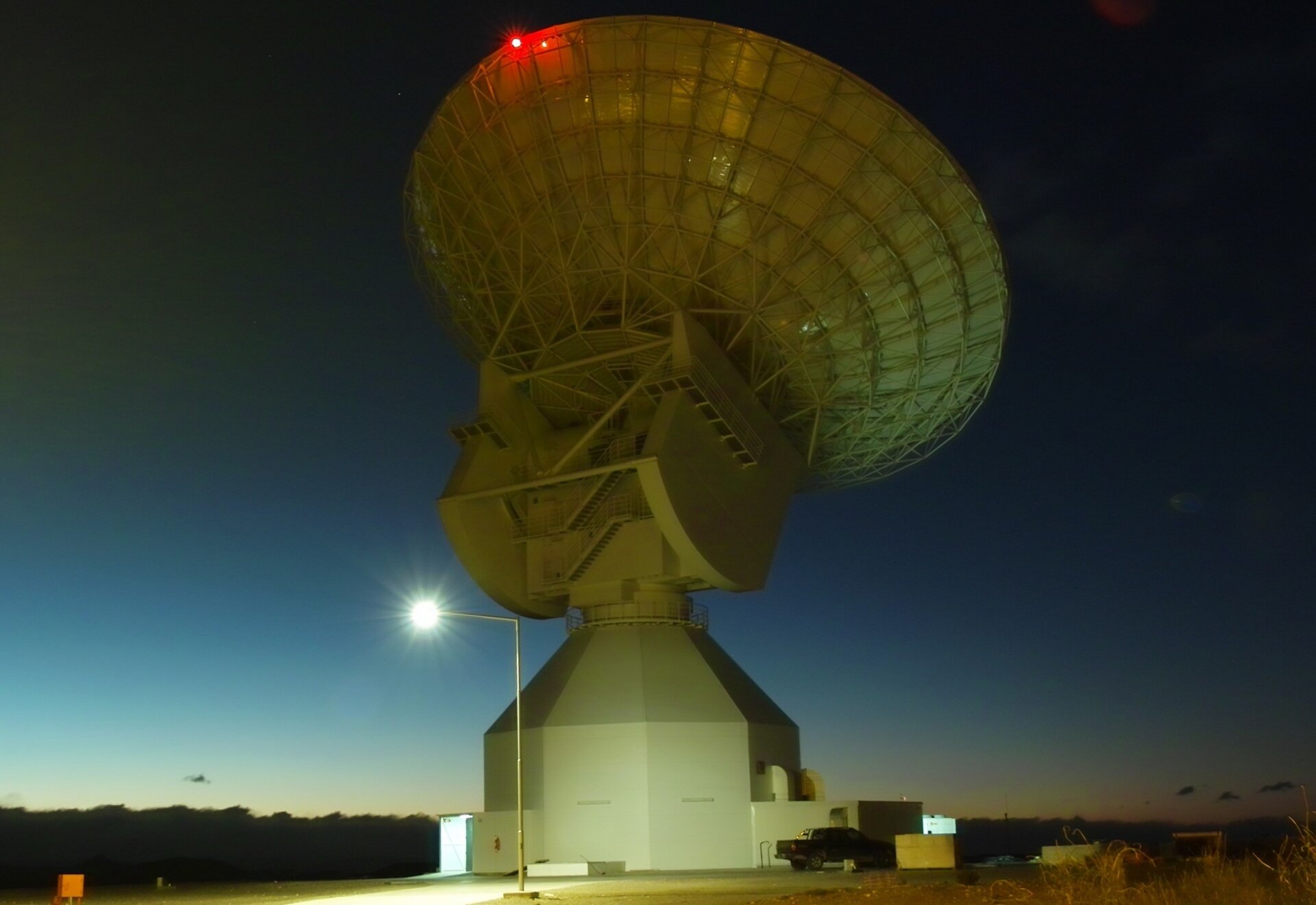 One of the world’s most sophisticated satellite tracking stations is nearing inauguration in Malargüe, Argentina, 1000 km west of Buenos Aires. The new station will ensure reliable communications with missions voyaging hundreds of millions of kilometres into our Solar System.

ESA’s new tracking station, near the town of Malargüe in Mendoza province, joins two existing stations in Spain and Australia to provide global coverage for the Agency’s deep-space missions.

With major construction complete, teams are preparing DSA 3 for hand-over to operations, formal inauguration late this year and entry in routine service early in 2013.

The first test signals were received in June 2012 from Mars Express, over a distance of about 193 million km, proving that the station’s technology is ready for duty.

“We have been able to quickly and accurately acquire signals from ESA and NASA spacecraft, and our station is performing better than specified.”

Maddè says part of the reason for the excellent performance is the improved ultra-low-temperature amplifiers installed at the station, and also the fact that it’s located at 1500m altitude in the clear Argentinian desert air.

Like the New Norcia and Cebreros stations, Malargüe is equipped with a giant 35 m-diameter dish antenna and super-sophisticated cryogenically cooled low-noise amplifiers to detect faint signals and operate at various power levels – up to 20 kW – to transmit commands.

The tracking capability of all three ESA deep space stations also provides support to partner agencies such as NASA and Japan’s JAXA, who likewise make their tracking networks available to ESA missions, helping to boost science data return for all.

The three are also equipped for radio science, which studies how matter, such as planetary atmospheres, affects the radio waves as they pass through. This can provide important information on the composition for the atmospheres around Mars, Venus or the Sun, for example.

The ESA stations can use the highly accurate ‘delta – Differential One-Way Ranging’ (delta-DOR) technique for very accurate locating and navigation of spacecraft in our Solar System.

This sophisticated method uses quasi-stellar radio sources – very energetic and distant active galaxy centres – as calibration points to fix the location of a spacecraft to within a few metres.

“The commissioning of this station into ESA´s deep-space network allows us to serve the most demanding scientific missions of ESA and provide the required communication capacity for transferring large volumes of scientific data from the sophisticated instruments onboard ESA spacecraft,” says Manfred Lugert, ESA’s Head of Ground Facilities Operations.

“The design, development and construction of this station marks a huge success for ESA and our industrial partners,” says Juan Miro, ESA’s Head of Ground Systems Engineering.

“It helps to confirm ESA as Europe’s top space research and development organisation.”